Orders Given Under Unfortunate Circumstances

by John Dodge 2 months ago in Series

The fourth short story about a world not quite ended 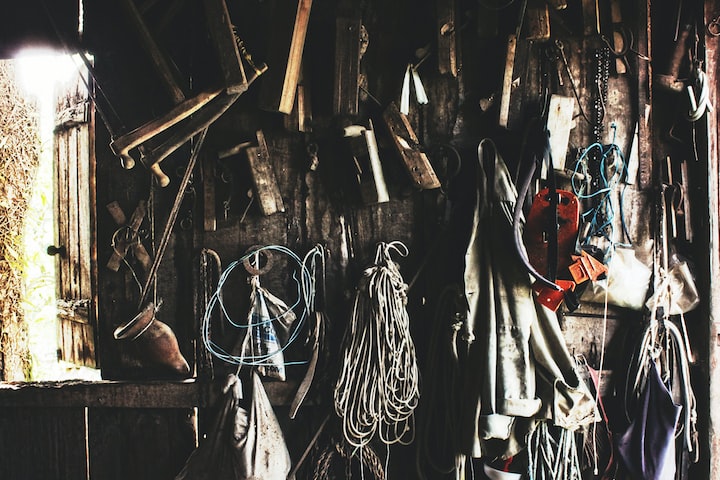 Photo by Ariana Prestes on Unsplash

This series begins with Lockets Full of Instructions. This story takes place after the events of Summer on the Horizon.

It took almost nine months to make the house comfortable to live in. It took three weeks to make the barn comfortable to work in. That was born out of necessity, though. Real necessity. A need to provide sustenance and safety for myself before providing anything that would bring me a moment's peace or bout of pride. The past three days feel like those three weeks working on the barn all over again. Sustenance and safety. No peace. No pride.

I don't know how the time passes like it does. It's easy to get lost in the guilt. That's not something I should be dealing with. I didn't start this. I'm not even going to be the one to finish it. Maybe that's where the guilt is coming from. It doesn't make me a coward, but if all of this ends here I know that means the others died out there, and I'm not enough to save this place alone. Adam and I talked about booby trapping it for a short while. He thought it was a bad idea all around. I think that would have just make the people who live here feel like prisoners in their own home. I think we were both right. Some of them would be fine in a fight I'm sure. The town wouldn't.

I don't know if it's worse that I have no idea who we're dealing with upstream or that I don't want to know in the first place. Whatever poison they leached into the river would have killed most of us if it hadn't gotten to the crops as quick as it did. Jesus. They don't have any idea what they've done. I wish I could say it was an accident or some sort of unnatural disaster. I know it wasn't, though. And I know they'd do it again.

The thing I didn't tell anyone besides Adam is that I saw one of them. One of their scouts who didn't know I was watching for them. That bastard. He was wearing a trophy, at least one. Some gruesome little thing that I don't want to think about dangling in their poorly crafted ghillie suit. "Mad Max bullshit" is what Adam calls it. Adam told me about some of the things he saw, the people that latched on to whatever twisted power fantasy they could live out without repercussions after the world fell apart. Somebody like that maybe would have ended up in prison or kept their crazy on the internet a decade ago. Now they do whatever they want until they get killed for it or die of exposure. I wish we had time to wait for that instead.

I may as well be pulling the triggers myself. I gave the orders. Maybe they were under unfortunate circumstances, but I gave them. I sat Adam down to help me plan this all out. I put together the lockets and pocket watches in the barn at night. I gave the orders. All I can think of is how bad I want it to be the right people who die tomorrow, and how fucked up it is that I would even think that in the first place. If we don't make it, God, let them come for me first. I don't want to live as that kind of a failure.

You can find John Dodge writing all sorts of stuff, from fiction to cannabis reviews, right here on Vocal. You can also find him writing about comic books on CBR.com, as well as on social media here, here, and here. If you liked this article, hit the heart shaped button below to let John know how much you enjoyed his work, it's completely free! You can even send a tip to the author right next to that, which is not free, but you could always lie to yourself and say that it was if that would make you feel better about it.