Of Men and Mermaids

Her sea serpent tail breaches the water as it lashes, like the re-emergence of a myth, but she is slowing. 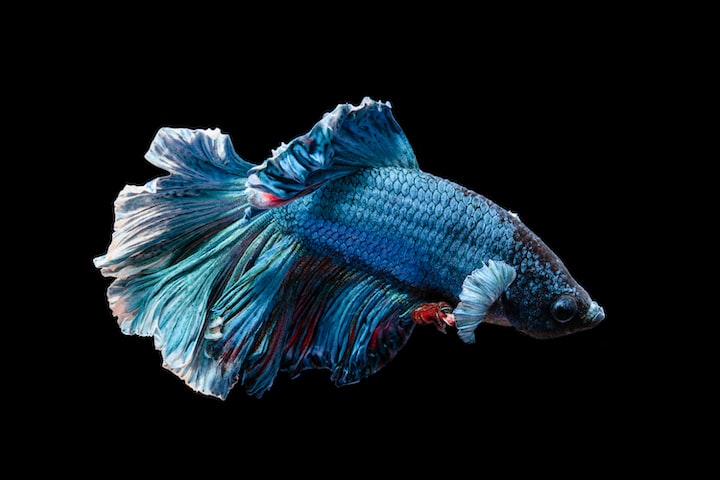 Photo by Kyaw Tun on Unsplash

There is horror in her wide-grimace gape mouth.

The shark is a living portrait of ‘The Scream’. Her body wallops the wood deck and the water on her skin leaves dark impressions of her pointed form. Her gills pump wild for water that isn’t there.

“You don’t need to watch,” my dad whispers, but it is too late.

The Captain had said the boat was too small for the shark and I wish we had listened.

“It will tire out soon, don’t worry.”

The shark is maybe one and half metres of sleek fish muscle. Blood leaks from the place the hook punctured her, but she is still full of energy. The captain edges toward her with his knife and rope but the shark thrashes like a rabid nerve, like an animal that knows she should hunt or flee but can do neither.

“We need to drag it again.”

I move round to the back of the boat, to look at the tracts of rich blue saltwater, to try to forget about the killing going on at the bow, but I can still hear the shark’s thumping, still hear the tense “watch it, it watch it!” of the captain and my father and the man who pulled up the shark, some middle-aged holiday-maker with a big ball belly and an almost bald head.

A deep-sea fishing expedition it had been, to end our lovely seaside holiday.

They have her. She is tied against the side of the boat. A terrible pummel of white froth saturates her. She cannot swim properly, cannot breathe. Her sea serpent tail breaches the water as it lashes, like the re-emergence of a myth, but she is slowing. Within minutes her movements become only those of the tide, bobbing limp on the curl of each wave.

“You’ll have a ripper photo to take home to the missus soon.”

The man who caught the shark smiles.

“It was your lucky day, mate.” All the grown-ups seem to agree.

My dad catches my shadowed expression. “It’s only a gummy shark, love.”

It ends just before sunset. The men put her in a Styrofoam container.

“You can touch it now if you want,” says the Captain.

Her skin feels like I think it would, like sandpaper, but in the coffin dark of the box it has lost its shimmer and turned dull, a lunar surface.

Mum and little sister await us at the dock. We present our spoils: a Dhufish and a big Baldchin Gropher.

“We could make soup out of the head of that one,” she says gesturing to the Gropher, “and lots of fillets with parsley and potatoes.”

Sister and brother and I make for the shore adjacent to the rented beach house as our parents negotiate dinner. We find jelly-like sea plants trimmed and curled and blushing red on their translucent edges, as fine and as beautified as queenly garments, the lace of mermaids. Little sister and I make hair and hats of them as little brother slaps them against us, screaming.

Sunset becomes a dark blemish over the ocean as night is called in. Over pot noodle supper the tale of the shark is regaled, with added heroics and near-misses.

“It had such big teeth mum! Almost got me and Dad.”

“Bloody guy from the charter didn’t want to bring it on board,” Dad says, “bloody lazy bastard.”

Mum winces. “Let’s talk about something else, I don’t really want to discuss things dying when I’m eating.”

The conversation moves to the logistics of tomorrow’s drive and whether there is enough ham leftover for a packed lunch.