by Emma Ogilvie 9 months ago in Short Story
Report Story

We sat, embracing each other, surrounded by chaos and fire as the world ended. 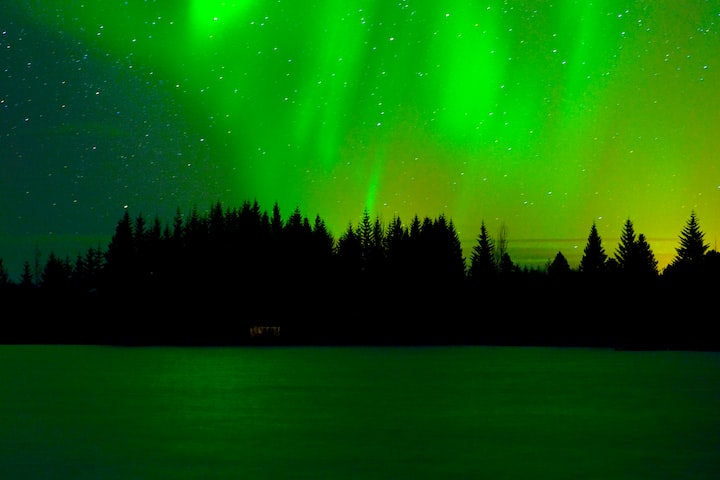 Photo by Kristjan Sverrisson on Unsplash

Our land is dying; quickly. We no longer have clean water or fresh air because the fires have created ash—ash that looks like dark grey snow falling from the clouds, coating the ground. The first impact caused almost everything to be engulfed with fire. Our homes are destroyed. Lives have been lost. We have limited supplies from being in the city. Receiving little to no warning for this natural disaster has made us sitting ducks. The temperature is rising from the sky being filled with ash, fire, and chaos. The temperature isn’t inflicting any harm to our bodies yet but it is becoming uncomfortable. As we sit on the bench, all we are left with is fear and uncertainty of when our time will be up.

This morning felt like every other day. I woke to Deacon cooking me breakfast. His special: bacon and eggs with sauerkraut. I thanked him but today we started to argue over such trivial things—if we knew how today would end we wouldn’t have argued over such silly things. We were in the middle of an argument when the shock caused the glass windows to explode and for the flooring to violently crack and give way. Our argument was immediately forgotten and we rushed towards each other; thinking our embraces would keep us safe but they didn’t. We both fell through the floor, causing us to land on the ground floor amongst the rubble.

It all happened so quickly. One moment we were in our apartment, the next I was stuck under the rubble on the ground floor. I wasn’t under for long because Deacon was calling my name—his voice laced with fear until he found me—and when he did find me, he pulled me out from underneath plasterboard, concrete and furniture. He quickly looked me over to see if anything was broken but nothing was. I could feel hot liquid falling down the side of my face but it mustn’t be too serious for Deacon to not look over it for too long. Deacon had no major injuries. He only had bumps and scrapes.

“Quickly,” Deacon urged. “We need to get out of here.”

Deacon pulled me along until we were out of the groaning building but I was pulled out of the building and straight into a frenzied robbery. I couldn’t register what was happening at first but at first I was overwhelmed by a man yelling for food, money, and clothes. Deacon’s shouts to let me go sobered me up. This man was robbing us. I shrieked at the pain from this man pulling my arm too hard. Deacon pounced and clocked the man fair in the jaw. Unfortunately, when the man fell, he took me down with him. Deacon’s strong arms pulled me out of the unconscious mans arms. Everything was too loud. There was banging, people crying, buildings falling, the sound of flames and other noises I cannot register. Eventually we found ourselves sitting on the bench in the park that is next to the remnants of our building. There were no need for words. I could see the fear and the love in Deacon’s eyes as he looked over my body once again for any further harm. Looking at our surroundings and the state of our city, he knew we were going to die but Deacon was a true gentleman, he still tried to protect me. Once satisfied with my condition, he kept looking for any dangers around us: meteorite impacts, angry and unruly fires, shock waves, collapsing buildings, people attempting to rob us even though we have nothing but the clothes on our backs. The danger wasn’t around us—the danger is above us and coming directly for Earth. We could see three large comets closing in on us. There was no hope for humanity. If small meteorites caused such chaos than humanity had no chance against these three comets blazing through the universe to Earth. Three comets trailed by bright streaks of hot air and gases.

I teared my gaze away from our impending doom and looked at Deacon. Tears formed in the corner of his eyes. For a man, he was never afraid to show his sensitivity and feelings. I’ll miss that.

“I don’t know what is going to happen but I am here with you,” said Deacon. “I will be with you until the end.”

“To this lifetime,” I started.

“And to the next where I will find you.” Deacon finished.

The heat was becoming unbearable as the fires and the comets get closer. My tears were uncontrollable. I was shaking with fear.

"Only look at me, baby!” He begged. “Just focus on my breathing.”

Deacon pulled me into our last embrace and I stayed there in his arms. I clung to him tightly as his strong arms wrapped around me; he held me as if his barricade alone could save me. I focused on his breathing and his heart beat but the sound of a deafening crack made us both look up and sideways to the sky; still holding onto each other. Impact has been made. As the shock wave made it’s way towards us, the change in gas properties made the sky light up above the tree tops. There was no time for more heartfelt words between two lovers—the shock wave was coming toward us at a deadly pace. All I had time for was the recognition of how Deacon’s arms tightened around me, and how an image of a green light flashed before our eyes. I didn’t feel our deaths. All I saw was beauty. Our lives—possibly the end of humanity—died with a green light, reminding me of the Northern Lights.

I am health professional who writes to lighten the soul from the day to day stresses. Writing is my escape and reading brings me joy.

More stories from Emma Ogilvie and writers in Fiction and other communities.