by Rose Tee 5 months ago in Short Story
Report Story

It only takes a moment to start something new. 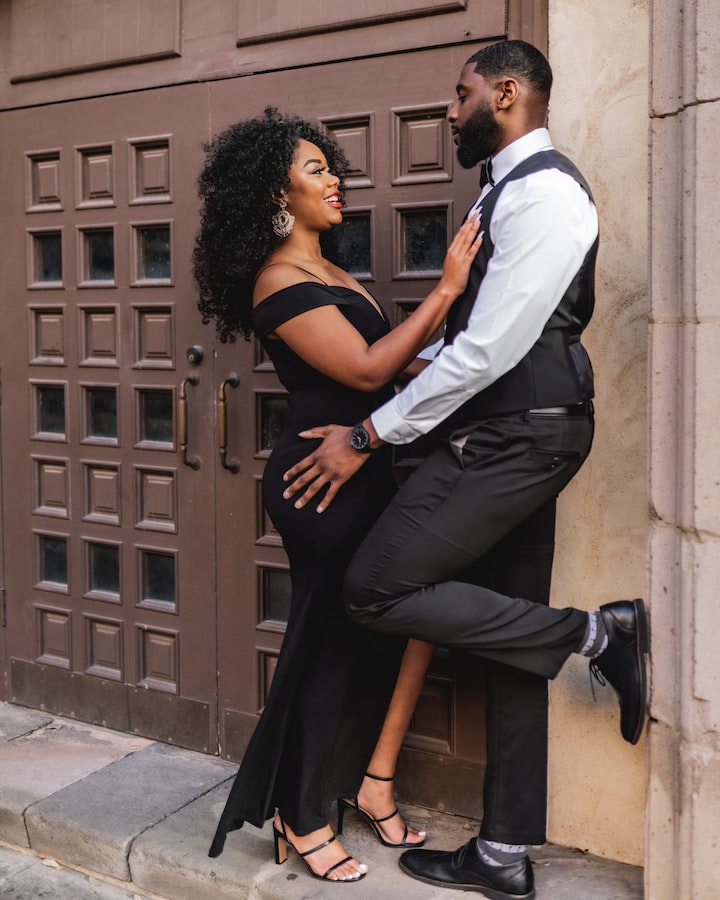 Photo by Nevels Media on Unsplash

He stood at the edge of the room, scanning all the faces in hopes that he would see her. His white shirt collar, with the knot of his light blue tie settled snugly against his throat, made him want to hyperventilate. Had anyone noticed how nervous he was? It seemed as if sweat was pouring from him and he was praying that he didn’t have noticeable underarm stains. How embarrassing would that be? Why couldn’t he find her?

His head was on a swivel as he walked through the crowd. Folks stopped him for idle talk. This was frustrating as hell as they were keeping him from her, but he obliged. Ever the gentlemen. Never let it be said that he was rude or unaccommodating. But wasn’t that the problem? Isn’t that what got him into this situation in the first place?

He was a man raised with manners; but he had taken congeniality to the point of his detriment. This allowed him to let people walk all over him. He was a people pleaser that had a hard time saying no. People took advantage of that. Family, friends, strangers, everyone. He could hardly blame them because he never stopped them.

People borrowed money from him and acted as if it was an inconvenience when he asked for it back. And he felt bad after doing so, having worked up the courage to even remind them. Was it really a reminder? People knew when they owed you money. His people would bring it up jokingly and then say something like this, “As long as I owe you, you’ll never be broke.” What kinda crap was that?! It wasn’t so much the money as it was the principle. It was the disrespect of it all.

Now, as he stood in the ballroom pretending to listen to Justin Peterson drone on about the new car he’d bought.

“Just shipped in from Italy…,” Justin boasted and continued on with specifics about the car that he cared nothing about. He was nodding his head (agreeing to what he didn’t know) when he saw her. He caught a glimpse of her past Justin’s shoulder.

She was laughing. Head thrown back, one hand on her chest, the other slapping her leg, laughing. And she was laughing with Derek of all people. Derek was a 5 foot 10 inch, dark brown skin, tattooed ladies man. Most importantly, Derek was his friend. Right now he had that look on his face that said he was giving her his best lines.

Anger and determination washed over him. This wasn’t the first time he and Derek were after the same woman, but this would be the first time that Derek didn’t win. He straightened up to his full 5 foot 11 height, shoulders back, chest out, and walked over to her, barely saying goodbye to Justin.

Derek caught sight of him over her shoulder and he smirked. He grabbed for her hand and made to pull her away, but this time, luck wasn’t on his side. At that exact moment, for whatever reason, let’s call it fate, she turned and saw him. Her head dipped slightly and she gave him a wide smile. Ahh, there’s that sweat again. He mustered all his confidence and reached for her hand when he stood in front of her.

“Margo,” he said as he brought her light brown hand to his lips and gently kissed it. His voice was husky with emotion. She made him nervous and he was glad he was able to even get her name out.

“Malcolm,” she replied, a flush coloring her cheeks.

“Dance with me?” Malcolm held onto her hand as he asked the question. He saw Derek’s mouth open slightly in surprise. Where was shy, reserved Malcolm? On the outside, Malcolm had put on a brave face, but inside his mind was screaming that she was going to reject him. Why would she want to give him a chance? All the times they’d been around each other for the past few months, he’d barely talked to her. The majority of their conversation had been business related, hence the fundraiser they were at now, and the times where things could have been personal, he’d clammed up.

Derek had been there for it all. That’s what happens when your friend is also your business partner. He’d seen all the long looks Malcolm had given Margo. He’d encouraged Malcolm to talk to her, but each time, Malcolm played it off as if he wasn’t as interested as he was. Malcolm went with the mindset that isolation was better than rejection. Since he hadn’t made a move, Derek took the chance to. It wasn’t anything overt, but Malcolm knew Derek’s moves.

This time he wasn’t going to count himself out. This time, Malcolm would beat Derek…would BE Derek. This time he would get the girl. The smile on her face brightened the darkest recesses of his rejected heart as she nodded yes, squeezing his hand as she pulled him to the dance floor. As he wrapped his arms around her, their bodies pressed together, moving with each other as if directed by a master conductor, Malcolm felt this was just the beginning.