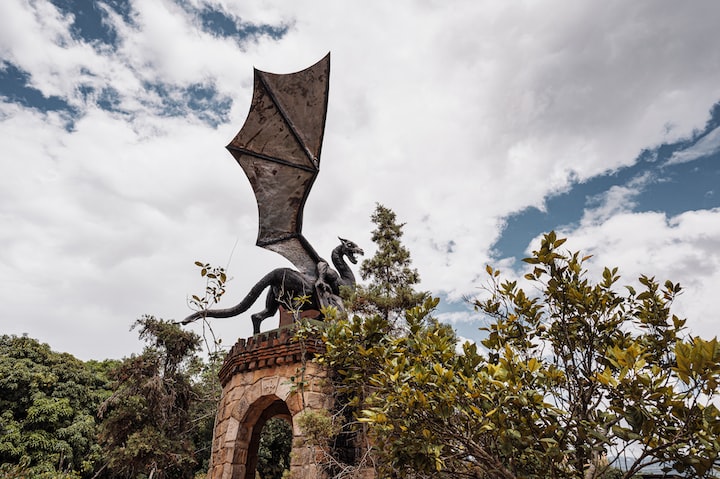 Photo by Conscious Design on Unsplash

The winter was unrelenting. The Great Lakes were almost completely frozen. The Coast Guard Icebreakers were out daily to keep the ferry routes working. The February thaw didn't happen, nor did March's. It was well into April, and the weather forecasters still couldn't deliver good news. There was nothing they could see that indicated any relief from the frigid temperatures. Punxsutawney Phil, Wiarton Willy, Jimmy the Groundhog, Dunkirk Dave, and Staten Island Chuck had been placed in protective custody. Stores were entirely out of any heating device, indoor or outdoor.

The pond in town was silent. There was no sound of blades gliding over the ice or of anyone shouting, "Pass the puck!" Even the long chains of children playing crack the whip had stopped. Everyone just wanted spring to come to warm their bones and rejuvenate their spirits.

In early May, Navin's mother knocked on his bedroom door. "Navin, you can't hide anymore. It's time for you to break the spell. The Frost Sprite Queen is in control. You must act now before the people give up all hope of spring and summer's bountiful crops."

Navin looked up from his laptop. "Mother, we discussed this. I'm not a Fae! I'm human like you. I want nothing to do with my father or his life!"

His mother sighed. "Navin, you can't deny the part of you that is magical. Your father was a force for good. He helped protect the world from the dark forces. The good Fae must help protect the humans. Protect me, Navin."

Navin closed his laptop. "I'm going for a walk. Please don't discuss this again. I'm a human, and I have no intention of using any power I might have from my father's side".

He walked along the boardwalk, observing the seagulls huddled together in massive groups on the shore. An occasional Mallard was gathering warmth in the middle of the seagulls. His emotions were raw. He took the path up the hill into the forest, which he always found calming. Before he reached the top, a large egg rolled in front of his boots. Navin bent down to look at the strange egg. He noticed a large crack in the shell. Something was moving inside.

"What on earth are you, little one?" Navin asked. He grinned at himself talking to an egg.

The egg split more, and a little claw popped out. "Oh dear, I'm not sure you're supposed to be coming out feet first!" As he watched, the egg shattered. A scaly little creature emerged.

The creature shook itself and took a wobbly step before tipping over. Navin reached down and uprighted it. "Wow, you're a rough little thing. What kind of bird are you?"

It blinked and made a gurgling purring noise. Navin's heart melted. "I don't know what you are, but I will protect you until I can find your mother!" He scooped up the tiny thing and tucked it in the kangaroo pocket of his hoodie. At home, he placed it in a shoebox in his bedroom.

A few days later, he realized that it wasn't a bird. He wasn't sure what it was, maybe some sort of baby lizard. He was concerned because it had little bumps protruding from its back on each side. He feared it might be deformed in some way. He fed it scraps of meat and vegetables he scrounged from the kitchen. His mom didn't come into his room because he managed his own cleaning and laundry. It wasn't until the creature started making shrieking noises that his mother asked him what was going on.

Navin said, "Okay, don't freak out! I found an egg. I thought it was a bird, but now I'm not sure what it is. It's adorable, and I'm taking care of it."

He opened the door to his room. The creature was sitting on Navin's pillow.

His mother stared in awe. "It's a baby dragon! I think it's possibly the offspring of your father's dragon."

"My father had a dragon? As in a mythical, fire-breathing dragon?" Navin was stunned.

"Yes, its name was Naru. He was brave and fierce but as cuddly as a puppy with your father and me. We loved him dearly. He carried your father away when the town's people started rounding up the Fae. I hope they are still together and waiting to return to us." His mother rubbed the dragon stone she always wore around her neck.

Navin hugged his mother. "Why didn't you tell me about the dragon and the circumstances? You just said that Dad had to return to the land of the Fae; you didn't explain why."

She shrugged. "Would you have believed me if I told you that your father had ridden off on the back of a dragon? I told you he was a Fae, and it took you a long time to process that!"

Navin nodded. "That's true. But sometimes, the whole truth is necessary to comprehend a situation. I'm sorry, I've been difficult, but you know this town, we're taught that there are no such mythical creatures. It wasn't until I discovered I had powers that I believed you. I still hated it, but I believed you. I never accepted him as my father. I barely remember him, and I certainly don't remember a dragon."

A little shriek brought their attention back to the tiny creature. Like a small child, it demanded attention. When they both stopped and focused on the little dragon, it made a rough, purring noise. They laughed, knowing that they were smitten.

"So, Izzy, I wonder if you are indeed the offspring of Naru? Will you have his strength and powers?" Navin's mom pondered.

The dragon shook and blew a tiny puff of smoke from its little mouth. They laughed and took turns cuddling Izzy.

The deep freeze continued. It was late May; people hoped things would soon thaw so farmers could tend the fields. The stored winter food was dwindling; prices skyrocketed. The morale of the townsfolk was low. There was looting and disorder among the closest of neighbors.

Navin's dragon grew daily. The stubs on her back became shiny wings. Her ability to make fire rapidly developed! It had been a significant problem until they taught Izzy to direct it rather than to randomly ignite things. Many of their belongings were slightly singed during the process, but the dragon was eager to learn.

One day in mid-June, they were outside with Izzy. Navin's mom raised her fist and cursed the falling snow. Izzy was startled, then suddenly she spread her wings and took to the skies. She breathed fire at the falling snow, melting it with her blast. She turned to a large pile of snow that had been shoveled into a giant heap. With one breath, the entire bank became a puddle.

Navin and his mother watched in awe! Was it possible that this tiny dragon was sent here to help the town?

Towards the end of June, the town's people were fed up. Lawlessness was rampant. Effigies of the mayor and councilors burned in the town square. The gas station and stores were taken over by a mob. Those not in their ranks did without. It was clear that something had to happen before all was lost to the never-ending cold.

The dragon had grown. Navin's mother said Izzy was still half as big as an adult dragon. She was full of teenage spunk. Izzy showed her feisty side daily. All the ice and snow around their country home was gone, and wildflowers bloomed. They worried that someone would spot Izzy because she was flying in wider circles.

His mother told him, "Navin, she is big enough to carry you now. Before she is discovered, you must ride her to where you will both be safe."

Navin responded, "I won't go without you, and she's not capable of carrying both of us. There has to be another way."

Izzy flew up and breathed out a fiery blast that melted a vast field beside their house. Navin was shocked, but he realized that Izzy had her own plan. She landed beside him and snorted a puff of smoke.

Navin kissed her on her snout. "Okay, it's time," he said.

The dragon nodded, and Navin climbed on her back. Izzy unfolded her shimmering wings and launched high in the air. In ever-widening circles, she exhaled over the frigid land. Navin smiled as banks of white capitulated to a triumph of green and open waters shimmered in the sun.

Panic quickly spread through the town that a dragon was circling above them. Then people noticed that the dragon was melting the snow and ice that had blanketed the area. They gathered by the pond, and a few people jumped right in! They were so delighted to see the open water. A cheer started slowly building to a loud chant. "Praise be the dragon and the boy who saved us!"

Navin directed the dragon to land beside the pond. Izzy folded her shiny wings and proudly accepted the praise that the townspeople bestowed on her.

Above the crowd, a giant dragon circled. Navin's mother ran to the clearing to greet its rider.