by K.C. 2 months ago in Short Story 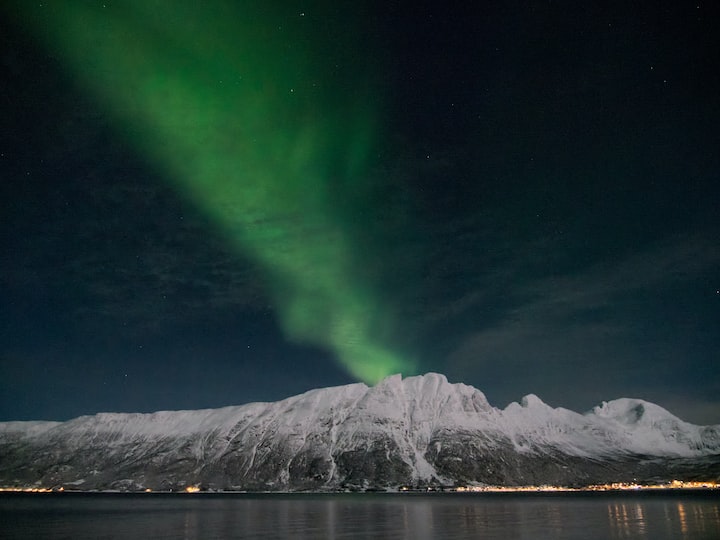 Photo by Uwe Küchler on Unsplash

Sebastian stepped out through the companies front doors and onto the sidewalk just as the sun was setting over the mountains to the west as it gave off a prism of amazing colors. Mesmerized by the beauty Sebastian just stared at the hue of colors till they faded into darkness when out of the corner of his eyes he had seen a flash of green light shoot from the mountains into the clear night sky. Intrigued by what he had just seen he ran to his car in the parking lot and sped off towards the distant mountains as fast as his little car could go.

After driving for about an hour the dark eerie mountains came into sight and was made even creepier was the faint green glow that was being emitted over the peak. Sebastian wasn't familiar with the area and was more of a nerdish couch potato sitting in front of his computer or television playing fantasy or sci-fi games instead of getting out and enjoying the outdoors. Because of this, he didn't have any friends, even though he had been working for the same company for the past two years. All he would do was go straight to his small apartment after work and wouldn't come out until he had to go to work the next day, he didn't even know the names of his coworkers so if anything had to happen while he was investigating the eerie green light he was all alone.

It's been a couple of hours since he had seen the light as he got closer to the peak of the mountain and Sebastian was getting tired and hungry but he carried on anyway. As he reached the top and peered into the valley below all he could see was this green light emanating from the center of the valley and because the light was so bright Sebastian couldn't see the source of it. He took his phone from his pocket and began taking pictures when he slipped and began sliding down the side of the mountain into the valley and getting closer and closer to the green light. This is the end, he thought to himself as he began to tumble down the mountain when all of a sudden he stopped and was just floating, descending slowly towards the object the green light was emanating from. For some strange reason, Sebastian wasn't scared but calm and relaxed as he was pulled into the green light and lowered into the waiting object below when he lost consciousness.

Sebastian slowly opened his eyes and looked around realizing that he was back in his apartment as the flashing green traffic lit up his room. Looking at the clock it was only three-thirty in the morning and he jumped from his bed and went to his window looking towards the mountains thinking, was it only a dream or am I going nuts, he said to himself as he watched the flashing green traffic light. That’s when he thought of his phone and reached to grab it, but it wasn’t in its usual place and he searched his apartment but could not find it anywhere. He ran down to his car and it was missing. He looked all around but couldn’t find it when he looked towards the mountains once again and come to the realization that it wasn’t a dream. Sebastian ran back to his room and got dressed and then ran to the corner to find a payphone and called a cab.

When the cab finally showed up and Sebastian told him where he wanted to go the taxi driver gave him a weird look and then just shrugged his shoulders and took off in the direction of the mountains. When they arrived and Sebastian told him where to go they came upon his car and something didn’t look right and after he paid for the cab and got out the taxi sped away as fast as he could. Sebastian went over to his car, there was a thick layer of dirt over it and sand had begun to gather around the tires. He brushed the dirt away from the driver side door and looked into the vehicle and noticed a little green light glowing faintly on the floor and he tried to open the door and as it opened a skeleton fell from the car as Sebastian jumped back in shock when he realized it was him and he slowly faded away.

What was the green light? Where did it come from? Nobody knows and when Sebastian left work that day two years ago, that was the last time anyone had seen him.

Receive stories by K.C. in your feed
K.C.
Read next: The Book of Fate Part 4: The Temple