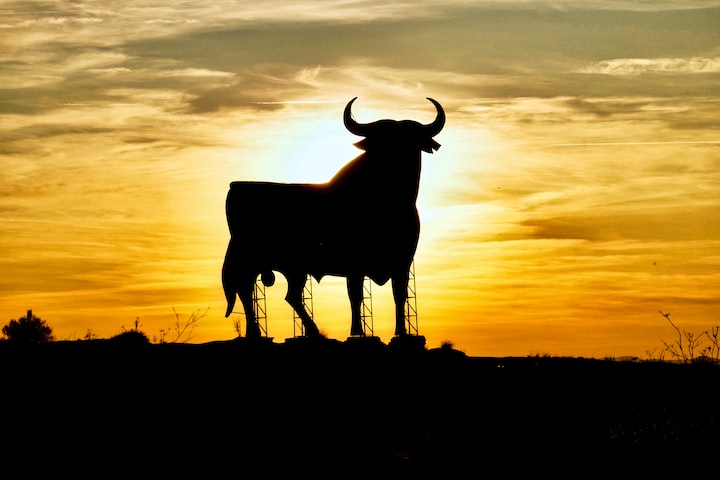 Photo by Manuel López on Unsplash

"Rocking chairs were meant for asses," Granny cackled from the porch, so proud of her pun. Junior crossed his eyes and stuck out his tongue at her. Pappy Daddy had agreed to take Junior and Sissy out to Mr. Leonard's to see the animals. They climbed into the back of the pick-up truck. Patsy Cline was playing on the radio.

Last Sunday, Junior and Sissy were lying on the floor reading the funny papers when they saw an ad for Mr. Leonard's Menagerie. It was a small roadside attraction tucked behind Mr. Leonard's gas station out on Highway 55. The newspaper claimed he had a donkey that would sit in a rocking chair and drink sodie pop from a bottle.

There was a cartoon picture of a big-toothed donkey wearing a straw hat and denim overalls, like that donkey in the cornfield on the Hee Haw show that Pappy Daddy and Big Mamma liked to watch on Friday nights. The donkey was sitting in a rocking chair with his legs crossed and guzzling a sodie pop. Sissy stuck her Silly Putty over the donkey's face.

Junior didn't care about the donkey so much. In the bottom corner of the ad, it said, "Come See Mr. Leonard's Newest Attraction all the Way from Spain - Santiago the Raging Bull!" It had a drawing of a bull's face with long horns and a ring in his nose. His eyes looked evil and steam was blowing out of his mouth. Junior wanted to see that bull for himself.

"I bet Santiago the Raging Bull is mean. I bet he killed a hundred matadors when he was in Spain," Junior said to Sissy, trying to scare her but she wasn't listening.

"I wonder if the donkey likes Coca-Cola too," Sissy said, peeling the putty off his face and holding it up so Junior could see.

"Oh! Who cares about some old donkey and what he can do? When Pee Paw was alive, he sat in his rocking chair and drank moonshine right from the bottle all the time. Big deal!"

"Where is Spain?" Sissy asked.

Junior took her to his room and pulled one of his encyclopedias off the shelf. He opened it to a map of the world and showed it to her.

"Naw, I bet they brought him over on a boat."

"How long did that take?"

"I don't know. Months maybe. Why does it matter?"

"Does a boat have an outhouse?" Sissy asked.

"I want to know! Where did Santiago go poop?"

Ding ding! A quick bell announced their arrival as they pulled up in front of the gas station. Mr. Leonard was sitting out front and fanning himself with a newspaper. He had wrinkly skin that looked like an old paper sack. He wiped brown tobacco juice off his chin and blew his nose on a red bandana before shaking Pappy Daddy's hand. Fuzzy white hair grew out of his nose and ears. Sissy told Junior it looked like spider webs. Junior tickled her ribs, pretending to be a spider.

"Yeah, the boy here saw your bull in the paper."

"I want to see the donkey!" Sissy cheered.

Mr. Leonard motioned for them to follow him. Behind the gas station, a tiny donkey stood with its sad face hanging over the fence. It ignored the kids as they approached. Its tail swatted at a horsefly.

"Does he bite?" Sissy asked, turning to look at Mr. Leonard.

"Pardon me. Does she bite?" Sissy asked.

"Naw, she don't bite," Mr. Leonard said, spitting some more tobacco juice at his feet. Then he made a ticking sound as if he was calling some cats.

"You want a sodie pop?" Sissy sang while petting the donkey's nose.

"What gas station runs out of sodie pop?" Junior asked.

"Five cents if you want to go up to the barn and see Santiago," Mr. Leonard said.

Pappy Daddy dug in his pocket and paid the man. Mr. Leonard walked them up to the barn. He removed a padlock from the door. Junior was about to pee himself with excitement. Sissy raised her arms in the air, wanting Pappy Daddy to pick her up.

"You chicken?" Junior asked Sissy, pulling at her feet.

They stepped back as Mr. Leonard swung the large wooden doors open. He motioned for them to step inside. Junior held his breath as he entered.

There, in the middle of the barn and surrounded by a stack of hay bales, stood a gigantic bull. It was the biggest Junior had ever seen, and he'd seen a ton of bulls at the County Fair and at the rodeo. It was taller than Pappy Daddy, probably taller than two Pappy Daddy's. Its long, slender horns reached up to the rafters overhead. Junior's neck ached from stretching to look up at it.

"Woah," Pappy Daddy said, grabbing Junior by the shoulder and expecting for them to have to run when the bull saw them.

"Had him stuffed," Mr. Leonard said.

"I thought he came from Spain."

Sissy squirmed and Pappy Daddy sat her back down on the ground. She ran up to the bull and wrapped herself around one of its legs.

"Well, I guess this bull don't have to poop, does he?" she said.

Mr. Leonard may not have had any sodie pop, but he had ice cream and Pappy Daddy bought Junior and Sissy bomb pops. The edges of their mouth grew red and their fingers got sticky as they licked at their frozen treats in the back of the pick-up truck on the way home. Johnny Cash played on the radio.

More stories from Shannon Yarbrough and writers in Fiction and other communities.