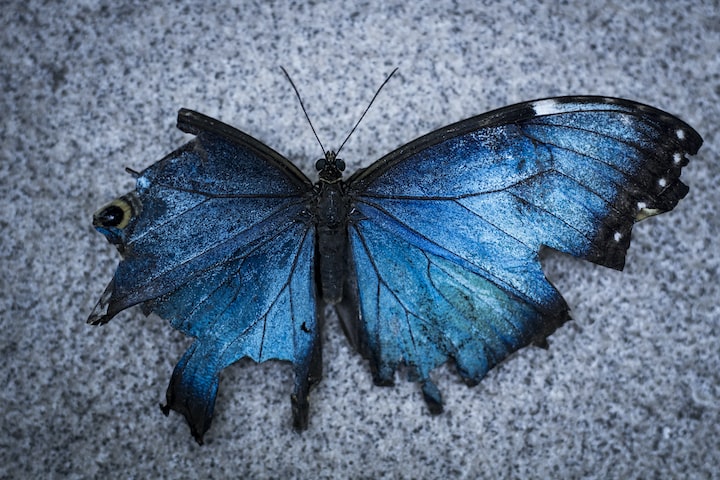 Photo by Karla Ruiz on Unsplash

Percy was having a rather lovely day.

Several moths had flitted into his cavern in the early morning, seeking shelter from the light. That meant an easy breakfast for him, but he found that he was still hungry. He burped, sending out a puff of smoke. His stomach growled a little.

As much as he wanted to eat, he also didn't want to leave his nice, warm, safe cave.

So he waited. The light outside the cave grew brighter. Percy’s stomach rumbled some more and he began to feel rather hollow. Still, no more moths came.

Percy grumbled to himself. He dug his snout into his small collection of gold to make himself feel better, but the gold was hard and cold and, most of all, not edible. He found that he couldn't even appreciate the beauty of his treasures - and what good was a dragon who didn't care for the wealth they hoarded?

Percy huffed, sending a shower of sparks across his dwelling. He stared sourly at the daylight streaming in. A small voice in the back of his mind told him that it may be a beautiful day outside, but he was too determined to remain in his foul mood to listen to it. If food wouldn't come to him, well then, he'd just starve.

Then, a little disturbance in the air caught Percy's attention.

This time, it wasn't a moth, but something different and new. While it did flutter about like a moth, the colours on its wings were more vibrant than any trinket that Percy possessed. Could this be what the word "beautiful" meant?

Despite his awe, fire roiled in Percy's belly, flames begging to be fed. The creature flew aimlessly from wall to wall, making a lazy path toward him. Percy stayed very still and opened his mouth half-heartedly. Though his body told him that he was hungry, he found that he was much more curious.

How could something so wonderful be a living thing?

Before the thought was finished, Percy realized he'd lost track of the creature. Could it turn invisible? Maybe it could mimic its surroundings?

But then he felt a tickle on his snout.

Percy held back a sneeze; otherwise, flames would shoot out of his nostrils and burn the delicate thing to a crisp. So, he froze, not daring to move an inch. He even closed his eyes against the daylight in case that would trigger a reaction.

After a minute or two, Percy's whole body swelled in anticipation of a sneeze and he knew he couldn't hold it in any longer. Just before he finally let go, the creature lifted off and flew towards the mouth of the cave.

Percy turned quickly to face the back wall and let out an almighty sneeze. The flames filled the cave and brought a pleasant warmth to Percy's tough scales. The young dragon sighed.

Then he remembered the colourful creature.

He spun back around and saw that it was flying, unharmed, into the bright daylight outside. Percy watched it go with a smile. He stretched out his wings as much as he could in the small space. Maybe it wasn't such a bad idea to leave the cave. There were some fish in the river below the mountain and there was an apple orchard not too far away...

Or maybe he'd just follow the colourful creature and see where it took him.

Ever since I could first form words and hold a pen, I've been telling stories - from the sloppily scrawled tales about getting ice cream with my exotic pets to full-blown sci-fi and fantasy epics. Soli Deo gloria!