Blackbird singing in the dead of night. 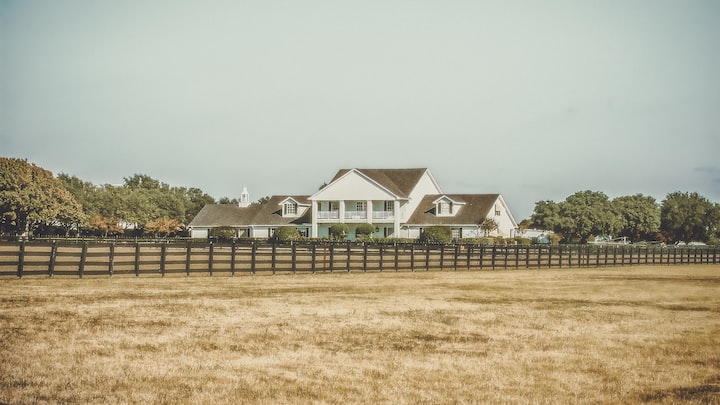 "Alright, you ready for this?"

Abigail squeezed Hazell's hand for three short seconds then hopped out of the rusty pickup's cab and started walking toward the plantation gates. They were in the final weeks of summer in the heart of Alabama. Around here boys were getting ready to give each other brain damage in football games, girls were squealing at the mere sight of each other as they returned to school, and Hazell was looking out on the land that her ancestors sowed as slaves. What a time and place it was. If she were born in this same place a few hundred years ago, she'd be the one opening the gates for the red-headed girl with pale skin, and they'd be anything but the lovers they are now. But the land would've looked about the same, the building would've been just as tall, and the tell-tale signs of a nation still deeply uncomfortable with black skin were simply less concealed.

Abigail was almost back, with her red hair bopping up and down in the mid-afternoon sun and her hands tucked into the pockets of a faded old jean jacket. She kept looking over her shoulder as if something would come from behind or if there was something to look out for on these empty fields. And Hazell couldn't help but agree.

When she got back in the pickup Hazell kept driving away from the pristine opulence of the centuries-old plantation house into the long-abandoned fields. Fields laden with brown soil and dead grass, and overgrown from the years without a tender. They kept driving with just the faint sound of Blackbird by the Beatles playing from the car's stereo until at last, they came upon a few houses.

Though houses wasn't quite the right word to describe what they saw. Just before the trees began a few wilting wooden structures stood on their last legs. Holes broke through the roof, door frames hung off well to the side, and the structures themselves seemed to be sliding into the Earth. Hard to imagine anyone had ever lived there, harder to think countless families were forced to sleep there every night after breaking their backs, and harder still to think of how they survived and continued to hope beyond hope their families would make it another day. And while those people may be long dead, and chattel slavery is long gone, those sweating wooden buildings continued fighting to keep themselves together, as some proud testament to a great evil.

A door slammed. "Hey, everything alright?" Hazell shook her head and realized she was at the entrance of one of those houses, unsure of how exactly she got there or when, she turned around and saw Abigail walking towards her. "I looked down at my phone for one second and suddenly you were here," Abigail said, biting her lip and looking around. The interior looked even worse than the outside. The flooring had holes in it, most of the structure was exposed, mold climbed up and down the walls, and though there obviously once was a second floor nothing remained of it. Up in the corner, a pensive-looking barn owl spied on the unexpected pair.

Abigail fidgeted "so uh, how ya feelin' about it? Ya know the whole situation and every-"

"You don't have to be so awkward about it you know?" Hazell interrupted. "It just is what it is. Probably best if we just tear them all down, even if we don't build anything in place of it. Not much use leaving a petri dish of mold out in the open."

"Yeah, you're right. I'm gonna step out and grab a beer from the truck, you want one?" Abigail asked.

"Sure I'll come with you," Hazell turned on her heels to face the outside again.

But as she did the barn owl flew out from its place just over their shoulders and out into the field. Hazell watched it fly to freedom far away from the lonely and dirty annals of a forgotten plantation house into the sky. It was a serene little vignette. But then she looked down where the grassy field once was and saw a vast canyon starting at her feet and spreading deep and wide into the field beyond. And inside that bleak canyon made of crumbling red rock were hundreds, if not thousands, of black men, women, and children. Smelling of decaying crop, sea salt, and bitterness. They were shoulder to shoulder clambering along the rock walls, mewling, puking, screaming, fighting for a way out as younger generations climbed on top of them just barely missing the canyon's top. And at the far end, a white family dressed in the finest antebellum clothing sat on oak chairs calmly stroking a spotted barn owl as entire generations of trauma were being bred just before their eyes.

Hazell started to feel queasy as the world begin to spin and the canyon started to close in on itself, just as her feet begin to give out beneath her.

It was nighttime now, the stars were shining brightly and the typical mugginess of the southern summer felt oddly comforting. Abigail was gently strumming her guitar and improvising with her voice as Hazell stared into the fire. They had spoken about what had happened earlier, and for a bit, Hazell wanted to drop the whole affair. To sell all of the land to some other family and forget this ever happened, they'd find someplace else to one day raise the family. And besides no amount of renovation, rebuilding, or destruction was gonna make a difference to her ancestors or probably much to her.

But they'd sunk so much time and so much money in the whole affair. Now the keys to the car were in their hands and all they could do was tend the land and build a new, hopefully, more loving home. Tonight they would camp above the graves of the damned and forgotten, and tomorrow they'd start working under their watchful eyes. Those eyes that waited so long for this moment to arise.

I'm a new writer who enjoys fiction writing, personal narratives, and occasionally political deep dives. Help support my work and remember, you can't be neutral on a moving train.

More stories from Lucy Richardson and writers in Fiction and other communities.