by Jessica Mathews 11 months ago in Love
Report Story 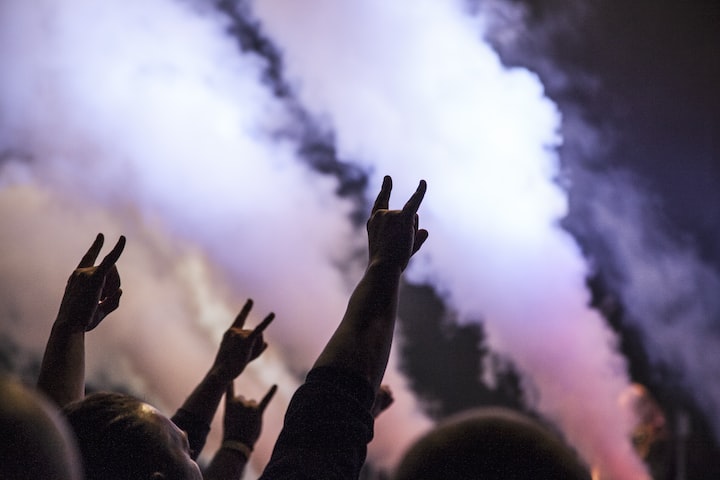 Photo by Luuk Wouters on Unsplash

When I was sixteen, I had a boyfriend, Ryan. Ryan was the definition of tall, dark, and handsome. He had green eyes and a muscular build. As typical teen romance, we held hands at school, snuck kisses when no one was looking, and drove around town on the weekends in his beater car.

At night, we just held each other in his black Buick car.

“I wish I didn’t have to leave,” I would whimper, holding him tight.

My favorite thing to do was hang out in the fruit orchards at his parents’ house. They had a small farm right outside of town. They had a small plot of land with plum, pear, and apple trees. We kept a tarp nearby to lay on the ground because the fruit that fell on the ground would rot and become mushy. Then we would put a blanket on the tarp and lay under the trees. We’d bring snacks and CD’s of Marilyn Manson and Tool, and it was like our own place. We hated being so young. His parents were strict, and he had to take me home at nine. But in the warm afternoons in Mississippi, we could have our own world.

Ryan and I had each other, but we were confused and angry. No one understood us. Our parents said I was going to get pregnant, and we were too young. Our parents’ churches called us sinners. Our teachers seated us on opposite sides of the room. We got in trouble for simply holding hands. We were outcasts, and we had to watch the same people who tried to keep us apart gush over how cute the football player/cheerleader couples were. Nothing seemed fair.

One Sunday in 1999 when his parents were at church, we were on the couch kissing with the sound of MTV playing in the background. We heard an unfamiliar song, and we both stopped and looked at the television. This sound was so raw and powerful. The guitars were almost menacing, and the bass was dominating our attention. The singer was unconventional looking, but when he began to sing, it was sort of yelling and sort of rap, but the guitars pulled the voice back into a metal sound. The band was Korn singing “Falling Away from Me.” I’ll never forget the first time I heard it. This music looked and tasted like our souls. It was exactly what we were feeling.

We began digging up as much music from Korn as we could, and it wasn’t long before we discovered Limp Bizkit, who was even better. When we heard “Break Stuff,” we knew this would change our lives. “Break Stuff” was angry. It’s about being angry and all the things you want to break and people you want to hurt. The lead singer wasn’t crazy looking. He didn’t have dreadlocks or weird makeup. He was just a normal guy. These bands led to discovering Staind, Rage Against the Machine, Deftones, Primer 55, and so many others. These bands seemed to know us.

The 1970s had disco, the 1980s had hair bands, and we had nu metal. People said that those bands were too angry and induced violence. You had to be our age in 1999 to understand. They gave us a voice. They gave us confidence. They were our identity. On MTV, there was a show called Total Request Live. It played the music videos of the top twenty voted songs. I actually saw these nu metal bands on the show. This made me feel like I wasn’t alone. There were so many teenagers like me who had these feelings during these songs, enough that it made the top twenty requested songs, ahead of Britney Spears and Backstreet Boys. We weren’t alone.

As an adult when I see throwbacks about those bands, I think of Ryan. I think of Ryan and me making love on the tarp and blanket under the pear trees to Limp Bizkit’s CD, “Three Dollar Bill, Y’all.” I think of the giant JNCO jeans and chains for necklaces and bracelets. I think those began as my worst days but became the best days of my life. There will never be nu metal like this again, and I will never be as happy as I was with Ryan.