by Mark Gagnon 7 days ago in Adventure
Report Story

Memories may last many lifetimes. 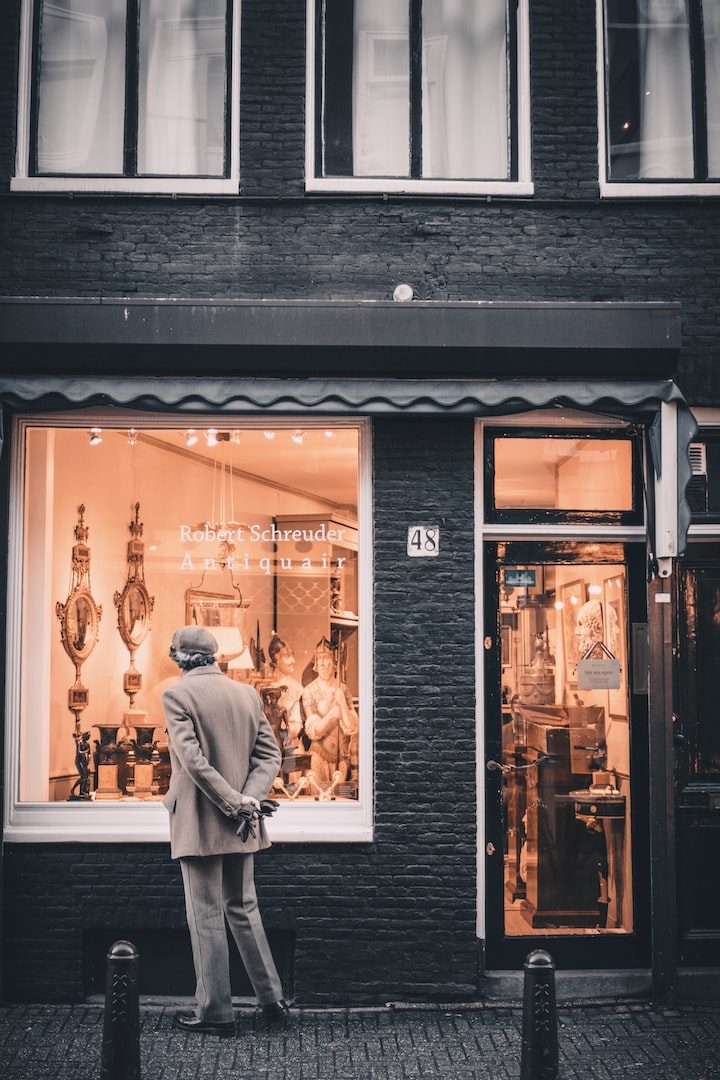 One of my favorite pastimes is rummaging around antique shops in search of that one special treasure that everyone else has passed by. I was taking a tour of famous historic battle sites and had stopped in Hastings, England. I wandered into a dilapidated, overstuffed shop with an intriguing sign in the window that read, “Lost Things Found Here”. It was just my kind of shop.

A bell tinkled when I opened the door, but the proprietor was nowhere in sight. I began rooting around stacks of dusty books, and shelves filled with candlestick holders, oil lamps, and artifacts that may have been found on sailing ships of the seventeen and eighteen hundreds. The shop held nothing unusual, so I was about to leave when I spotted an intricately decorated box of chocolates. Displayed in the center of the box was a Phoenician-style ship with the words “Memory Box” emblazoned across its sail. After thoroughly inspecting the box, I was about to set it down on a table when I heard a scratchy female voice with a strong British accent say, “That’s a very special box of chocolates you’re holding.” I turned to see a woman who looked to be at least ninety, watching me with clear steel-gray eyes.

“What makes this box more special than any other box?” I inquired.

“That box holds memories wrapped in chocolate,” the lady answered.

“Okay, you’ve piqued my curiosity. How is this box of memory chocolates supposed to work?” I asked.

“The same way any box of chocolate works, of course, you eat a chocolate. I must warn you, there is no guarantee which memory you will get. The only thing for certain is that the memory will belong to you.”

“You said the box is ancient. How can it possibly contain my memories? This sounds like a scam to me.”

As I reached to put the box down, the proprietor said enticingly, “Just try one piece. If you have the same opinion after eating one chocolate, then I will apologize for wasting your time. What do you have to lose?”

What did I have to lose indeed! Those chocolates could be rotten inside, our laced with poison. Hell, if they really are as old as the ship on the box is, they could contain some ancient disease. I picked one up, sniffed it, and popped in my mouth. Immediately, it was Christmas morning, and I was eight years old. My family had never been wealthy. Christmas normally consisted of one toy and some clothes for school. My eighth Christmas was different. A group from the church we belonged to heard about my family’s financial situation and donated gifts of all sorts. It was the best Christmas an eight-year-old boy could have. The excitement and joy I felt became so vivid and, for just a moment, happened all over again. Then I was back in real-time.

“That was amazing! Do all the chocolates work the same way, and what happens when I run out?” The old woman smiled and replied, “Memories never run out. They may fade over time, but with the proper stimulant, they return as strong and vivid as if the experience had just happened. Remember, it’s not just the wonderful memories, but the bad as well. That’s the thing about this box. It chooses the memory, not you. The death of a loved one or a long-repressed incident is just as likely to return as a happy childhood experience. One other thing, the chocolates not only contain your memories, but your ancestors as well. You are a compilation of your forefathers and you hold their memories. My lineage is Phoenician, which is why the picture of the ship is on the box. I am the last of my line, so if I don’t pass along the box, its power will die with me. Are you willing to accept this box and all the responsibilities that go with it?”

“Of course, but I have no idea about my lineage. I do have children I can pass this along to but, I’m not sure they will want something like this. I suppose time and what I experience will tell me what to do. How much do you want for the box?”

“Silly man, memories are not for sale. Memories are fashioned over time and given freely to those who are interested in them. The Memory Box is yours if you want it.”

I immediately said I did. She placed it in a paper bag and handed it to me. When I was back in my hotel room, I withdrew the box. It had changed! The ship on the cover was now a chariot similar to the ones Julius Caesar used to defeat the Gaul’s. It became instantly clear to me that the chocolates in this box would take me on a journey that would last a lifetime.