Memories Are Their Own Torment

by Madison Betcher 9 months ago in Short Story
Report Story 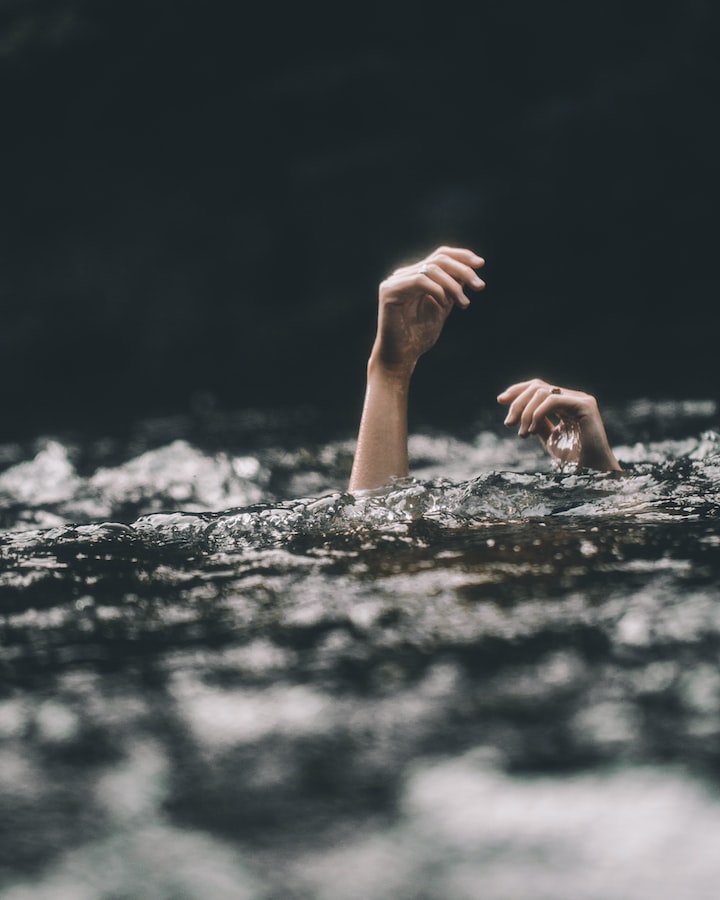 Photo by Blake Cheek on Unsplash

The pond lay outside. In the winter and spring, it was dormant, ice sparkling in the weak winter sun but still there. The pond had always been there. The seasons changed and it stayed, and so did she.

Even when the pond was covered in ice, they still came. The sound of the ice breaking, fingers dragging along the underside and the wind, oh the wind, it all came together to form a horrific symphony.

And yet, every day Maize made her way to the edge of the pond.

Every day, the being asked the same question.

“Zea, won’t you come down to the water? Why won’t you welcome me?”

“Marici, won’t you come down to the water? Why won’t you welcome me?”

Every day, the same questions. Every day the same two names.

“Maize,” she would say, would scream, would shout. “My name is Maize!”

And every day, the being would not reply, simply tilting their head, looking at her with deep, weighted eyes, before returning to the water.

She had gone into the water so many times. But the result had always been the same.

Won’t you come down to the water?

It was always the same. Cold, icy, it gripped her body like chains dragging her under. The water was dark and deep. It was impossible to breathe; her heartbeat was like a war drum within her ears.

Her heartbeat was erratic, pounding, and desperate; it always shook the water with its intensity. Full of terror and heartache, pain and sorrow.

Why won’t you welcome me?

The figure always appeared then, eyes heavy and weighted, floating in the water with her. Their hand was outstretched, waiting, she assumed, for her to grab it. She never did. Never could lift a finger. She knew what would happen if she grabbed that hand, and it was so much worse. So much worse than the coldness of the water, the icy despair that seemed to cling to her skin. It was so much worse than drowning.

And then the numbness would return, empty, isolated, familiar, and she would be back outside the pond again.

It was an endless cycle, a normal routine. One that she desperately feared breaking.

She was so tired.

Yet her feet still dragged her to the pond.

It was frozen over now, deeply entrenched in the winter’s chill. The sun was nearing its peak as Maize stared at the frozen pond. The being would come out soon. The questions would be the same, the name and the face would not. They would want her to come to the water. Feel that iciness, feel the chains that tightened around her chest as her heart still tried desperately to run away.

Maize tasted iron in her mouth; she had bitten her tongue, swallowing the screams that desperately wanted to be free from her.

She didn’t want to do this anymore.

It had been so painful, in the before.

But there had been light in the before.

Maize fell to her knees before the pond – no, the ice, she had fallen to her knees upon the ice. It was warm, so unlike how ice was supposed to be. It was prickly and sharp, and there was a reflection staring back at her, a familiar face.

She didn’t want to remember. Why must she? Why must they torment her so?

It was safer here, in the numbness. Why couldn’t they understand that?

A scream tore its way out of her throat, desperate and heart-wrenching and angry, oh so angry. She could feel it burning like a fire in her blood. It hurt, oh it hurt.

Maize pounded her fists against the ice, against the reflected face underneath, she screamed at the being, loud and pure and desperate, and the ice continued to warm against her legs.

The tears came when her fists calmed as she sat panting against the ice. The face had not moved, had not blinked, just watched her with deep, weighted eyes as she screamed at them, tore at them.

The sun had long since reached its peak, and the winter chill was slowly soaking into her bones.

“It hurts,” she sobbed, tears, salty and thick and aching, slid down her cheeks and onto the ice. “It hurts so much.”

The ice was getting warmer, thinner, she realized, with every tear that splashed against its surface. She didn’t have the energy to move away.

“Zea,” the being was speaking through the thinness of the ice now, one hand reaching up to lightly brush her face.

“Zea, won’t you come down to the water?”

“Why won’t you welcome me?”

The face was familiar, achingly so.

“Because-“ she stifled another sob, "because if I remember, you'll be gone. And I can't- I can't bear it."

“Marici,” The being continued, cupping her face gently as she continued to sob, as the ice disappeared. “Won’t you come into the water?”

Flashes of sunlight streamed through her mind.

A smiling face, with wild eyes and a mischievous grin blurred by.

Sunlight sparkling off the water as the figure, young and delighted, swung on a homemade swing.

Long hair flew by next, attached to sad eyes and a scared face. Frills and curls and lace made up their dress. Their grandmother loved having a little girl to dress up. Maize standing next to them, worried and afraid.

No, you’re not. She had wanted to say then. Don’t lie to me.

A bruising cheekbone standing at her door with defeated eyes. They were soaking wet, shivering, and terrified.

A crushing hug as Maize threw her arms around them, biting back tears. They never cried, but Maize did. Maize cried all the time, her father saying her emotions were just too big for her body and that eventually, she would grow into them. They wouldn't cry now, so Maize would cry for them instead.

The glint of silver scissors as Maize sat on the edge of the tub. They were sitting in the bottom, knees hugged to their chest, eyes trusting and the first hint of a smile they hadn’t worn in so long. It wouldn’t be the best haircut, but they said they wouldn’t mind.

The hint of perfume as they walked through the mall in a different town, buying clothes with no lace and no frills and no skirts.

“You could call me Rosso.” He said, coming out to show Maize the button-down top she had picked out.

“Why Rosso?” Maize asked, curious as she inspected how it fit on him.

The blush that painted her cheeks had been undeniable, and she sputtered as he laughed.

“You can’t just say that!” she had responded, refusing to look at him.

Fingers entwined as they walked through the park at night, Maize pulling him along for a dance, just the two of them under the stars.

“I hate my name.” she frowned unhappily, “I’m named after corn, and I hate it.”

He twirled her around gently with a loving smile. “We could give you a new one, like me.”

She had hummed consideringly, “but what?”

“We could call you Helene or Elaine.”

“Absolutely not, next.” She had ordered imperiously. “I want something memorable and unique, something that when you see it written or say it, you think of me.”

“Then you must do the same for me. A fair trade, don’t you think?”

“It can be our anniversary gift.”

He had laughed, brilliant and wonderful at that.

“The best gift anyone could give me.” He had continued, twirling her around again. “Marici then,” he had smiled a secret smile.

“Marici,” she had tested it on her tongue. “I like that. What does it mean?"

“Sun and light. The perfect name for my sun and the light of my life.”

The smile he wore had been blinding, and she had smiled brightly in return, pressing a chaste kiss to his lips as they both grinned.

"Fraser," she replied, smiling winningly, "Fraser for you and Marici for me.”

"Strawberry, huh?" he tried to look annoyed, but his eyes gave him away; they always gave him away. "Red for you and plenty of sunlight for me?"

He had swept her up into a hug then, smiling into her shoulder.

“I wouldn’t have it any other way.”

Smoke filled the air, and people were screaming. Red was on her hands; red was on his shirt. Fraser was unconscious. His head was bleeding, and so was his stomach. Marici had her hands clenched in the fabric, desperately trying to keep pressure on the wound, but the blood kept seeping out. She was crying and begging, but it wouldn't stop. Why wouldn't it stop?

The man with a gun was familiar. He had been following her before. He had asked her on a date, and she had refused. Now, he stated he was righting a wrong, making things the way they were meant to be.

How could this possibly be meant to be? She didn’t even remember his name!

He had laughed at her when she tried to shake Fraser awake when she begged him to stay. He told her that Fraser was dead already. A stomach wound was no joke.

She remembered screaming at him, though what she didn’t know. She remembered his face red with anger and viciousness as he stalked towards her.

She fell into the water and opened her eyes to white. There was a beeping noise beside her head, and her body felt heavy. Blinking felt like a chore. But she forced her eyes open anyway. There was a tube in her arm and something in her nose. Her throat felt sore and dry. What was going on? Where was she?

Marici tried to shift, but a hand on her shoulder stopped her. Relieved eyes met hers, a familiar face with a tired smile.

“Fras-“ she tried to say, but he cut her off, lips pressed to her forehead even as she felt tears drip down onto her face.

More stories from Madison Betcher and writers in Fiction and other communities.