Everybody had an animal to contend with. 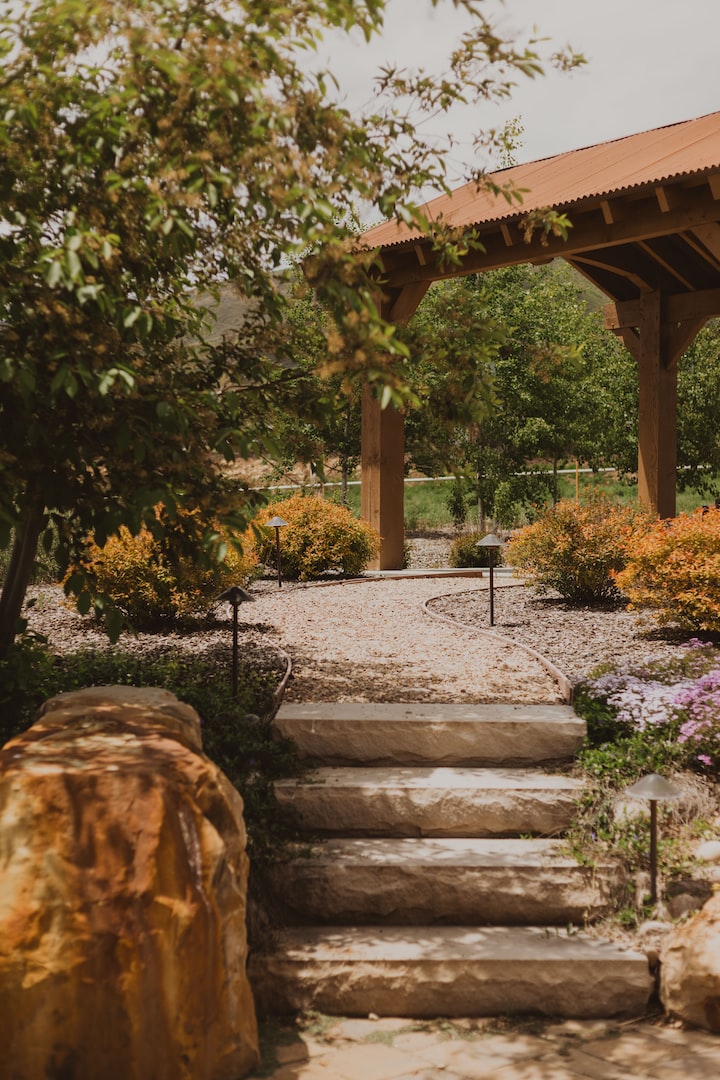 Photo by Katelyn Wamsley on Unsplash

They had two kids, two dogs, two cats, and had outgrown the city. Home was now Granite, about an hour and a half from proper downtown. In the early summer, they fell in love with a house older than their parents with a dozen acres of land that ran into an old pine tree farm. The house itself had a gray-blue brick exterior that reminded Sasha of the ocean waves before a storm, while it reminded Rupert of the color of his first car's faux-leather interior.

Poppy, four, explored the hallways while sounding off high-pitched shrieks, pulsing life into the old building. Ethan, almost two, babbled and waddled through his mother's wide, fenced garden beds, the two puppies pawed at lavender and marigolds along the way.

Rupert transformed one of the six bedrooms into an office, where he worked with the team back in the city on a tri-monitor desktop. The country's limited internet made him nervous that his boss would eventually fire him. He painted the walls of the office mint, because mint was supposed to keep you calm. When they had first met their closest neighbors, Bud and Barb, who owned the dairy a mile down the road, he had a hard time explaining what he did.

"So, you're part of all that crap that made the machines too smart for our own good?" Bud said while chewing a wad of something.

"Well, I work for the company that did it, yeah," Rupert said, stumbling.

The farmer grunted and looked at his wife. Yet they got along just fine after that. They just knew better than to talk about current events.

Sasha created an online shop where she sold artwork featuring pressed flowers and clovers. They would often have watercolor elements and explore subjects like streetscapes and city squares. She would say that the blend of urban subject matter and rural mediums added a touch of harmony, but Rupert suspected it was because she knew nothing but the city.

On Sundays, they would work out in the land. Sasha grew a seemingly endless sheet of flowers and vegetables and herbs to the point where they hardly needed to go to the grocery store that was twenty minutes away. They made a patio area out of stonework in the middle of the grove. A firepit, grill, and flatscreen television stood within an oak pavilion. Rupert rigged the network so that their internet connection, while not strong, would extend a few acres away from the house. They would stream movies amongst the sounds of the grasshoppers and cicadas. High-definition video mixed with the luminescence of summer's fireflies. The smell of burnt popcorn wafted in the summer breeze.

They would have to carry the kids back from the pavilion in the star-dusted night when they inevitably fell asleep during movie nights.

It was a nice time.

The bull, though, arrived the same day Rupert's boss questioned his commitment to the team. The beast was massive. It was black as coal with a white lightning-like streak down its side. Its horns were long and thin and grey, like spears reaching into the sky.

Sasha screamed from the carrot beds. Rupert cut a video call short to run out to see what was happening. He slipped into the mud at first sight of the animal. Both the kids were hysterical and clung to their mother's dirt-covered legs.

It just stood there, staring at the family without emotion, breathing heavily. Then it turned and ran toward the treeline, but not before it ripped through the garden beds, sending destroyed carrots through the air. As it ran through the pine, they could hear it cracking through logs and limbs.

"What the hell was that?" Rupert said.

Sasha looked up at him with a confused look on her face and brought the kids inside.

That night, the family walked over to Bud and Barb's house and asked about the bull.

"We think he used to belong to the people before the people who last lived in your house. But we don't know for sure," Barb said while handing homemade huckleberry taffy pieces to the kids.

"Are there more of them?"

"Might be a female too, but we haven't seen 'er in a while," Bud said, chewing on a piece of taffy himself. "We got a goat that comes around, though. Dotty. Pain in the butt, she is."

Two days later, Mayday returned after the children had simultaneous meltdowns because of a broken toy. Ethan had a sleepless night, which meant the parents had a sleepless night. Amongst the child's cries, they heard the stomping and guttural mooing of the bull from out in the fields. They ran to see him and saw him impaling a scarecrow. It had already broken down Sasha's fencing that surrounded the pumpkin patch.

Rupert tried to scare it off by waving his hands back and forth and yelling. Sasha returned to the house, shaking her head. The kids stood in the field screaming at the top of their lungs. Eventually, Mayday turned back toward the woods.

The family ate in silence that night. Only the whimpering of the dogs were heard.

Right after dinner, Rupert returned to his office until two in the morning.

Mayday returned the next week after Sasha's latest painting was ruined. The kids knocked over fruit punch that Rupert left out. Rupert failed to keep them in tow while she painted. The boy slapped the girl, the girl bit the boy. The sounds of the chaos caused Sasha to lose focus.

This time, Mayday made it right up to the house and rubbed his massive horns against the house's rear bricks as if he was trying to scratch an itch. Sasha chased it out into the field, and he complied. She didn't return to the house until nightfall.

There had been a handful more Mayday incidents that month. He destroyed food and fencing and the children's fort. Sometimes it would simply smash into the house and then turn back. After each visit, there was silence and whimpering in the house. The home was being demolished.

Sasha took the kids to visit her dad back in the city, and Rupert stayed behind to work. Yet he couldn't focus, and in the middle of splurts of working internet, he walked to Bud's house, where the farmer sat on the front porch sipping moonshine. He thought maybe, Bud could find a way to get hold of things; they were spinning like a wounded bird trying to fly. Before Bud saw him, however, Rupert heard a goat screaming from inside the house and smashing glass. Yet Bud didn't seem to be too phased by it. He only sat in his rocking chair, sipped his drink, and shook his head.

"Give it a damn rest, already," he eventually said.

Rupert turned back toward his house. They didn't see Mayday for a whole week after that. Rupert counted his blessings.

He would often conduct weekly vent sessions with his friends from the city. It turned out that Todd and his wife Rachel were having trouble with pidgeons. Bob and Greg were in the burbs, yet they had a large black racer snake that wouldn't leave the newlyweds alone. Millie had a bat in her parents house that wouldn't go away. Everybody had an animal to contend with. What was happening to the world these days?

It was a hot Friday in August when Rupert shut down his work computer for the last time, his lips trembling and hands shaking. His smartphone lit up with the termination email's notification present under the time. Outside, he heard the crashing of hooves.

He steadily walked toward the back door and into the land. Yoyo, the gray cat, ran away from his stomping feet.

"Rupert, stop," Sasha yelled from the back porch. He did not listen.

When he found Mayday, he was bigger than he ever was. He was in the middle of demolishing the pavilion. The flatscreen TV was now shards of circuits. The grill resembled a crumbled soda can. Rupert screamed a primal, subhuman roar. Mayday looked up and poised himself to charge. Mayday pointed his horns toward him and stomped his hooves.

The family was now behind him, gasping, and tearing up.

Both Rupert and Mayday ran at each other, and in a flash of red, Rupert roared at the whole damn world.

The footprints of the collision were carved into the ground. In the following days, no matter how much Rupert tried to fill them back in, he couldn't. Not really. Even when he would rebuild the pavillion, and he would get a decent job, the damage Mayday made was in the core of the home now.

Sasha said one of the dogs got in the way and now it's gone, buried under near the tomatoes, but he doesn't remember that. He would never.

Now, there are two calves walking around when Rupert and Sasha are too busy to notice, as black as the parent, and just as destructive.

More stories from M.J. Weisen and writers in Fiction and other communities.