Do you believe in love at first sight? 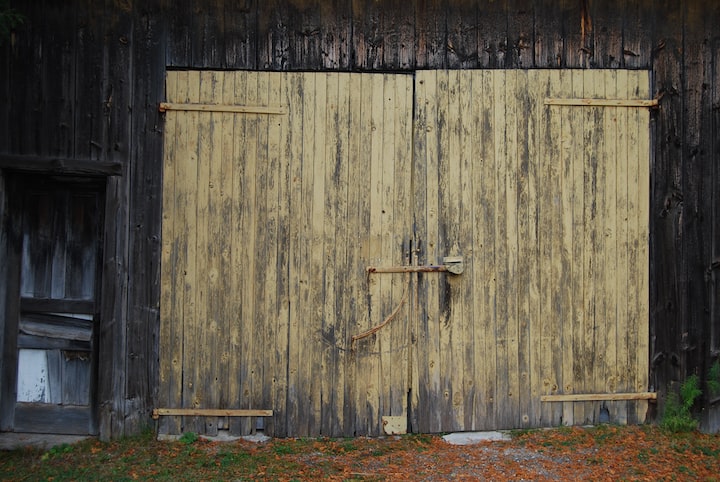 Photo by Larry Farr on Unsplash

She thought of the first time she saw him as she continued pacing, now slightly calmer, the memories distracting and centering her at the same time. It was just another day in hell, which is also known as working retail. She was a barista at a local coffee shop, serving the same old drinks to the same few predictable types who walked in every day. He had immediately stood out from the slew of teenage girls always asking for whatever disgustingly sweet monstrosity their current favorite heartthrob swore by, and the businessmen who chugged espressos and clearly had more money than they knew what to do with but still wouldn’t leave a tip. He had on jeans, faded, not carefully so by an expensive brand, but because they were well-loved and well-worn and fit him just right, and a Bogsey + The Argonauts shirt. Did he actually listen to this obscure band that no one else she knew had heard of? The slight curl in his blonde hair, the easy smile that made him look approachable but then that look in his eye, that look, that look is what made her really pay attention. She could fall in love with that look that seemed to be hiding something dark.

He ordered, coffee, black, classic. “I refuse to let you mean anything to me,” she said to him as she handed him the cup, a line from one of the songs from the band. He looked up, adorably confused and for a second, she was disappointed. But then he looked down at his shirt and laughed. “I cannot believe someone else listens to these guys!” he exclaimed. And Becka was ecstatic.

He didn’t show up again for nearly a week and she couldn’t stop thinking about him. Where was he? Would he ever come back? On day 6, when she had nearly gone crazy wondering about him, he had walked in again, in those same jeans. He came straight to her with a smile and asked for his black coffee. Not that she needed a reminder. When he got out his wallet to pay, his driver’s license fell out onto the counter, where she could clearly see his name; Maverick Miller. “My parents were big Top Gun fans,” he explained, rolling his eyes. “Everyone calls me Rick,” he continued, that easy smile back on his face. She just smiled, not saying anything, and she was on her Instagram looking him up before the door had even fully closed behind him.

Maverick Miller, @wolfmanmiller (funny), I'm on the highway to the danger zone. He was really leaning into the whole Top Gun thing. What a dork, she thought; it was cute. She scrolled through his feed, thankfully public. The photos were mostly aesthetic nature shots; pretty sunsets, fall leaves. Basic, but well-shot. She scrolled through these impatiently, wanting to catch a glimpse of his friends, where he hung out, where he lived. In his small feed of 23 photos, just one was a picture of him. It was a close up of his face. The background was almost hidden, but he had aviators on in the photo (Maverick, of course) and she caught a reflection in them that instantly filled her up with an unpleasant emotion. It was clearly a girl who had taken this photo. Who was she? Was she a girlfriend? No Rick, you cannot have a girlfriend. We have something, a connection. We both listen to Bogsey for Heaven’s sake.

She needed to know more. A little (okay a lot more) cyber digging later, she knew more about him, including his address. You really need to be careful about what information you are putting out there Rick, she thought. There are so many psychopaths in this world.

The next day after work she decided she needed to have a more personal glimpse into his life. She was going to go see where he lives.

Hallelujah, his apartment was on the ground floor, and he hadn't drawn the blinds. So many creeps can look in Rick, you really should keep them drawn, she thought. There he was, standing by his bed, looking at his phone. He was shirtless and oh so delicious to look at. Becka looked around to see if anyone else had noticed him in his window; she didn’t want to share this view with anyone.

This became her routine for the next few days; paying him visits at night that he wasn’t even aware of. He hadn't come into the coffee shop again and she hadn't had a chance to speak to him. She couldn’t wait for that, she needed more and she needed it now. Should she run into him “accidentally”? She was contemplating this one night as she looked at him when she suddenly realized; tonight, he wasn’t alone. There was a girl with him. At that moment Becka felt more rage than she ever had before. How dare she? Why did this girl get to be with him, in his space? She was embracing him now, whispering in his ear and he was laughing. When he bent down to kiss her, it was more than she could take. She wanted to burst in the door screaming, or run away or just do SOMETHING. Instead, she just stared, transfixed, as he continued kissing that girl, slowly pulling her shirt down. Becka watched them make love that night, through that little window, imagining it was her he had pinned against the wall like that, it was her he pleasuring, not this little tart who didn’t deserve him. Why her, Rick? And why the hell are your blinds still wide open for the whole world to see?! She left that night with a strange resolve. She was going to do something about this.

The rest of her plan depended on him coming into the coffee shop again. She needed some time alone with him, time to convince him that she was the one he should be with. She was prepared for when he came in a few days later, oh she was so happy to see him! She had refrained from going back to his place since that ill-fated night; she wanted their next meeting to be special. He smiled at her and ordered his usual. It was thankfully getting dark and she was closing that day, both very crucial to her plan. His coffee had a very special extra ingredient that night (thank you Dr. Goldberg, for the one useful thing I got out of therapy!) and she knew he was going to need her help getting anywhere after that. He’d only taken a few sips as he walked out but she could already see it affecting him; he had to hold onto the doorframe for a few seconds before he could continue. She let him stumble out and then hurriedly closed up and followed him to his car. “Are you okay?” she asked, feigning concern, holding onto his arm as he almost fell over. “I-I don’t feel so good,” he mumbled, his balance off. He could barely stand up at this point. She knew the dose she had given him, there wasn’t much time before he could lose consciousness. She had to act quick. “Here, why don’t I drive?” she told him firmly, half dragging him into the passenger side of his own car. He didn’t protest, he wasn’t in the right mind to, and just let her buckle him in and grab the keys. She quickly got into the driver's seat and started the car.

The woods in the back had an old, abandoned barn that no one used anymore. It was almost hidden in a mass of trees and no one went into these woods anyway. It was all hers, for those days when she was at her absolute worst and needed to cut out all the noise of the world around her. And today, she would share it with him. He was still conscious (thank God, no way she could drag him in herself!), but barely, “Come on, we’re here, I’ll take care of you Rick, I promise,” she whispered to him as she helped him out. He complied, he had no choice, he was leaning on her for support, dizzy and disoriented. She took him into the barn and turned on the one lonely, flickering bulb that hung from the ceiling. It was a run-down old place, with hay and tarps everywhere, but she had cleared out a space in the middle for herself and had an old rug, a couple pillows and a blanket. She helped him down onto the rug, carefully laying the pillow under his head and the blanket on him. He would sleep it off, she knew, and wake up in a few hours still disoriented and with an awful headache but mostly okay. I hope you understand why I did this Rick, she thought as she looked at him lovingly. I did it for us, to get you away from her and to show you we are meant to be.

She spent the next few hours just waiting for him to wake up, imagining a future they could have together. Sure, he might be a bit upset at first, but she was confident he had felt a connection too. Surely, he would accept her.

She was almost dozing off herself when he finally came around. She was startled back to her senses as he gave a loud yell and struggled to get up. His head still fuzzy, this proved a difficult task. “Where the hell am I,” he managed to get out, as she rushed to his side. This was her moment, she thought. “It’s me, Becka, from the coffee place. Please drink this and I can explain,” she said, handing him a bottle of water. He had a flicker of recognition on his face along with anger, confusion and some fear, but he wasn’t able to move. She had already started talking and as she explained she saw the different emotions; the anger she had not expected, the laughter even less. He was...laughing at her? Was it that unbelievable that she could be with him? He should want her or at the very least, be scared of her! He wasn’t taking her seriously. He was still trying to get up, he thought he’d gotten off unharmed. She couldn’t let him get away. She wasn’t thinking, she grabbed a shovel from a corner of the barn and tried to yell at him to stop as he stumbled his way out and he wouldn’t listen, why wouldn’t he listen?! She swung, hard. And now he was falling and there was blood everywhere. She dropped the shovel and ran out, and here we are. Pacing. Okay, she could fix this. Somehow. She just had to go back in and figure it out. She took a deep breath and walked back into the barn. Where is he?! His blood was on the floor but he wasn’t. This is not good. Not good at all. Before she could think anything else, she saw movement from the corner of her eye; she spun around but it was too late. The last thing she saw was that same look in his eye that had drawn her in, as he swung that shovel and then everything went dark.

A 20-something baker trying to navigate her scattered emotions by typing them out online!

Receive stories by Maahi Trivedi in your feed
Maahi Trivedi
Read next: Delusions of Deception