by Martins Abuah 2 months ago in Mystery
Report Story

He kissed her with murder on a rainy night. 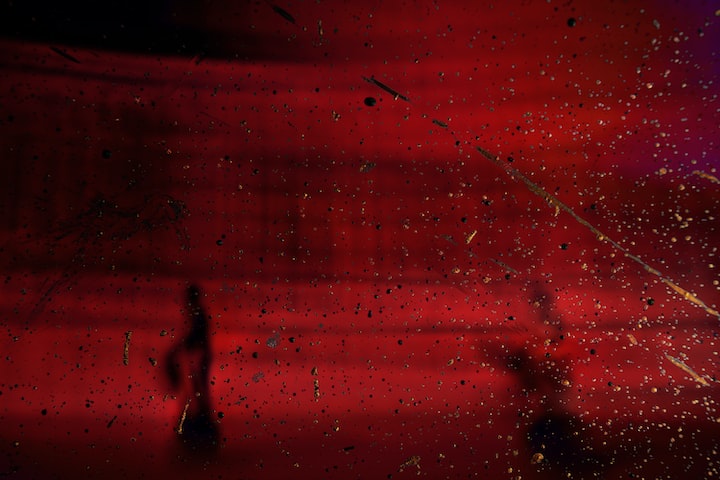 Two souls walked that day, one lucky, one completely faulty. The staggering night puffed stuffy, like the harsh choking smell of smoking.

Slow, and in pain, Trisha labored on, tired, since her world tasted vacant.

Must she bother for living anymore?

She had pain in her gut that the doctors failed to help. They called her:

And she gave them all her money. All of her money, gone.

She limped, unbothered by the tears from the sky. From her pain-painful walking, you thought she wanted to be swallowed whole by the night’s blackness. But Trisha was happy once. In her past life, there was a frequent joy. She used to giggle while dancing, that her feet would pierce the floor with feelings, scattering love-dust and penetrating bystanders who laughed with her giggly giggle dancing. And someone would fall, and laughter would roar, but all that came a long time before.

Trisha made mistakes, in her life, in her world.

But Trisha, do you know mistakes are not the end?

He kissed her with murder.

Jackson had a quirk. Like the harsh part of any tree bark. He did not understand the world. It could not think like him. “What made one start the bell? The bell for Christ’s sake!”

His mother, with love in her eyes, held him, clasped him. She said:

“You are most beautiful, child.”

And she spilled a song entranced by love, from her eyes, in her soul.

But Jackson had a quirk, I said. The bell. It rang. Hollow, it banged in his head.

Stop the bell for Christ’s sake! It’s hurting him!

And his mother used to throw him high, and cuddle him with a smile. For who births beauty and decides not to love it?

“Jackson my son, you are my light.”

He was her light, but Jackson paced frequently at night. Not to his fault, but he carried his bullish form, panting, loud and scary.

Mother, did you know about Jackson's bell?

Fast. His legs. How could legs carry such bulk so fast? Oh, Jackson, slow down.

But the bell rang. It hurt. He had to move. To huff and puff. To stop it.

Would you hold Trisha and tell her everything is fine? Would you tell her peace will come if she perseveres?

“But the bleeding, Trisha; we can see from your walking that it hurts.”

“Trisha stay at home! Don’t bring your problems to us! We have ours too.”

"We are humans, and it is not your world alone."

But Trisha labored on.

Trisha should be home, but she took a walk. People with problems like to think. To think. To walk.

“Trisha, we can see from your walking that it hurts. Stay at home. It is even raining.”

It was his panting Trisha heard first before she tried to run.

Wait, Trisha. You cannot run. Stop it, you’re hurting yourself.

Trisha fell. And the panting, stood above her, behind her, grunting, drowning the air. Scary! Trisha scarcely believed it? Death, at last!

“But Trisha, why are you scared?”

The bell, he needed to stop it.

Look at her, feeble, weak, whimpering. Did she start it? Can she stop it?

He hit her and the rain seemed to slow down. The night’s black darkness, wet with grit and bashing and murder.

No echo, no sight, no love. Just rain, pouring. But under it, pounding, pounding. Her head, the bleeding. Trisha bled, not unusual but from her head. Her head. And it’s breaking, it’s smashing. The sputter. The bell. The bell. Has it stopped?

More stories from Martins Abuah and writers in Fiction and other communities.