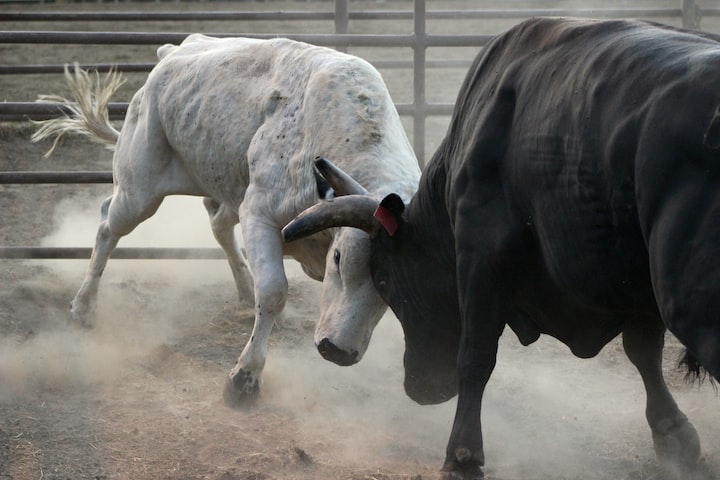 Photo by 2 Bull Photography on Unsplash

Well, that last bit of the story sure is a big pill to swallow. Every time I ever heard my mama telling the story of creation, I was astounded at how many things had been changed to cover the truth. The story doesn’t end there though. If the story ended at the death of Nimue and Niams’ great-great-grand-daughter, then none of us would be here today and America would not exist. Let’s pick up where we left off.

Nimue and Niam could not believe their very own eyes, surely this was a nightmare, and they would wake up soon. The pair slid from their horses and walked straight through the huge crowd where their kin was burned alive. Nimue did not know what was happening to her but she could feel each separate molecular make up of her body as though it was dust swirling in the wind. Suddenly she heard a piercing shrill run through the wind, piercing her very being. The whole crowd was no longer interested in watching the witch burn, all eyes were on Nimue. At that moment Nimue realized the awful noise that had just rung through her entire body was her very own voice. As the life from her life had diminished Nimue herself began to deteriorate. Now many of her bloodline had past on and been placed back in the earth but none ever had been crucified, murdered, or taken before their time before. Niam feeling everything that his mate was rushed to grab ahold of her. Destiny was already taking place, the beginnings of the earth disintegrated back to that which brought them forth, as the now frightened crowd rapidly dispersed.

Everyone on the planet felt it shake the moment the fragments of Nimue and Niam were engulfed by the very earth that had given them life. Every direct descendant of the two felt a small piece of themselves be ripped from the interior being of their specially knitted hearts with the last shake of the earth. Ophelia, the first-born daughter of the Waymaker people, along with her mate, had just inherited the title of the Matriarch of her people and her mate Ommin the Patriarch. As well as gaining all her mothers’ special abilities, and the sole responsibility of her people.

Ophelia and Ommin made their life and raised all their children farther up north among the Chickamauga Cherokee people, eventually becoming family when Ophelia and Ommins eldest granddaughter was paired with the Chiefs grandson. Now with the befallen responsibilities they acquired through the circumstances of Ophelia’s parents’ demise, they had to return home to the Waymaker roots in Lost City, Oklahoma. First they must go speak to the tribal council and inform them along with the Cherokee Chief of their situation and they must step down from the positions they hold within the tribe.

Cherokee tribes generally have two chiefs, a red chief and a white chief. The red chief takes charge of his people during times of battle and the white chief during times of peace. However, this Cherokee tribe only had one Chief. It was decided by the elders many moons ago upon his birth that he was born with the soul of both chiefs and would be the only chief needed when he came of age. Cherokee tradition is for the elders to give the children a name, but this little one had a double soul and therefore needed a doubled name. The elders gave his white chief soul the name Peaceful Bull and the red chief side would be called Raging Bull, though most just wound up calling him Chief Bull. In all of Bulls life he had only had to corral the Raging side of himself the day his very own mothers’ life had been take. For the most part the Cherokee people were a tribe of peace that did not bother many, so bull hardly even knew his raging part of himself. Even Bull was shocked when the Waymakers shared their news with him and not only did he feel the very distinct difference in his very being he could physically see spirit animal of the Raging Bull, from outside of himself, nostrils flared, throwing his feet back in preparation to win a war, with a bright smokey ambiance of red enveloping him. It was decided the Cherokees were going with the Waymakers to make a life in Lost City, they had a stop to make first though. The tribe would follow their leader, Chief Raging Bull to Watts territory and put an end to the war started by the witch hunters. Ophelia and Ommin alongside the Chief led their people on the journey to end a war and begin a new life.

Three suns and two moons of traveling and Bull could literally feel the rage boiling running through his veins the closer they got to the witch hunters. By the next sunrise Bull would be able to release this foreign feeling of pure rage within him on those deserving of punishment for the malicious crimes they have committed: the witch hunters of Watts. They traveled the rest of the day, took a short rest break in preparation of what was to come and then continued their journey, arriving in Watts as the roosters where crowing. One would believe after such atrocities having been recently embellished on this very piece of the land, that the people of this community would be having a hard time getting sleep. Yet, upon the arrival to this Podunk place there was not a stirring soul.

Chief Raging Bull ordered his people to stand down and stand back as he awoke the witch hunters to give them a fighting chance of not meeting their own demise. Chief went to the center of the town and stood upon the ashes and burnt remanence of the lives of the young Waymakers, and the founding parents of the earth’ were killed. The chief only seen red and his call for the people of Watts to get up and prepare for the consequences of their actions. The people of Watt’s slowly came out curious as to what the ruckus was, only to have to face the rage of the Bull. Bull went over the facts of the atrocities that were committed by these people. In one swift movement the spirit animal rushed completely outside of the chiefs’ body and alongside the chief the consequence to the people of Watts was settled; take a life, then you owe your life, and with that Chief Raging Bull had completed his mission and Chief Peaceful Bulls expertise was needed. The rage was gone, and Bull felt like himself again. He couldn’t believe the strength that had been inside of him. He took claim to this territory and put notice that witch hunters would face an early death if ever they set foot on this territory, the days of the witch hunters had been ended. The Cherokees would continue the road alongside the Waymakers to Lost City. They would all begin a new life and allow this desecrated ground to rejuvenate through the earths healing and when it is time the Cherokees will settle and build upon the land.

Now I keep tellin’ y’all the craziness that truly occurred but we were conditioned to not believe or some parts just not still much to tell, so stay tuned.