by Maariya 11 months ago in Short Story
Report Story

A story of lessons 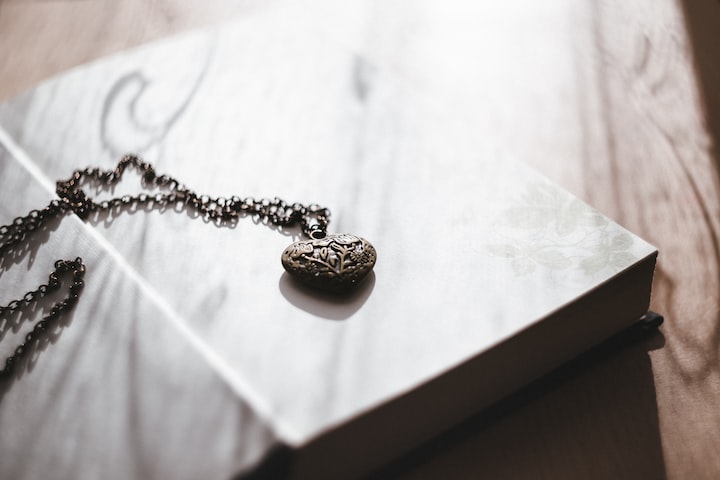 ”I’m fine..I’m ok” said Sua as he climbed out of the rubble. His hair full of dust; the fallen remains of the bits of rock, only minutes earlier he had been climbing. It wasn’t his fault. The way the world stood today, catching glimpses of what was to come was the only way anyone could survive. You needed to be aware. To be ready. It was you against the world. It was the kind of scenario that until now only existed in the movies. Everything was bare. Everything was barren. The only thing people shared now was the unified thought that they would do anything to survive. The rock Sua had been climbing stood just slightly off the edge of an unfulfilled road. Where once was a highway, now only showed 2 roads standing with a huge gap in between. A hole the size of the one that had grown in peoples hearts. As he gathered himself together, and the strength to get back on his feet, Sua couldn’t help but think about the events that had brought him to where he was today. The sound of the television the day everything changed. That announcement on the news, informing people that from here on out there was no such thing as politics. There was no longer any government to tell people what to do. No president, no royal family on any land. No borders separating any country. After the endless complaints and impending wars, every world leader had decided in unison to let the world just do what it wants. To go back to the tribal times. It was the kind of news that people at first rejoiced about but then immediately regretted. While some took advantage of the situation, grasping it with both hands to finally let their inner demons have what they had always wanted, others, such as Sua, wanted nothing more than to have their life back. Society had never been kind to Sua, but kindness never came free anyways. There was always something in it for someone. So why be unhappy about being saved from such a loss. That was the way Sua thought. However now, he had reached a point where everyday felt like a loss. Since there were no more regulations or rules, travelling was the thing most people turned to. That was where Sua was now. Since childhood he had kept a journal. On the very first page was a list of places he had always wished to go to. A list he made just to satisfy the longing hopefulness within his teenage self. Never once did he think the opportunity to go to any of them, would present itself. All of the places were within the uk, scattered on the outskirts. The city life had never been for Sua. Everything about it just screamed that it wasn’t for him. Sua had always kept to himself. He was social, but only enough to get by. Inside, he wanted nothing more than to be left alone. Maybe that’s why the only place he ever envisioned himself living in was the countryside. Some land in the middle of a field, a small cottage style house, surrounded by nature. That was all, and he was so close to reaching it! The only hurdle between him and the first stop on his list was this broken road. Even at the sight of the rubble, his hope stood alive. The way he saw it, roads held such positive connotations.

“All roads lead somewhere, even the broken ones. It might take slightly longer, the journey might be harder but it will all be worth it” said the voice in Sua’s head as he assured himself. He was now back on his feet and had reached the other side of the road. As he walked along the side of the road, half in the bushes, half out, there was not another soul in sight. Just as he had expected. Most people had travelled overseas by this point. No one really thought to visit the lame countryside that had nothing but nature to offer. Only the rare old souls were lucky enough to see the value in nature, as opposed to money,society and people. Not long after, the outline image of a small house appeared in the horizon. It’s chimney still releasing smoke. “This is strange” thought Sua. “No one should be here” . He bravely walked up the pathway assuming that whoever lived here had just forgotten to shut everything properly off before they left. However to his amazement he was greeted by an old couple. They opened the door in such a homely and caring manner, as if they welcoming home a child of their own. “You must be so tired” said the old man smilingly. “Are you lost?”. Sua paused. Surely not he said to himself. They must know what has happened in the world. Or is the size of their home so big it trumped the rest of the world. Sua sat with the couple, ate some snacks and listened to their stories of how they had lived here their whole lives and wanted nothing more than to die here. Together. When Sua exchanged their stories with his own, they were more than happy to let him explore their land. To take whatever he wanted as a souvenir. “We understand son” said the old lady. “With a world so scary, you choosing to find what good remains is all the hope we need, that the young will be fine. We love young people. You are so important to the future of our world. Do what you need to. Learn what you can. Time is the fastest thing on this planetl”. All Sua could do was look admiringly at the couple. Tears in his eyes. All he had ever wanted was for someone to say he mattered. Never once did he think it was going to happen this way. He immediately knew those words were going to stay with him forever. As he got up to leave and start his exploration, he saw the old lady quickly reach for something as if she wanted to give it to him. “We drew a map of our land. In our younger years, the two of us would hide momentos for the other to search. I’ve marked an x on the one I have never been able to find. Maybe you can find it. If you do, it’s all yours to keep.” She handed the parchment over and Sua accepted it. He never once doubted his choice to come here rather than anywhere else, and now more than ever he was certain of his choice. He gazed at the map and began to follow it’s marked out instructions. It led him to an opening. A small bridge standing above a stream. Trees on either side. He gazed again on the parchment. An x was marked on one of the trees, just on the other side of the bridge; just across from where Sua was standing. “This wasn’t so hard” he thought. As he walked towards the tree he noticed a small box hanging from the branches. “Maybe she just wasn’t able to climb it. But then how did the old man climb it” the questions in his mind caused Sua to chuckle. Whatever the reason, it was soon going to be his now. Maybe it was always meant for him. Sua believed in destiny deeper. The idea that everything was written and things would happen as they were supposed to. Therefore worrying about the future was nothing but futile and a burden on the mind that didn’t need to be there. With ease, Sua climbed the tree and retrieved the box. The box was small, wooden and ordinary looking. However, the words “your second heart” were engraved on the bottom. He opened the box. Inside lay a heart shaped locket. He tried many times to open it but couldn’t. “Maybe it just doesn’t open” he thought. He turned to head back the way he came. The locket still in his hand. As he arrived back at the old couples place, he could see their faces welcoming him again. “You found it” they gleamed, seeing the locket in his hand. “Yeah but it won’t open” Sua replied. “It’s not supposed to open” the old lady said as she smiled. “A persons heart carries an ocean of secrets son. If you ever have one that’s too heavy for you to carry, the locket will feel it - opening, so it can carry that heavy secret for you.”

“Like a second heart” gleamed Sua, remembering the words on the bottom of the box.

“Exactly” said the old man. “So you will always be strong enough for anything that comes your way”.

“I can’t take this” Sua said, losing his wowed expression. “Where does one even get something like this?” he questioned.

“There’s a lot about the world you don’t know son. A lot of forces at play. This is from one of the good ones. Something to help good people. Especially now when being good is the biggest challenge of all” said the old man.

“You know about what’s going on out there? I assumed you didn’t” said Sua honestly.

“We too like to pretend we don’t” said the old lady. “We only have a few years left to kid ourself so why accept reality now and let it worry us”.

“I still don’t think I should take this” said Sua.

“That’s your choice, we can’t force you son. But just know, in a few years, if we’re lucky, we’ll be gone and that locket will probably never be found if you don’t take it.” Said the old man. “Wouldn’t that be a waste? Besides there’s a reason we couldn’t get it”

“The locket can only be found by someone who needs it. If you don’t have anything heavy on your heart right now, we can only assume something worst is to come.”

“Something worse…” Sua was worried now, but at the same time he knew things had been going too smooth for him currently. And that only meant one thing. It was about to get harder. After a few minutes of back and forth Sua accepted the locket, bid the couple farewell and headed on his way.

As his silhouette could be seen disappearing with the setting sun the old couple gazed at each other smilingly. “Why did you lie” said the old lady. “We both know it’s only a placebo.”

The old man chuffled. “ there’s a message hidden in everything. The one he will learn is that the strength to deal with anything has always been within him. It might take a few months, or years but at least we know nothing will ever be able to break him. Nothing will be too heavy for him. He can take it all. Such purity needs to be protected in the world. Just look at him. In such a dystopian world, the only thing he could think of was not loosing himself. Such people are hard to find these days.”

More stories from Maariya and writers in Fiction and other communities.