by Ryan J 3 months ago in Adventure

Stranded in the Pacific Ocean on a sailboat. It's gonna take more than just rations to survive. 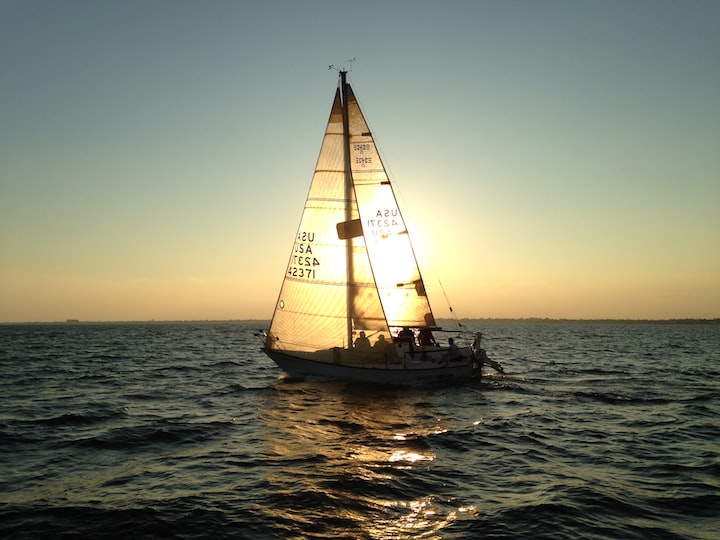 Photo by Jarrett Fifield on Unsplash

It's been six days since Chris, Henry, Charlie and I were kicked off the ship. Left for dead on this nine-foot-long sailboat in the middle of the Pacific.

How did I not see this coming? A mutiny. Who would have thought it?

Sure, some of us had our differences. At times didn't see eye to eye. But to have been stripped of my captaincy and abandoned with barely enough rations or freshwater to survive? I didn't think they had it in them.

But, whatever. What's done is done. Now my focus must be on getting this 'raft' to safety. To forget about the dramas, stay loyal to those that stuck by me and survive.

My calculations show we are heading in the direction of Tonga. Well, we were until the wind died down and brought us to a standstill.

Two days have passed and barely a flicker of the sail. Not so much as a breeze to push us onwards. It's concerning, frightening even, and I'm not sure just how long the crew and I can last, both mentally and physically.

The sun beating down on us has been relentless and we're surrounded as far as the eye can see by still, glass-like water. There's hardly even a ripple of a wave, it's an eerie feeling. Unworldly.

Besides each other, the only other living being we've seen for days is the predator that's been stalking us.

Ever since we've become dead in the water, I've noticed every morning at dawn and every evening around dusk the same battle-scarred dorsal fin cutting through the stillness of the sea. Circling about twenty meters away.

No doubt hoping for one of us to crack and end the suffering by jumping overboard.

But unfortunately for our hungry fish-like friend, it won't be me. I have no plans on becoming a shark's breakfast or an evening meal. I shall stay strong. I must. We all must.

Luckily, I've found solace in writing. This journal has been my saviour and kept me somewhat sane. It's been my release. A daily escape from the torture of boredom and helplessness that plagues us all. It also helps take my mind off the hunger pains in my stomach. God, I can't wait for a proper meal.

Henry also spends his day writing. Poems mostly, limericks, sometimes an amusing tale or two. He reads them out loud when they're finished, to keep the rest of us entertained. Uplifted. At least for a minute.

However, I have become increasingly concerned about Chris and Charlie. They seem to have no outlet for their emotions. Nothing to boost their morale and it's having a negative effect on their wellbeing.

Most days Chris just lies at the bow, head rested on his daysack either sleeping or staring aimlessly into the abyss. Henry and I do our best to lift his spirits. But by now he can barely muster a smile. He is a broken man, teetering on the edge of defeat.

Charlie on the other hand, well, he's gone completely the other way.

When I talk to him there is an intensity that's unnerving. At times it feels like his eyes are piercing through your soul and I feel it's only a matter of time before he snaps in a manic rage.

I keep my trusty bayonet at hand just in case. Though I pray I never have to use it. The last thing we need right now is for one of us to crack and cause a divide amongst the boat. We need each other more than ever if we are to make it out of this situation alive.

The sun has now fully risen above the horizon and the menacing dorsal fin has disappeared, for now.

Will we be graced with the wind power we've been craving? God only knows.

But I hope for the sake of our sanity and our safety we do. Because I doubt things will remain 'civil' for much longer if we don't get moving soon.

Writer | From Northern Ireland, based in Australia |

Receive stories by Ryan J in your feed
Ryan J
Read next: Jimmy the Kid.