Lay Your Troubles Down 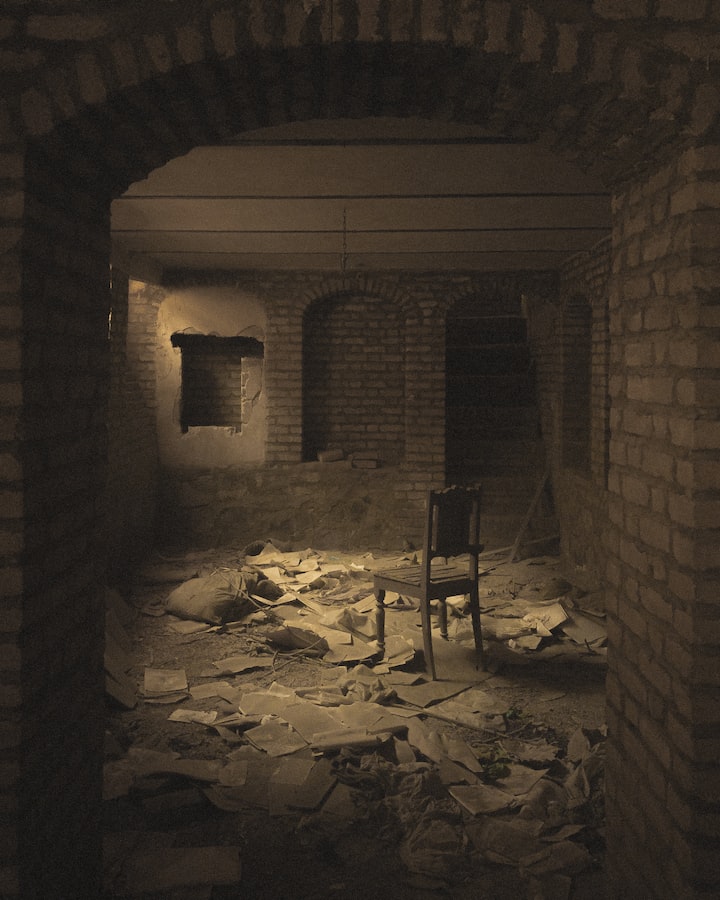 Photo by Parsa Mir on Unsplash

I watched the box. It was wrapped in brown paper and unmarked. The paper was frayed at the edges, but held strong. The box knew what it was; knew what purpose it filled in the universe. Would that we were all so lucky.

Someone had wrapped it years ago, but this had not changed the nature of the box. On the contrary. Now it sat there in more mystery. The brown paper made it look like it had been shipped from somewhere, like it had traveled the world, or worlds, to get here.

I watched the box. It sat on a grey stool in the middle of a dim room. I was its only company. Me, my chair, the box, the stool. There were a few empty metal shelves on the far wall. Me, chair, box, stool, shelves. There was a hole in the ceiling, like a drain. It allowed only the faintest glanced fragments of light from what seemed like miles away.

There were pipes to the left. They dripped down the stone walls in cold darkness. Rods of iron. A rod … nap. No, I could not nap, I could not sleep. Not yet.

I watched the box. I had to watch it. If I took my eyes from the box something terrible would happen. We did not know what exactly would happen, I just knew that all of the past Watchers were now dead. Or worse. There were theories that their consciousnesses had been splayed across time, like an object entering a black hole. Paused in place, slowly red-shifting for small-e eternity.

I watched the box. Its silence spoke of a deep hunger, tempered by infinite patience. I was beginning to see it now, the timeless inevitability of its design. Like a mountain in the deep ocean. Black, quiet, buried. Its silence seemed to hum in colossal wavelengths, slowly entwining my brainwaves in its music. It was entrancing me, the seconds and minutes and hours pulled outwards into pulses the size of gravity.

No! I shook my head. It would not consume me. I was stronger. I was J.S. Winstead, a person, a being, a physical instance in time and space. I focused on the dripping water from the pipes. I kept myself grounded in my own mortal definitions of existence.

I wondered where the box had come from; perhaps from a different universe entirely. Its laws seemed to clash with our own physics like quantum storms. But not if we watched it. If we watched it, the outcome was different. If we watched it, our cognitive expression molded its reactions to our reality. We kept it stuck in our experience of causality.

I watched the box. I wondered when my shift would end. I wondered whether someone was watching from the other side of … somewhere? If perhaps the previous Watchers were trapped inside, their information swirling in the darkness like the mist in a crystal ball. I wondered if we could have pulled them back out again, pulled them back into time. I wondered why I resisted, why I kept myself within the chemical constraints of small-l life. Did I not wish to push out into the All-Thought? Into capital-e Eternity?

No! I shook my head again. Clever, this box. It sneaked into the corners of my mortal insecurities. The light in the room was mixing pale yellows into its palette – at least it was a little brighter. I could see, in the corner of my eye, the light glinting off the leaking pipes.

I shifted my weight in my chair. My boots scraped against the stone floor in a subtle echo. I made a rude hand gesture at the box. It did not seem to mind.

I watched the box. I wondered if I could do anything that the box had not seen before, something truly random that would alter our power dynamic, even for just a millisecond.

I walked into the room.

J.S. Winstead was on the floor, the top of his head splayed open. His eyes were rolled back into his head. He was smiling. I clicked a button on my radio.

“Lauren? Yes, get another Watcher down here. We lost Winstead.”

I looked over to the stool in the middle of the room. The box looked back at me. Its gaze was not malevolent or evil, but soothing, inviting. What could life give to me that the box could not? Why struggle with little-e existence when I could be joined with the capital-o Ocean of Consciousness? Lay your troubles down …

I watched the box.