by Emily Marie Concannon 8 months ago in Fable
Report Story

Will You Bury Me With The Serpent? 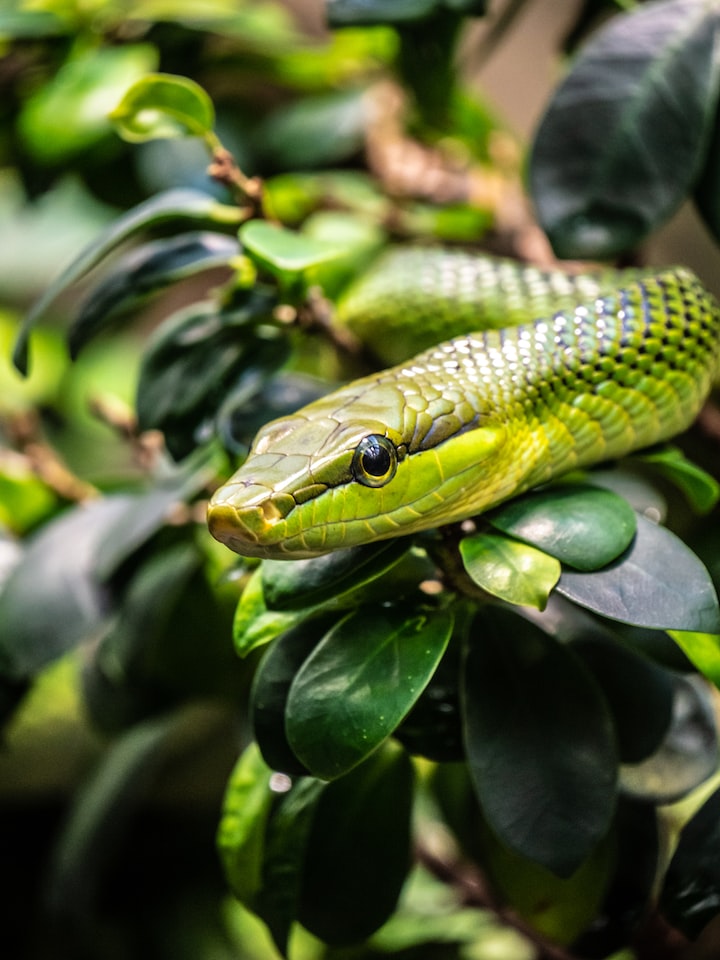 Once upon a time, thousands of years ago, there lived a husband and wife. They were not unlike you and your spouse. Or, perhaps you are a child. They are not unlike your parents. Their names were Kha and Meryt.

Kha was a skilled craftsman in the village that we now call Deir El Medina. Kha knew his home as Per-Demi. The only issue was, he had no wife. His wife must possess many beautiful attributes and she must be gentle and sweet. At the age of 20, he was much older than most men seeking a wife in ancient Egypt. But, he did not really mind.

He one night had a dream. He was standing beside the river Nile when the mighty serpent Nehebkau, lord of the skies. He hissed at the man, but not in a menacing manner. Rather, in an attempt to convey some message.

He felt confused, until the serpent showed him the mountain of the local goddess at his town, Per-Demi. Her name was Meryt-Seger. The cobra goddess of joy and celebration.

Nehebkau continued to beckon him and he followed the serpent up the mountain. There, He saw the beautiful goddess drawing water from a well. She had dark black hair that curled around her ears. She was petite. And her eyes were like an oasis pool.

In the valley, the people believed this goddess lead them to the flowing of the waters. She was the cobra after all. She gestured to a beautiful slab of white granite.

He knew then that his wife was inside that stone. He just needed to draw her out with his chisel. Once that was done, his wife would be revealed.

He awoke in the midst of the night suddenly. He felt his face wet with sweat. He could not return to sleep. He knew what he must do.

He saddled his donkey and latched the cart and began his ascent up the mountain. Khonsu, son of lord Anubis, played his way across the sky as his beautiful, silver disk. He lit his way The Whole time. He knew the gods and goddesses were on his side. And this made him feel confident in his task.

Once he reached the top of the mountain, he saw nothing of note. There was nothing but the simple shrine of the goddess. He chose to pause beside the shrine and ask the goddess for further guidance.

After a few minutes, Kha was shocked to see the person beside him. He saw a young man whose face was covered with a desert shawl.

He greeted the stranger. The stranger lifted their eyes from their prayer and greeted him.

“What are you doing here all alone, child?” Kha asked the young man.

The young man was skinny and looked exhausted. “I was kidnapped from the north of Lunu by foreign tradesmen. I managed to sneak away in the night before they sold me. I have been wandering the lands for weeks as I strive to make it home.”

Kha took pity on the poor young man. They were leagues away from the city of Lunu. But, he did have tradesmen friends who could provide the boy safe travel home. He told the boy this and insisted he stay at his home until the tradesmen cane in 3 days.

“I am forever in your debt, thank you sir,” the boy said, throwing himself at his feet.

Kha was shocked at this and insisted he not thank him so much. He was happy to.

As they stood to leave, Kha was feeling a little disappointed that he did not find his wife. But, before they traveled down the mountain, the boy stopped him and pointed to a large white granite stone.

Kha became excited! He had found the stone where the gods will reveal his wife. The boy helped him load it into his cart and they both went home happy.

The boy told Kha that his name was, Sa. Kha knew this only meant “son” but he did not insist further. He had a feeling the stranger wanted to be secretive to protect himself.

Kha set about continuing to carve away at the stone for the next 3 days as Sa helped care for his chores.

The image which emerged from the stone was so unlike any being he had ever seen. So much beauty and so much joy in the image of the woman.

But she was so unlike any woman he’d ever known. On the third day, he finished and was disappointed. The image was so gorgeous and he knew the image was his soulmate. And yet, how could he ever find this woman?

He walked absent-mindedly up the steps of his house to the roof.

What he saw there shocked him. Sa was seated by the kiln making bread. Only his head wrap was off. And he was not a boy.

She was a woman. A woman so beautiful tho at he never saw such a beautiful woman. And, as he watched her, he saw the image he just completed in marble.

The woman saw him and threw herself at his feet begging for mercy.

“I knew that you were a good man.” She said. “And yet, I knew If you knew I was a girl, you might have thought I was a prostitute. My father will repay you I swear.”

Kha was still just so shocked that the woman he just carved from stone was now stiff before him. The gods had not forsaken him. He showed the image to the girl.

She looked at it in utter shock and disbelief.

Kha and Meryt became husband and wife and had several children. Meryt’s father and mother blessed the union.

They lived many years together. Until Meryt became ill when she was forty and died suddenly. Kha buried her in great splendor.

On her forehead he placed the head of the serpent. Kha thought of her as the embodiment of the great goddess, Meryt-Seger.

Several years later, Kha joined his wife and they lived happily ever after beside the sea of reeds, governed by Osiris.