Just Another Life I

by Meliha Avdic 6 months ago in Love
Report Story 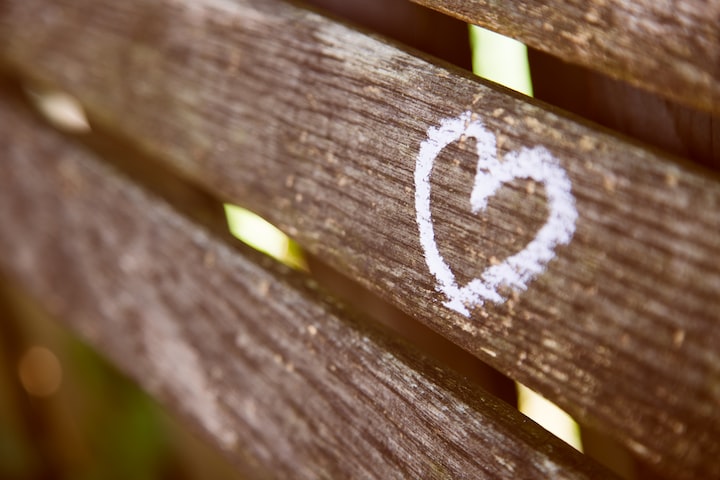 Photo by Jamez Picard on Unsplash

The lake glistens in the sun that is being pulled towards the mountain. Before too long the sun and the mountain will meet for that first kiss. The sun will then fall gently behind the mountain until it is completely gone, hidden away for the night. The tall, green trees growing densely all-around look on, as do the birds and the bees in those trees, as do I from my chair by the lake.

If I tell you that I am living in my memories, you are sure to guess my age, or at least have some idea, and if you have imagined me with wrinkles and grey hair, well done you. That is true. But I wasn’t always like this. Back then when I first met my mountain, my shelter from any night that life threw my way, I had long, brown curly hair. I always had a problem with it, it was never how I wanted it to be, and that bothered me so much. I wish I knew then what I know now – my hair was not important.

His name is Harris. Or, was Harris. I mean, he is dead now to everyone but me. To me, he cannot die. And no, this is not some kind of illusion, or some poor old lady suffering from acute sorrow. I am too old for sorrow. That sort of thing can’t touch me anymore. Plus, to be honest, I think I’ve also become too short-tempered for sorrow. You can’t be angry and sad at the same time. Besides, I have always been smart, so I think I would know if I was suffering from too much sorrow. I wouldn’t need some dimwit to tell me if I’m feeling too sad.

I am smiling right now, and I am smiling because I can almost hear Harris telling me to calm down, it’s just the ego of the youth, that they have good intentions. And they do have good intentions, and I guess I can’t fault them for not being wise enough to leave me alone when I don’t need any help. They are too young for that kind of wisdom. Does that sound to anyone like I feel sad at the thought of Harris, or that my thoughts are irrational? No, I simply had true love that cannot ever die. I was fortunate to meet him when I was very young, so now I have many memories of him. Those memories can keep me going forever.

I have other memories. Most are scattered about, a moment here, and another from there, however, there is one chunk of my life that I remember as if I were living it right now. I can recall every word anyone said, the way they looked, the way they moved, every single detail. This is etched on my mind, at the point where my eye is, and I cannot see anything, or even close my eyes, without seeing those days.

It was just after I returned from London to my war-torn homeland. I wouldn’t know how to describe myself at the time. I was a strange combination of smart and confused, accomplished and broke, confident and lost.

The building where I lived with my mum (she died during the war) had burned down, so I had to live with my aunt, my only living relative, in her living room. I should mention that my aunt used all her furniture as firewood during the war, so all my stuff was on the floor, in boxes and bags. It was a mess. I met Harris in that mess.

I can hear him laughing now. One, because we went through my stuff there and then while having a coffee. Two, because he was the exact opposite; his teas were in alphabetical order.

When love finds two people, a relationship just happens. None of the superficial stuff matters. On our first date… Can I even call it a date? It was a weekend trip with all our other friends joining us a day later, including my aunt. Is that a date? Oh, who cares! On our first date, or whatever it was, I twisted my ankle and he put onion on it. Is that the sexiest thing you’ve ever heard, or what?

He asked me to marry him on our first date. I said “Okay.” And we got married a couple of months later. I moved into his amazing apartment… It’s funny, I think at some point we all lived there; we, as in all our friends who eventually moved up here, in the mountains, by the lake. Harris and I thought we’d never leave that place. We dreamed of having lots of kids, seeing them fight and make up, we could see them play, and learn, and all the other stuff that a young couple imagines their life would be.

For a brief period, it was all perfect. We had found one another and it was like nothing could ever split us up.

One night, Harris came home quitter than usual… Harris was one of those strong silent types. I know it sounds like a cliché, but those rare creatures really do exist and I was fortunate enough to have one of them fall in love with me. Anyway, he came home and I could tell something was on his mind but not a great burden, more of a tickling worry. I asked him about it. It took him a while to find the words, but eventually he said:

“You and Benjamin talk a lot, I like it because he tells me all about it, but should I be worried that I’m learning about my wife from my cousin?”

It still makes me laugh. Benjamin, one of my dearest friends, was a barman in Café River where I went to start rebuilding my home, to find my place in the world. Benjamin and I could talk for hours about anything. I am not sure if there’s a social issue we hadn’t mentioned. I remember all those conversations from the mundane ‘hello’ to the ‘what, a man can’t be a feminist’, or ‘I just feel like feminism is forcing me to become a man; men and women are different, so to have equal rights, we have to have different rights’. I remember it all, I don’t know why. But the idea that Harris could talk that much, listen that much, go on and on… Let’s just say that he never had the patience for philosophy. To put him through that would be equivalent to torture. But, was leaving him out also torture?

The next morning I woke up and realised that he loved me without really knowing me. By then it was too late to worry about it. I’m not one to kiss and tell, I’ll just say that one night later, knowing me or not wasn’t relevant. I knew him. He let me in, and everything else just fit into place. He once told me:

“You might not know that you know, but you do know how to bend and twist to serve my needs as well as your own and that’s all I needed to know about you, that made you the perfect woman for me.”

I’ve thought about this many times. I did do a lot of twisting and bending and juggling in our daily lives, I just didn’t know I was doing it. I guess it comes from being the woman in the family. It’s not about me changing for him, or him changing for me, it’s about the environment we create so that we can both be happy. It’s not about seeking perfection for yourself, but for your team. Of course, no man is an island, and so everything can fall apart no matter what you do.

I still remember the day I found out they took him. He was accused of war crimes and just taken away to a high-security prison as if he was the most dangerous human on earth. The truth wasn’t relevant. There were some institutions in our world that functioned away from roles and regulations others had to obey.

‘Missing assumed dead’ – that was the message that changed me forever. It came from a trusted friend who had a glimpse into that world where Harris was stuck. After that, nothing ever went back to the way it was. Even my love for him was changed in some ways. Maybe not the emotion itself; what I felt. But the way I had to twist and turn and bend to keep our team going.

Maybe short stories are not the best way for me to tell my life story? I should really write a book. Am I too old to write a book? What would be the purpose? To tell you about Harris? I guess that could be entertaining. Maybe some young woman could learn from it, though I doubt it. I was lucky. Lucky people have nothing to teach. I can’t tell you how to make a relationship work because I met the right man at the right time, and I never doubted him for a second. That’s just luck, plain and simple.

Well, I’ll try writing a few more short stories, then I’ll see how it goes and if I should write a book.