by Sai Marie Johnson 5 months ago in Short Story 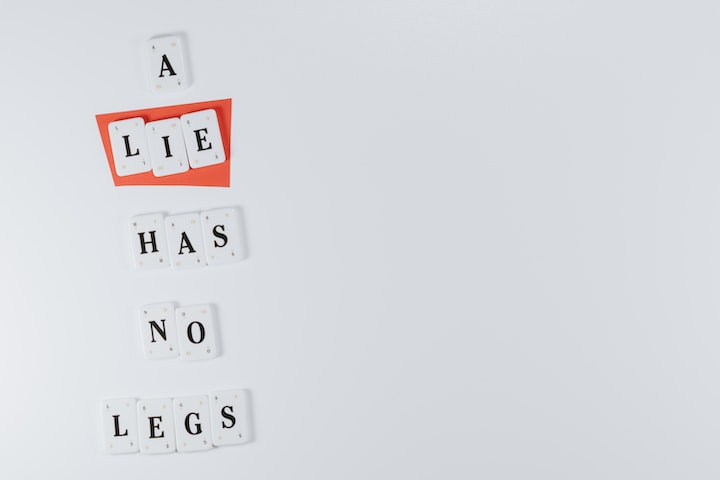 NOTE FROM THE AUTHOR: This particular story is meant to be one for flash fiction, and the original word count needed to be under 500 words. Vocal, however, has a 600-word minimum requirement to share any piece and so I decided to write this small passage giving some explanation behind my idea for Just a Little Fib.

Mainly, it has become a serious issue how social media can be weaponized against others and how, even in an age where we have pushed Anti-Bullying, social media has become one of the greatest tools in the online predation and abuse of innocent people – mainly preteens and young adults. However, that is not to discount that even elder adults can experience the backlash in online communities. When I wrote this story, it was because I wanted to show how the simplest behavior can shape the rest of anyone’s lives and it was something I wanted to use as a preventative that inspired people to consider their actions. Because while you can easily just delete a statement online – you can’t remove the scars you place on another person’s psyche.

"Wake up!" Nicole cried in my ear.

"What?" I asked easing myself and wiping at my sleepy eyes.

"What time is it?" I asked her without paying much mind to her question.

"Ugh, Kasey why does that matter? I asked you to guess what I heard. It's two in the morning." Nicole huffed. I quirked my eyebrow, and looked back at her blankly.

"Why are you waking me up at two in the morning to guess what the hell you heard?" I asked her.

"You know Heather Nolte, right?" Nicole asked me. I shrugged. Of course I knew who Heather was.

"She committed suicide!" Nicole said laughing, and tossing a pillow in my face, "Can you believe that? She effing offed herself because Kyle Reed wouldn't date her!" I looked back up at her shaking my head. I didn't find it very funny at all.

"That's not funny, Nicole." I said flatly, "Actually it's really messed up that you are even laughing about this! When did you find it out?" I asked her.

"I saw it on Craig's Facebook newsfeed. He posted something about rest in peace, and you will be missed. Stupid sentimental crap. I don't even know why he cared about that freak." Nicole stated.

"And you believe it? You know you shouldn't believe everything you read on the internet." I said.

"Why would Craig lie about that? I believe it. The little witch was an emo little twat. I think she probably deserved it." Nicole said rolling her eyes. I shifted in bed, and looked away from her.

"Well, it's too late to be sitting here continuing to talk about this. School comes early. I'm going back to bed." I waved her away, and pulled the pillow over my face.

I shifted my backpack on my shoulders, and kept walking down the hallway. School wasn't going to be easy today. I couldn't get what Nicole had told me out of my mind, and I wondered what the teachers were going to say about Heather's death. As I walked into the classroom I glanced over in the corner where she used to sit, and sighed before taking my seat. Several other students were whispering about her chair.

"Sit down class." Ms. Hewitt began, "There is something to discuss."

Just then Heather walked in, and made a bee-line for her desk. I shook my head in disbelief, but as I turned to look at where Nicole usually sat my mouth fell agape. There was nobody in her desk.

I shook my head. There was no way. I stood up, and began shaking, "No, no, no. How?" I ran out of class with tears rolling down my cheeks as it dawned on me. Heather hadn't died. Nicole had. Was Nicole a figment of my imagination?

No, Nicole was a ghost.