In The Dark Of The Night 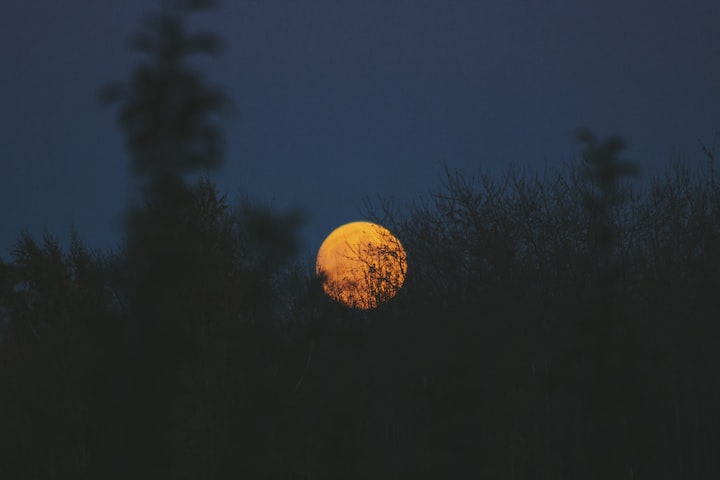 Nobody goes outside after sun down. That's been the rule ever since I can remember. Dad says if you're not inside by sunset, you're left out until sunrise.

"We don't take any chances, Lin." He'll say to me every time I ask about it.

Nobody's ever been left out before. Well, almost no one. A guy we were running with in the beginning, Dean, left the barn just before nightfall, even with dad's warnings. He came back after dark, but

"We don't open the door for anyone until light, Lin."

I'm not sure what ever happened to him. He wasn't there in the morning. We never saw him again. His brother, Joe, and nephew, Adlan, are still running with us. If you can even call it running anymore, I'm not sure. That's what dad always calls it.

We started running when I was only 7. I'll be sixteen soon. At least I think it's soon. It's hard to keep track of the days. We came upon this piece of land about two years later and we've been here ever since. We've had a few people come and go, but we're still here. Dad, Joe, Adlan, Fizz, and me. Felicity, we call her Fizz, was 12 when we met her on the road 8 years ago. Dad couldn't leave her there. She had lost her parents, her brother, she had no one and nowhere to go. He's never explained it, but I think it has to do with my mom. If something would've happened to him as well and someone found me wandering around on my own, he would've liked it if a nice group would've taken me in and treated me as one of their own. We met Dean, Joe and Adlan a few months later. Addy was just over a year old. We looked out for each other. We look out for each other.

One night about a year after we'd found the barn, I woke up to Adlan making strange noises.

"Adlan?" I was too scared to leave my little bed on the floor. What if the lock is broken? What if it wasn't Addy?

"Addy?" I said again, hoping he would say something else.

"What is it? Are you alright?"

From then on, that owl was a piece of the world we had created. Adlan named him Sniffle which from what I hear is pretty on par with kids naming their first pets. My first pet was a goldfish named Kitty. At least that's what my dad says. Every night we would lay on the floor together and watch for Sniffle to drop by. It wasn't much, but it made us happy. And dad says you need to take happiness where you can get it these days.

A few hours before the nightly Sniffle watch, Addy wanted to go out and collect some twigs for Sniffle to make a nest. His dad had been teaching him all about owls, at least what he could remember or make up. We had about an hour before nightfall and we all agreed that we could have a little look around, but we'd probably have to go out in the morning.

Filled with excitement, Adlan threw on his coat and rushed to the door, waiting for no one. All of us went because when you need to take the happiness where you can get it, watching an 8 year old run around collecting sticks for an owl's nest is just about as happy as it gets. We decided to split up and gather as many supplies as we could before we headed in for the night. I ran across the field to the big pine trees to find some bigger branches for the nest to rest on. I climbed a few rocks nestled against the biggest of the group to grab some dying limbs off the tree. Next thing I knew, I was on the ground.

I must have hit my head or passed out, I'm not sure, but by the time I found my bearings, it was nearly dark. I started running faster than my legs could carry me, abandoning all thoughts of an owl nest. I could hear my dad's word echoing in my head.

"We don't open the door for anyone until light, Lin."

I could see the barn just across the field, but it might as well have been a hundred miles away. I started screaming for my dad. He knows I'm coming home, right? He wouldn't lock the door without me inside, right? I was running out of time, but I would make it.

I was too late.

More stories from Shae Moreno and writers in Fiction and other communities.