Different worlds same person, but who? 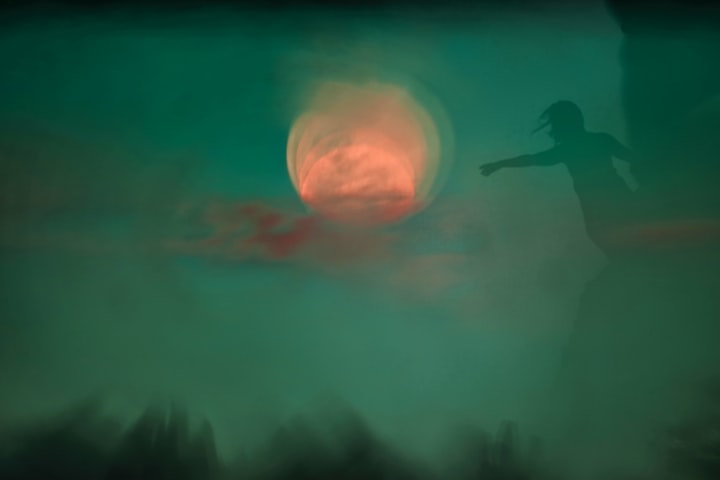 We're best friends. The details are fuzzy but I know for certain that he is a constant in my life. It was a particularly rainy night and although it was the same routine, wrapped in a bundle of blankets with the tv on and a cup of tea, there was a darkness looming over my shoulder that didn't sit well with me. Soft knocking on the door and when I opened it, there he was. Randomly showing up at each other's doorstep wasn't uncommon for us but it wasn't appreciated tonight with this prickly feeling on my skin...

Those were the words he came to say but they did not come as a surprise, it was more so... why tonight? Why come like some bad omen plagues him and this was his last chance? The timing was too convenient when tomorrow he was scheduled for a mission that I was already uneasy for. I was part of the engineering team, I've crunched the numbers and there are no flaws so what was this ominous feeling? No words were said as I took his trembling hands in mine and one look was all it took for him to understand, his expression falling. Neither of us addressed it further and after he was gone my anxieties spiked. That wasn't my real answer but I wanted to tell him when he was back safe... so why can't I shake this feeling that something bad is going to happen?

Next day comes and I'm in the control room watching the team make their way to the rocket, pride swelling as my best friend is the front runner and captain. It was short lived though, nerves successfully snuffing it out again. Everything was in order, systems were checked, lift off is smooth... but then it happened. The fear both him and I felt yesterday, that unmistakable thought we had manifested into existence happened. Sensors were going off, papers were rustling, frantic hands flew about to try to avoid new variable, and voices picked up volume before comms cut off. My heart that was racing in my throat sank to the very depths of my stomach and my ears rang. The only sound that could be heard through the ringing were the sensors alarms but even that soon died out as my eyes stayed trained on the blinking red dot on the screen. The only remnant of my best friend, the man I loved with every shred of my being. Then my eyes fluttered close for a moment, and I woke up.

It was the basic storyline. Experiment gone wrong and zombies were a result, although the government called them "ferals" because they wanted to avoid the panic of using the z-word. As the world was forced to adjust to their new normal a mutation was born in the midst of it. In simple terms they were beings like the ferals (red markings, decay and all) but their "humanity" was still intact and that's where you and I come in.

I was sat atop a wooden fence with you by my side. We were standoffish and were it not for the feeling in my chest I would have thought us as enemies. We were talking but the conversation was a blur to me, my mind focusing on the few centimeters between our two hands. Although the urge to close that space rang in my mind ferociously, my hand stayed in place as if there were a reason why neither of us were going for the chance. That's when I noticed the reddened marks on his forearm and as my eyes travelled further they were scatter all over his body; up his neck, along his fingers, peaking past his hairline. When the conversation finally registered in my ears, the feeling in my chest I hadn't notice took the forefront of my mind. It was this pain and sadness that was mirrored on his face because what if... I just turned like him? The words and feeling were all too familiar as if this wasn't the first time we had this conversation, that and the fact that my response was,

It was a heavy subject, almost touchy with the tension in the air, but we tried to keep it light as if it was as simple as changing your routine rather than a complete genetic makeover full of uncertainty. He went on about the "perks" like immortality and no longer needing sleep but although we talked about it, it wasn't an option even if I had said yes and the sadness on our faces that could even be felt in the air was proof of that. His hand reached out to caress my face but before our skin made contact he tensed, eyes suddenly darting around. A protective arm snaked around me and pulled me closer until my face was nearly buried in his shirt. He was shielding me from something, most likely a feral, and was using his own scent to hide my own. After a moment I could hear the familiar dragging of feet accompanied by a low groan and all my heart could do was sink further. Like clockwork, the silence that fell over us as we waited for the feral to pass just screamed "this is why" but the chances were too low and neither of us could risk me missing the mark and turning into... that instead. I close my eyes and breathe in his warmth but when I opened my eyes, the world was replaced with my bedroom ceiling.

Those were the two I recall clearly enough to write down. I rarely remember my dreams in general but on occasion vivid dreams like these appear although the intervals between them is inconsistent, taking weeks or even months to appear. That doesn't mean you rarely appear, on the contrary, no matter how vastly different each dream was from the next each time there is always you who exists there even if you don't show yourself. Like a trained dog, my heart reacts at even the scent of the complex emotions you evoke and it chases that feeling endlessly until the link is broken. Either by your appearance or by the morning sun. But the thing is, I've only ever known you as a feeling. I can remember every emotion I felt in your presence in every dream in my memory yet if someone had asked if you had dark ebony hair or snowy white my tongue could not say. When racking my mind it feels like a cliché because my eyes can trail up your body but your face is masked with shadows or a blinding light as if you're a main character that is mentioned but cannot be revealed until the middle of the story. Even mentioning your body is uncertain, my brain processing what I would think your build was but when certainty is within reach, your form changes like a glitch and I'm no longer sure.

Even without any defining features it is you though, my heart tells me so. Without fail there is the familiar rush I can only describe as what I think is love followed by a squeezing in my chest that dulls to an ache in your presence. Only you can stir this specific mix of emotions in me, a signature you branded on my soul that was yours alone. Another thing that never changes is that personality of yours. Always shouldering some type of burden but continuously keeps things lighthearted and forever having this indescribable warmth. Yet like your personality, our end, too, is the same every time. A conversation followed by a loaded statement or question that I cannot reciprocate. There is always an unspoken heaviness in those words and always an undeniable reason that we both understand so no words ever follow. Instead time passes, sometimes minutes and others days, but then something happens. Usually that "undeniable reason" makes itself prominent and reminds us that reality will not let our desires come to fruition but a few times your life has slipped through your fingers and crashes into me like a pedestrian "meeting" a reckless driver on a rainy day.

It always ends with my body waking to a bitter feeling turning in my stomach and my mind desperately fighting to remember what happened in the dream or furiously writing down what I can recall so I don't forget... So to my ill-fated partner that my eyes cannot see but my heart knows our love all too well, who are you?

A writer at heart who wants to share my works. I want to evoke emotion in people when they read my writing but I won't ever know if I can if I don't put anything out into the world so this is my first step :)

More stories from Luna Frost and writers in Fiction and other communities.