I Never Asked You Out: Part 4 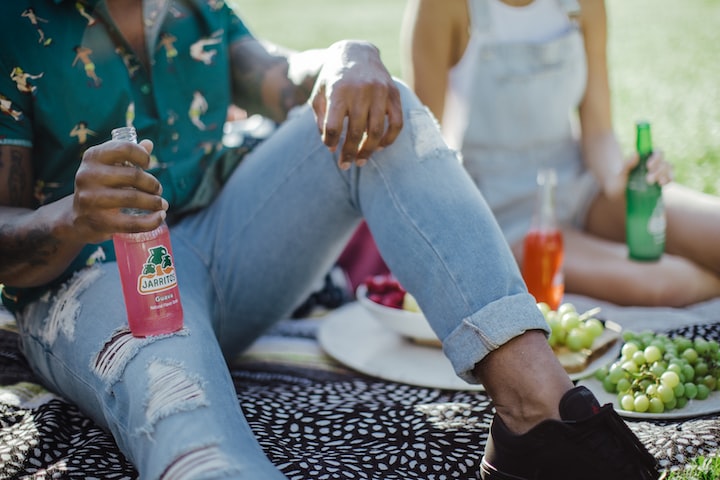 The following week went by quickly. After Caro's first day back at school, there had been some strange looks thrown her way when she entered the class and walked to her desk. She had tried ignoring them but they wouldn't stop staring at her. Finally, after an excruciating hour of Maths, lunch came and went with absolutely no sign of Clark. She figured he must be busy preparing for his exams. As the bell rang signalling the end of school, she packed up her stuff and made her way to the door. Just as she was about to step out of the classroom, she felt someone grabbing her arm from behind. She spun round to find Lexa in her

"Sorry if I scared you," Lexa apologized. She then lowered her voice and asked, "Did you see Clark anywhere?"

"Shouldn't you go look for your boyfriend," she whispered.

"Well, you two are dating aren't you?"

"Then you should know what you're doing," she smiled at her before letting go of her and walking away.

It wasn't long until Clark found Caro at her locker.

"Where have you been?" Caro demanded, crossing her arms over her chest.

"Sorry, babe but I just needed to prepare for my exams."

"But what happened today? You never missed Maths or lunch. What changed?"

"Nothing really. I just needed to make sure I did well on my tests. Plus, it gives me an excuse to spend more time with you," he replied hastily. Something seemed off and Caro knew it adding to the fact that Lexa came to give her some warning vibes. She didn't know what that meant, but she decided not to ask.

Instead, she placed her arms around his neck, giving him a sweet kiss. He smiled against her lips as his arms wrapped themselves around her waist pulling her close to him.

"So when are you going to tell your dad about us?" Caro queried, smiling slyly as she watched Clark eat. She noticed he seemed to be distracted by something.

He blinked. "Tell him what?"

"About us. You know," she rolled her eyes, playfully hitting him on the arm with her spoon. "You know that you love me."

He looked down at his plate and picked up the spoon.

"I think I'm good now," he said after a moment.

"Really? Are you sure?" she smirked. "Because I don't understand why you've been acting weird lately."

"What do you mean?" he asked, placing his fork down and folding his arms across his chest.

"You know exactly what I mean," Caro huffed. "Whenever I try to ask you something, you get very quiet, and then you turn beet red. And you always stutter when you answer."

"I'm sorry Caro, it's just that I'm nervous," he admitted.

"Nervous?" she questioned. "What are you nervous about Clark?"

"What's everything?" she asked curiously.

"How come you're not talking to me much?" she asked softly, her brow furrowed.

"Is there any other girl whom you like? Is it a crush?" Caro asked.

"No. There isn't any girl. You're the only girl in my life"

"Then why wouldn't you talk to me properly?" she persisted.

"You can't keep playing games with me. Tell me what's wrong. You know I care about you."

Clark didn't respond. He continued eating his food instead, refusing to meet her eyes.

"I want to talk to you about something else too," she mumbled, suddenly becoming shy.

"I'm going to be travelling for the holidays with my family after our exams and I'm really going to miss you," Caro said with teary eyes.

Clark smiled. "I'll miss you too. Maybe we could Skype or video chat or something while I'm away?"

They spent the rest of the afternoon talking about their plans for the holidays and laughing over silly conversations.