I Am A Dragon Killer

Chapter 1: Another Day, Another Dollar 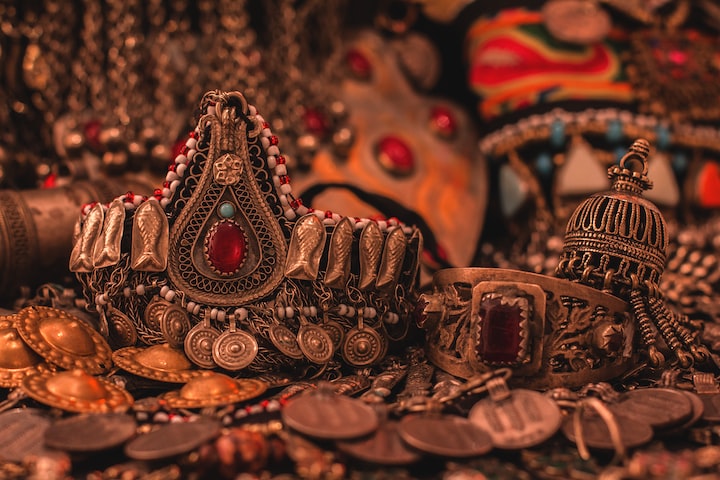 Photo by János Venczák on Unsplash

There weren't always dragons in the valley. It used to be a trade route. The King's gold flowed freely down the river Acheron, and then it didn't. Even from the mountaintops I could see the glitter of the dragon's hoard. And now, I stand in the middle of it. King's gold, Myrian gold, Askan silver, jewels of every shade and color.

I should mention the skeletons.

And by skeletons, I mean my party members, the fucking failures. When you're tasked with killing a dragon, one assumes you know how to keep yourself alive when facing said dragon. And yet here I am, the lone survivor, half a sword and a bejeweled carriage between me and certain death. Because we both know that one of us dies tonight, and that dragon will be damned if it's him.

It wouldn't be a terrible death, all things considered. 'The tragic Gen, killed in battle with a tyrannical dragon.'

The dragon screeches wildly, flinging itself around and spraying gold and jewels like shrapnel from a blast. The carriage protects me from most of it, but I don't dare breathe until it stomps away.

Tyrannical fucking dragons. All I want is gold. To get paid. To have a team of dragon killers that can actually help me kill a dragon without dying themselves.

Their skeletons look on me with dead, hollow eye sockets. The air around them still shimmers with heat. I close my eyes.

Shoddy cover, half a sword, and a dragon's eye.

The King doesn’t look nearly happy enough when I dump the dragon’s eye from the bag to the floor.

I straighten myself and try to wipe the slime from my hands with the bag. "With all due respect, your Majesty, the dragon's head was the size of a large carriage. It wasn't feasible to bring the whole thing with."

The court murmurings die at that, and I know I have to spin some yarn to make sure I get paid.

"They fell in battle against the dragon," I intone, "though they fought bravely, and for the glory of the kingdom."

I glance around at the court, hoping my intoning is enough to convince them to hold up their end. They're looking more verklempt than aghast now, which I count as a win.

The King nods gravely. "A tragic loss, but a noble one, nonetheless. That you have brought us the eye, am I correct to assume that the dragon has been slain?"

As dead as your shitty knights.

The King stands, spreading his arms. "Then let the kingdom rejoice, for we are free of the tyranny of the dragon! Our home will once again flourish!"

The court starts chanting and celebrating, and I take my opportunity to slink off to the side, where the financial advisor to the King is hiding. He catches my eye and turns down a corridor, so I follow.

The chanting follows us down the stone corridor but fades the further we get from the hall. Eventually, when we can hear ourselves clearly, the advisor stops me.

The advisor is mousey and bookish as they all are, with a frightening intelligence behind his eyes. I have no doubts that he would gut me if he thought it would further his position.

As it is now, he simply pulls a scroll from under his arm and unrolls it, positioning himself under a torch to light the words.

"Well, originally the reward was to be split between yourself and the knights," the advisor glances between me and the paper. "The knights all requested land as a portion of their reward, but you had some unusual requests."

The advisor checks his list again. "The Red King's Sword, and the White Pearl Blades. You are aware that these are cursed items."

I raise a brow. "I know how to handle cursed objects. Your kingdom is the last place to have records of ever holding both items, do you have them?"

The advisor sighs and rolls up his scroll. "Unfortunately, we do not possess either the Red King's sword, or the White Pearl blades. They were lost to us many decades ago. They may be in the dragon's hoard, but it will take us some time to find them, if they’re even there. In terms of payment, I wanted to ask you about your preferred method, knowing that we cannot provide you with the reward you seek."

I roll my eyes just a little. A bust after all. "Yeah, alright. Let's talk."

Despite my best attempts at finding a quiet bar, I could not escape the raucous celebration that seems to have exploded from the people. The town is apparently overjoyed at having their trade route open again. Drinks flow freely over the bar, the barmaids doing their very best to stir up trouble with their patrons.

Someone grabs my shoulder and pulls me to face the bar crowd.

"The dragon-eyed bitch herself!" The man hollers, and I realize that I am not nearly drunk enough. "Three cheers and a round for Gen!"

The crowd does not manage three cohesive cheers, but they do raise their ales and shout incomprehensibly, and that appears to be enough. The man gets dragged back in with his group of friends, and to my relief, no one comes up immediately to take his place.

When I turn back to the bar, a barmaid is already waiting to top me up. She's got big brown hair lashed up in a curly bun, thick shoulders, and calloused hands.

"You really kill that dragon?" She asks, pulling out another mug for the next customer.

I take a sip. The ale's lukewarm, but the buzz is finally starting to sink in.

"I dunno why people are always so surprised." I say. "Wouldn't be much of a dragon killer if I didn't."

The barmaid shrugs, making change for a patron. "Seems like such a dangerous profession, is all. How do you not get hurt, or die?"

The barmaid eyes me curiously, so I relent and pull down the collar of my shirt, revealing the bruising and torn skin where I'd been whacked by the dragon's tail. The barmaid's eyes go wide, and I chuckle a little.

"Don't worry, dragon killers are a little tougher than you folk." I say, going back to my ale.

The barmaid's eyes linger at my breast. Her eyes flick to mine, and there's something a little different.

"I'm off in an hour," she says, voice low under the crowd. "If you wanted to spend a little time together."

I lean back at my stool, and a smile plays on my lips.

A patron in a dark hood sits down next to me, and the barmaid turns to serve him before being called off by one of the others.

The patron sips his ale, then turns his ear to me.

"There's a rumor about, that you're looking for cursed weapons," says the patron.

I put my elbows on the bar and give him a sidelong glance. "What about it?"

The patron has a rough face, wrinkled with a burn scar over his cheek and lips. He gives a twisty smile.

"I might know someone you could talk to," he says, "a smuggler of rare and unsavory items."

I consider this. "Smuggler have a name?"

The patron sips his ale. "He's known as the Collector, and you'll find him at the docks. He looks forward to meeting one such as yourself."

I appraise the patron before looking back at the barmaid.

"Yeah, well," I say, "he'll have to be patient while I take care of another task."

"Take care not to trifle with him," says the patron, "the Collector is not a man who likes to be kept waiting."

That's ominous. I go to look back at the patron, but he's already gone, the bar occupied only by his empty mug and a handful of silvers.

No matter though. I turn my attention back to the barmaid and raise my mug for a refill. The night is still young, and perhaps I deserve to revel in my free drinks for just a while longer.

I'm an amateur writer based out of BC, Canada, and I write loosely within the fantasy and science fiction genres, generally with an emphasis on queer people and stories. Any pronouns are fine!

More stories from Rielle Hein and writers in Fiction and other communities.