House on the Hill

by Alex Jennett 6 months ago in Excerpt
Report Story 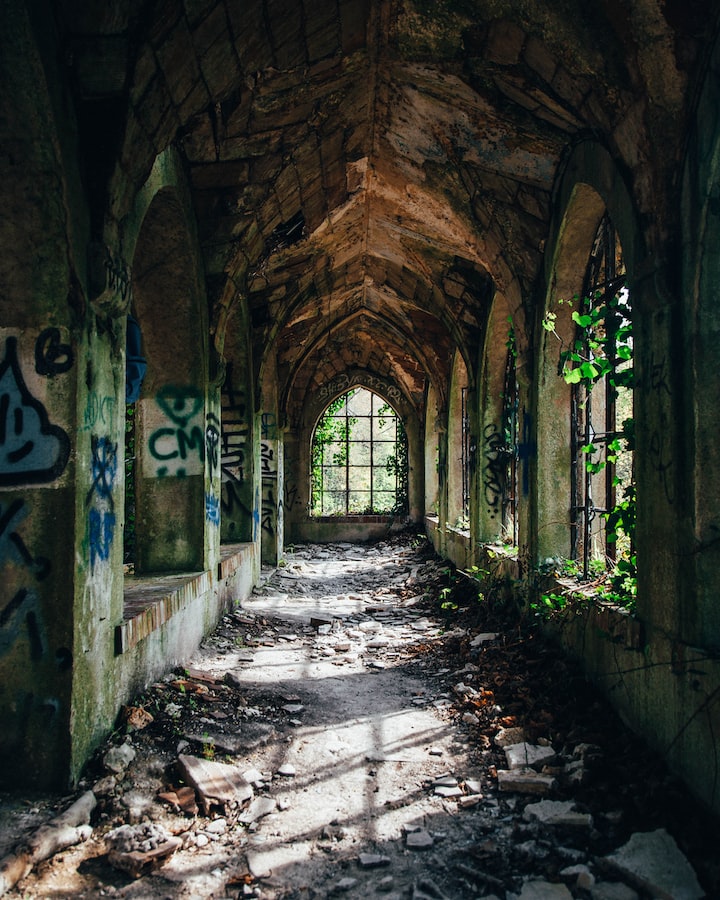 Photo by Gwendal Cottin on Unsplash

There was this house on a hill that was very evil. It reeked of it. The rubble could call itself names. It would probably call itself Paul, I would think. It was also a very sad house. Crawling with dog tags and mystical letters. Painted red and swallowed whole in romance. The romance of the mystical kind. It baited many a weary traveler. Drowned them in its own sadness. This is very disturbing, but it was there just the same.

Paul could sense the travelers and let out a mellow shriek upon their arrival . Although they did not always seem to hear it. Until it was too late. Getting out of their vehicles to park in the rotunda, these travelers would see something that they did not want to bother with.

Chagrin: distress or embarrasement at having failed or been humiliated.

He popped out of the background as if he wasn't there at all. Sinuating suffocation. As the tendrils swirled around him and adapted to his every movement. What was in store he could not tell. The older people had limited storage capacity and function. But that did not seem to matter. Today or any other day. Visiting his ex was something that he wanted to do. In the background at least.

The visitor had potential. And was all going to come to pass in a minute or two. If the connection was good at least. Otherwise he stored what he had inside. He got a little higher when he started writing he enjoyed doing it, it helped pass the time. An addiction he could not control. Withering from time to time but that would pass as well.

Downstairs was whispering and moaning bringing forth constipation of the mind. As well as body. But this was something that was enjoyed. And not a passtime per se. But mental stimulation at its peak. Everybody was stopping and going today, slow or fast, it did not matter at the time. Apparently though it did to him. Starving for it in his mind. Unable to precedently suffer for a lack of a better word.

The house told him to light himself on fire, but would he listen, hell no, we won't go. Burn he did not want to do. Strolling down the street to the next house over. Was his way of telling the neighborhood to go screw itself. He did not like the house he lived in, much less wanted to stay in it. Everybody is coming out of the woodworks now that the temperature is better and easier to handle. He did not know how much more he could take of this obsession.

Nothing good would come of it. Whats with everyone still wearing masks as though they were still a mandate. I suppose in some places they still are. But I myself am vaccinated. To the fullest degree possible. I made sure to go with the flow of a mundane and paranoid society. Keeping up to date with its mandates. And watching the time pass as everyone freaks out. To come to the conclusion that they were being watched.

Screaming through the minds of others as they pass through the rooms one at a time. I think I'm ready for this his mind was telling him. Otherwise I am going to go back to my room and meditate. Over the sanitary effect of a cross-dresser. Ready to pounce through the undertow of our visionary status. It was getting harder for him to breathe through this filth. As if it was always there in the background for him to wade through.

Just starting to publish my works. Enjoy listening to music and writing poetry. I am surprised that since I started writing with Vocal I have created 30 plus stories. It helps me ease my anxiety and tension when I write.

More stories from Alex Jennett and writers in Fiction and other communities.