Is that really chocolate cake that he's eating? 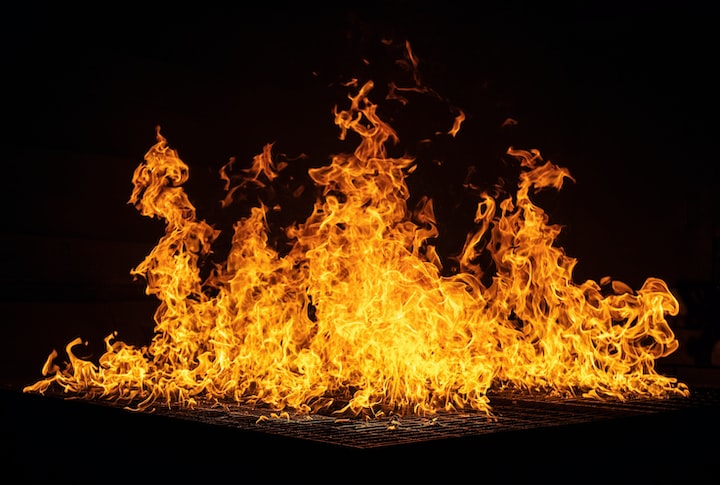 A miraculous thing happened that Monday morning; Hedo found himself awake and out of bed. Not only that, his body decided to carry him out of his room. Granted, he moved like an elderly zombie, and wasn’t present in the slightest, but it was miraculous all the same.

“Hedo?” His Mum called from the kitchen in a surprised tone. “You’re up? It’s eleven in the morning, you know?”

Initially, Hedo grunted in response, then realised that saying hi would be nicer for her to hear.

“Good morning, Mum,” he said, stumbling into the bathroom.

He stared into his own tired eyes, almost marvelling at his own reflection. He noticed a crumb residing on his neck which could have passed as a newly grown mole, if he didn’t know any better. He rolled his eyes instinctively – it was chocolate cake.

How did that get there? He thought, before brushing it off into the toilet.

Now past midday, Hedo found himself washed, dressed, and a little more awake. As still as anything, like a fallen tree with no wind to embrace it, he lay on his bed, his head propped up against the headboard, supported by four pillows.

Occasionally he was pulled out from his trance by the clinking and clanking of pots, pans and plates coming from the kitchen. Nevertheless…there he dreamed, fantasised, about ways that he could get himself out of his current predicament. At twenty-five, the reality of what his life was like got harder and harder for him to stomach every day. Hedo was living back at his parents’ house, jobless, broke, and as lonely as an abandoned home. He needed something more. He may have been jobless, but he wasn’t purposeless, he had a passion for playing, writing and producing music that all the dichotomy between his pain and numbness couldn’t quell.

He also had a passion for chocolate cake. The good stuff. With a single taste: comfort, relief, decadence.

Dreamed of breaking out of the four walls he always found himself isolated within.

He just had to hold hands with fear. He just had to get a job and not allow his erraticism to get in the way of holding it down. He just needed to stay here for a few more months or so, while he worked on a skill that would surely grant him money, and therefore independence and freedom.

But, he didn’t feel like he was quite adequate enough for any of that.

With that thought, Hedo got up, opened his bedside drawer, retrieved a large piece of chocolate cake in a clear bag, and began to indulge.

Just like that, he became more animated. A light smile decorated his previously sullen face, his tired eyes opened wider and lightly dazzled. Thoughts of action to facilitate any sort of change in his life disappeared into an approaching, extremely thick mist.

The taste was too sweet to be legal.

Hedo picked his laptop from off the floor, laid on the bed, and put on some cartoons. The feeling that overcame him as he got halfway through the chocolate cake was the emotional equivalent of wrapping himself in his duvet on a cold day. After hours of hard, unforgiving work.

There was a knock on his door.

A feeling resembling guilt, and another resembling panic took hold of him.

“Yeah?” he called, almost in a whimper.

His door opened, and there was his Mum, looking at him longingly with her loving eyes.

“Oh, honey,” she said pitifully. “Are you okay today?”

“Great news, Mum,” he told her with a smile.

“You were up early today!”

“Earlier than in a long time.”

“Are you sure everything is fine?”

“I know, bless you,” she said looking as though she was about to burst into the physical embodiment of empathy. “You’ll find your way, Hedo. Just focus on getting better.”

“That’s my boy. Remember me and your Dad are going away in a few hours.”

“Yeah, I remember,” he smiled.

“Well, in the meantime, I wanted to make you a cake-”

“I’ve already started on the mixture!” She beamed. “What would you like? Chocolate? Victoria Sponge? Fairy cakes with buttercream? Anything you like!”

“Well, I do like buttercream…some fairy cakes would be lovely Mum. Thank you so much.”

“Fairy cakes with buttercream it is.” She nodded.

And with that she was gone.

The feeling of comfort had now completely escaped him. In its place, the guilt had completely settled in. A switch up that he was all so familiar with.

When will I get my shit together?

How do I escape this prison I’ve built for myself?

Everyone who loves me, I’m letting down.

Hedo wallowed in his thoughts. He wanted to cry them away, but he couldn’t. He had to do something!

He had to be something!

There’s so many people his age who are stable and successful. Why couldn’t he find it within him to forge a way out of this? To be a normal, functioning person? For years now almost every day was the same. At least, ninety-nine percent of them were incredibly similar and spent in his boxy, white-walled room. His life was in tatters, and didn’t he know it. Didn’t he?

His stomach groaned in discomfort. It felt as if the guilt was physically squeezing the low rumbling sound out of it. Shrinking his insides as if it they were trapped in a trick room where all the walls were closing in. He hated feeling like this.

Hedo sighed, and grabbed another slice from his drawer. Once again he started watching cartoons, and made his way through to a perfect calm.

The guilt faded into the mist. All he felt now was warm.

A few hours later, at around four pm, Hedo’s Dad burst into his room in a state of emergency. Hedo jumped, and felt his bones jump up within him.

“Hi Son, me and your Mum are going away now.”

“Okay Dad, I hope you guys have a nice time.”

“Make sure you turn your electric off before you fall asleep tonight,” he said, pointing to Hedo’s extension lead. Its array filled with plugs.

“And make sure to keep your things away from the heater. I don’t want to come back to a burnt down house!”

As if a fire is just going to spring up in here.

“And, maybe clean up your room too,” he smiled.

He said goodbye to his Mum, eating a couple of the fairy cakes and thanking her for making them before her and his Dad both left.

When they were gone, Hedo swiftly got back to indulging. Back to his bed. Back to his cartoons. Back to another slice of chocolate cake before reappearing uneasiness could settle. As always, he welcomed the mist, and fell into tranquillity. Hours passed of rinse and repeat, before Hedo’s increasingly soft gaze transitioned into a heavy slumber.

Deep into the night, Hedo was awakened suddenly by his body’s irresistible urge to cough out smoke. He felt extremely hot. A fire was spreading across his room like it had been doused with petrol. Hedo’s eyes widened speedily as he sprung up onto his feet and gasped, coughed profusely, then gasped again, then coughed profusely, rinse repeat.

The room is actually on fire!

The room is actually on fire!

The floor is lava!

The floor is lava!

The floor is literally lava!

Even the white walls were completely engulfed in a blazing shadow.

He started to finally, actively, at least begin to try to think about a logical way to get himself out of his predicament. He could-

Smother it with his pillows!

Hedo picked up a pillow and pressed it against the floor with aggression, but the pillow decided to combust into dust within a blink.

He tried another pillow.

Hedo screamed out in frustration, coughed, screamed, then coughed again, rinse repeat. The bed caught fire, and at around midnight on Tuesday morning Hedo only had about thirty seconds before the burning alive was to commence.

Hedo’s belly roared, much much louder than the fire and his ferocious cough combined. In fact, his heart, his brain, his whole body seemed to contribute to the sound.

Chocolate cake. That will save him! Hedo wasted no further time, bent down and reached for his bedside drawer.

“OW! OW! OW!” He shouted, feeling the tops of flames singe the skin of his hands and arms.

Luckily the cake was in the top drawer.

Hedo got what he wanted. He sat down. Surrounded by hot…fiery…flames, and began to indulge. Then he looked at his window. The curtains weren’t even drawn.

I could just climb out the window? Duh?

He shrugged his shoulders.

Hedo picked up his guitar, which lived in just a large enough gap between his bed and the wall on the window side. Then he played, and indulged. Played and sung the wordless melody of the cartoon he had been watching. And as he sung, coughed, and played, his room was becoming mist. The fire seemed to sing along.

Musician and lover of words!

More stories from Will and writers in Fiction and other communities.