Maybe In Another Life

By E.L. MartinPublished about a year ago • 6 min read
1
Share 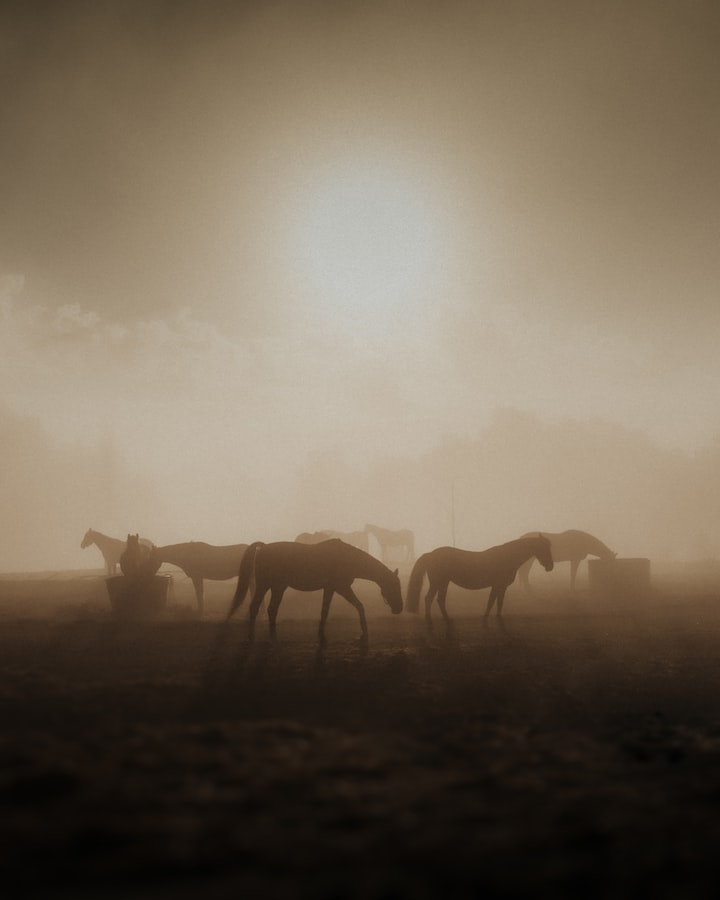 Thanksgiving was going to be different this year. My parents were coming over for a feast my husband and I were hosting. Mother of course, considered it inconvenient as always. She found alternative plans preferable, but showed up anyway, albeit grudgingly. Dad, always the whimsical sort, decided to meet us at an alternate location prior to our celebration. I wondered what this cadre had up his sleeve, but knew there was no point in guessing. He always had his own plans, and usually everyone else went with the flow. You could call it his charm or charisma.

Before we knew it, our family had arrived at the location he selected. It looked like a rest area with plenty of parking, but still surrounded with woods and a trail path. It was surprisingly close to the highway, but far enough away to avoid danger for our toddler. Dad was running a bit late. He always ran on "his time", but there was generally a good reason behind it. Who knew what he had gotten into? Farm life had its challenges after all.

Just as I was growing irritable with hearing Mother's complaint about how, "It was his idea, and he shouldn't be wasting our time with his plans. We have better things to do with our day.", I saw a large white truck round the road's bend. Had Dad's truck always been so large? Behind it, however, was something more shocking; the largest stock trailer I had ever seen in my life.

I wondered what material comprised it; it was as if it was made of some sort of unbreakable glass. I had never in my life seen a trailer so large or translucent. Where was it constructed and how? Of course his plan had been to show his new trailer off to everyone all along. He pulled off into a parking area to the side of the road. I watched and gaped at him in wonder. He unloaded two horses, one on either side of him, and smiled widely. I'll never forget the proud smirk he had on his face, like a child who has done something naughty they're pleased with themselves about.

"This was your plan all along wasn't it?" I shouted as I began walking toward him.

His smile upturned into a more ornery expression, and he cocked his eyes and head at me just so. He said nothing, but chuckled.

I placed my hands on my hips and stiffened myself. I tried to act difficult to please with my father, or at the very least, avoid showing how truly enthralled I was around him. I had learned that his ego was one you had to avoid stroking. Otherwise, he'd continue with bigger and crazier things. He was quite the entertainer, and loved being the center of attention. He was an outgoing "people-person" and had been all his life. By stark contrast, I was always the introvert that people like him frequently adopted into friend groups. Still, I found how he viewed the world pleasing, especially since it was so contrary to my own. In truth, he knew the unimpressed front I put up with him was only surface deep. My eyes always gave away my amusement or excitement no matter what words I spoke. Someone as intuitive as he was could pick that up, but I continued my act regardless.

"You realize there is only one child present, right? And still, you thought you had to bring two horses?" I yelled.

"Well yeah, I wasn't sure which one he would want to ride, so I had to bring both. Now I guess he just has to ride them both." he boasted with a chuckle.

"You're going to spoil him!" I retorted while shaking my head and trying to hold back laughter. I knew my statements were made in vain. I had lost my resolve once more.

Then, I noticed something wasn't right. I took a good look at the horses Dad was leading. The one on the left was a large black mare that stood nearly as tall as Howdy, the Missouri Fox Trotter to my father's right. She didn't look the same as the current horses he had on the property. Did he get a new one, or where did she come from? It wasn't unusual for Dad to take in horses someone no longer wanted or to buy the "hay-burners" at auction on occasion. However, Dad generally had a distinct preference for Quarter Horses, and he seemed unusually and strikingly attached to this mare. I felt as if I had seen her before, but couldn't place exactly where.

Mother had picked out Howdy, the black and white Fox Trotter, to his right. When Mother found him far too tall to ride and refused to ride him, Dad kept him anyway because he adored the gentle gelding's disposition. As I started to pat Howdy, my mind began to sputter and I jolted my hand back.

Wait a minute. Something is not right. Didn't my brother call me and tell me that Howdy had been missing? Didn't he also say that he had found his body later? I recall his death being tragic; broken legs from falling down a steep hill at the edge of the property. Yes, Howdy is dead. HOWDY. IS. DEAD. I gasped.

"The horse is dead?! You idiot..." a voice within my head shouted, jarring me from my slumber, "Your dad is dead!"

I was awake now, and shaking my head. The conscious part of my brain was the voice speaking this truth. Dad was dead, and had been for years. Howdy was also dead, and the other horse in the dream was likely Dad's favored childhood companion. It was probably the horse I'd seen him ride in pictures that decorated my grandmother's home. What a fool I was for getting so involved in this haunting, but it all seemed so real.

The voice speaking sanity to my awakened state was soon replaced with The Offspring's song "Gone Away". My father, brother, and I all listened to this song together in the past; the band was a shared favorite of ours.

"Maybe in another life, I could find you there." I sang on the edge of my bed, smiling morosely.

Maybe I did find you in another life. Perhaps, you are living the life you've always wanted in "another life" now that you've left this one behind. You'd love that horse trailer I saw in my dream, and I know you'd be happy with those events. Perhaps, you, Howdy, and your favorite riding partner are all together now. Maybe, just maybe, we even crossed paths in this other life you have now. Perhaps, what I saw in my dream is your new reality, and maybe just maybe, we were able to spend your Thanksgiving holiday with you. I hope your grandson was able to ride both horses even though I didn't get to see it, and I hope that the "me" in your life still treats you the way I did. I'm glad you're haunting me here in this life; both you and your horses. Maybe in your life, I'm haunting you. Regardless of which one of us is on haunting duty, let's continue to keep each other company.