by Scarlet Bobkins 10 months ago in Short Story
Report Story 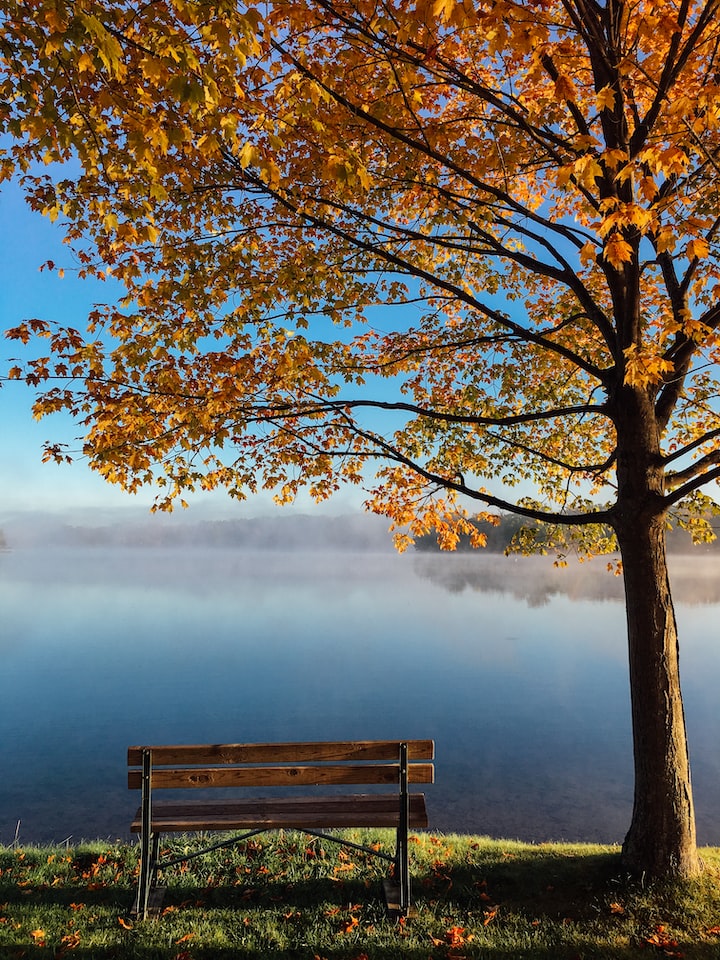 The tree planting project is when we first met. It was voluntary and many students wanted to participate in what they saw as a great extra credit opportunity before the big world demands they show interests outside of passing their classes. This was, of course, in order to either enrol in prestigious universities or work placements.

I was one of these people. Harrison was another.

We met under not so unusual circumstances. Volunteering together, we were made to oversee the planting of the pear trees in a bid to add excitement to a mostly barren grassland, near the city centre of London.

Partnered, I saw no choice but to be civil and find a way to get along. Harrison seemed to have differing plans.

“It’s lucy” I corrected. My clipped responses never deterred him. if anything each rebuttal seemed to instil in him a glowing pride not dissimilar to being awarded a gold medal.

“Lucy, need any help with digging, I see you’ve marked everything out already.”

“Astute as ever, Harrison, perhaps you’d like to continue your observations from the comfort of that bench over there. Whilst you’re at it, maybe feed the ducks to keep yourself busy. And don’t worry, the extra credit is yours. I’ll let Mr Benjamin know that you participated.” I took great joy in watching the confidence slide from the face of the college student, one year above me. He recovered quickly. Knowing how little my words had on him, I took the moment of silence to start making progress on digging the first spot for a tree.

“I wouldn’t want to let you have all the fun, Lucy.” He drawled with a renewed satisfaction. “Plus it’s Harry. No need to be so formal with me. We’ll be working quite a bit together now.”

I was both surprised and angry at how quickly he brushed things off. Angry, because it meant I had to give up control and expectation that things be exactly as I wanted, as the nature with joint projects. It was something I really struggled to do for a host of reasons, relics of a distance past.

“Careful Harrison, you nearly hit me with your shovel.”

“ Sorry boss” he chirped back.

Peace was a distant dream when it came to working with him. That’s another thing. He was the clumsiest person I’d ever met. Every single day that summer on my way to our volunteering plantation site, I wondered if today was the day clumsiness and karmic justice would have him fall into the pond.

One day, this consideration or perhaps fantasy, came to be. It did not disappoint. The adult, wannabe, was at one minute approaching with a disgustingly happy grin on his face. At the next, he trips and is submerged into the murky waters. The ducks weren’t pleased so then I wondered if maybe I’d finally see his mood sour in kind, for the first time since knowing him.

To my chagrin, he emerges – as sickeningly good natured as ever. Wrestling out of the clinging shirt, he then rolls up his pants, before shooting a smile my way and returning to business as usual.

Things changed in that moment. Perhaps he gained my respect. I don’t know for sure but I know I stopped resisting his jokes from then on. They were as bad as ever, but somehow I didn’t mind and worst of all I found myself joining in.

“Darn right we are.” I found myself laughing back. I surprised myself then. Most of all because I began to let go. I needed control, but in the that moment, I realised that same need, had been controlling me most of all.

In an act of rebellion to my mental prison, I found myself talking about things I thought as buried. Stories fell out of me with little provocation. As long evenings became a time to share, my tales of family tragedy and my subsequent escape, flew passed my lips readily and in turn, they unfurled something inside me that I hadn’t realised needed releasing.

As the evening wore on, we’d watch the sunset. Something would pass unspoken between us. I didn’t know what it was. All I knew, was that Harrison was one of the first people that I’d decided to try and trust.

It was a big change for me. Change was hard on me, my body rejecting it (at every moment) in its entirety. But something about it, this time felt right.

Harrison made me notice I’ve been trapped. It’s time to open the voluntary cage I’d stepped into. Forgive and release the key.

Never to look back again.

On one of those days, we had been working till 7.00pm as usual and we’d decided to take a break as we’d finished planting a massive section and made a start on section beside the (prince of wales) pond.

Harrison convinced me to rest at one of the benches, and watch the sunset as it coloured the waters, throwing red hues across ducks and the trees we planted. It was a really beautiful sight. We both watched in silence, until I heard a rustling at his side.

I was about to comment about his ever-irritating restlessness, when I saw him produce two loaves of bread from his rucksack.

“To feed the ducks.” He explained. Grinning with eyes glistening even more now in the final rays of light that danced behind the trees.

He handed me one, and shared some of his own with a few kids nearby– their palpable longing turning to bright exultation, within seconds. Having caught me in observation, he orchestrates a spectacle of geese and swans, ducks and birds all fighting for a piece of bread. Fighting was the only word for it. The yelps and cries that erupted all around, with pinching that ensued, was like nothing that I’d seen before. It completely eclipsed the beauty of the scene and veered for my full attention.

I couldn’t believe geese would act in such a manner. Hissing and biting their neighbours in such a savage way. I immediately developed a dislike for them, opting to feed what I saw as better spirited birds.

But that I soon realise was a challenge in itself as the geese surrounded me creating a wall to block out the other birds. Ripping the whole the cellophane bag wider, I scrapped the bread piece, punching holes with my fingers and releasing the bread as rainfall over the wall. One goose eventually sees the injustice of it and begins hammering against the bench that I was sat on. Her beak, dagger like, and not a force to be reckoned with, made me question my plan. I chucked some bits her way and headed away from what I saw as a dangerous crowd.

Once both cellophane from the loaves were empty, I spoke to Harrison about my reservations and he concede my point.

“It’s quite a beautiful metaphor for life actually. You demand from the universe, you don’t get. You peacefully move in the direction, and you do.”

I wonder on these thoughts months from when they were said.

Now Harrison is in college. And I sit at the bench alone. I feed the ducks and watch the small pear saplings, grown to my height. Soon they will be even more impressive.

A part of me wishes that they won’t be. That for a moment, I could stop how fast things are growing. I wish I could hold onto a moment for longer. The summer with Harrison is gone. And soon this moment too shall pass.

This tree will live to serve so many generations. But as people we may accept where we are.

Accept we may not outlive a tree, we too will pass but at least we have now.

My dream of becoming a writer carried me through my darkest moments. After a lifetime of silence, I promised myself I'd break it. Storytelling is my way of connecting with the rest of the world. Vocal has been a great place for this.

More stories from Scarlet Bobkins and writers in Fiction and other communities.