by Sean Arseo 11 months ago in Short Story
Report Story

An untold tale from a post-Pulse America. 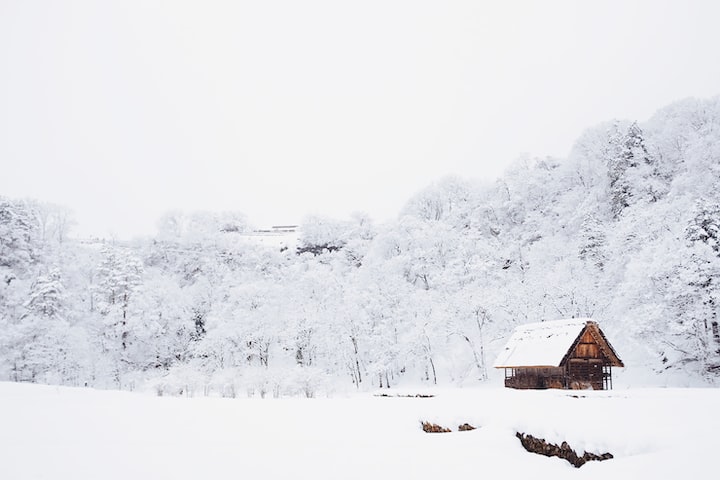 As he walked past another car on the side of the road, he found himself once again wishing this was any other type of apocalypse. Nuclear war, disease, even zombies would at least mean cars would still run. There would still be electricity to run heaters while driving through the snowy back-roads of West Virginia. Instead, the apocalypse that came was The Pulse. Cars died on the sides of the roads and planes fell from the sky as every electronic device in the world stopped working. Whatever caused it was constant, with even hardened military vehicles and devices eventually failing.

He knew he really couldn't complain much, though. The snowy roads of West Virginia were much safer to travel than the urban areas of Southern California. Four years on and he still had nightmares from those first days after The Pulse, trying to get out of the urban hell called Los Angeles County. Of course, that only led to the even worse San Bernardino County, somewhere that was barely safe to travel through before the world ended. What he saw during those days made the '92 and the 2020 riots seem peaceful in comparison as people burned entire skyscrapers to the ground with everyone inside.

Without fail, thinking of those early days made him look down at Elizabeth's old locket, a gift he got her for their one-year anniversary. He had it threaded through the MLOK slots on his AR-15's hand-guard, something he figured she would not like him doing were she still alive. He stopped his walk and opened the heart-shaped pendent to look at the two pictures inside. A sad smile broke across his face at the picture of them together, a selfie they took while on their honeymoon. The picture next to it did little to help the sad smile as his eyes moved to the picture of his baby girl, Amanda. He couldn't remember when or where the picture was taken, only that she had been three when it was taken, just before The Pulse.

Just before he lost her trying to flee Los Angeles.

He shook the memory off and started to walk again. He knew going down that route in his memories would not help him, at least not yet. He still had one purpose, one mission keeping him going after watching as his daughter was murdered right in front of him, after watching as cancer took his wife away from him. He had promised Elizabeth that they would relocate to West Virginia one day. She had said many times she missed the openness that living in Los Angeles could never give. Meanwhile, he never had any love for California, and figured West Virginia was about as different from a desert as you could get. They had figured they would leave before Amanda turned five, in order to have her start school in her new home as opposed to uproot her just after she made new friends. After The Pulse, after Amanda was killed, after they had made it out of the urban hell, he had promised her again that they would make the journey and never look back.

They had made it to Denver before the cancer made itself known. A few weeks later, and she was being cremated, her ashes unceremoniously stuffed in a small jar before being handed to him. A few days later, he continued his journey east, first acting as a guard for a supply caravan, then traveling with a local looking to get home to Charleston, and finally making the final leg of the journey on his own.

As he watched the street-name turn from Charleston Road to Church Street, he let out a small sigh. It had been a long journey, but he had finally reached the outskirts of Ripley. He had no idea if her family was still here, or even if they were still alive. It was a small town, however, so he knew the search shouldn't take more than a few hours at most. He turned his head, looking at the backpack he carried in his peripheral vision. At the bottom, protected by steel plates and Kevlar, was the jar containing Elizabeth's ashes.

"I promised I'd get you home one day, Baby."

With those final words, he continued down the street, hoping his search wouldn't take long, but mentally preparing for it to take hours. As for what he would do once he delivered her ashes, well…

…he would worry about that later.

She watched him through the scope of her Barrett M107, a small smirk on her face. She had seen random travelers come through the area alone before, but never one as heavily armed as this mark. From what she could see, he carried at least four firearms, as well as enough ammo to level a city as small of Ripley. She could also tell he worse two ballistic vest, one looking like a compromised ceramic vest sitting over what looked to be a standard plate carrier.

She grabbed a spent shell-casing and dropped it through the specialty-made hole in the floor. A moment later, she heard the rest of the unit start to get ready. Once she was sure they were up, she reached over and grabbed a magazine of AP rounds. Normally she would consider it overkill to use an AP round on Level III or Level IV body armor, but when a mark was wearing both together as well as being heavily armed as he was, she didn't want to leave anything up to chance. She carefully and slowly changed the magazines before ejecting the standard round for an AP round. After taking a few breaths, she looked through the scope again and lined up her shot, only to come up short as she watched him open the heart-shaped locket he had threaded through the hand-guard of his AR-15.

Without thinking of it, she reached for her chest, feeling a similarly-shaped locket hanging on her dog-tags. While she never allowed herself to think about the men and women she had killed both before and after The Pulse, she couldn't help but wonder who the people were in the locket he carried. She watched him through the scope, seeing a sad smile on his face. Whoever the people were in the locket, he must have really loved them.

Despite knowing her former Drill Instructors would have invented new swear words to throw at her for taking her eyes off a target, she looked down and opened the locket around her neck. Her eyes locked onto the smiling faces of her missing family, onto the smiling face of her dead lover. She debated for a moment letting this mark go. She could call off the rest of the unit, make up some story that something seemed off so she aborted the take. Another part of her, though, wondered if maybe she wouldn't be doing him a favor. She still had what was left of her unit with her, a family forged through the hell they faced in first Iraq and then Afghanistan. From the looks of it, this mark had nothing. Maybe he would see death as a sweet release.

Besides, they'd get more guns and a lot more ammo from it as well.

With a sigh, she closed the locket and looked back through the scope, watching as he was looking over his shoulder and talking to himself. For her, that just further showed he was too far gone for help. There was no helping him if he was talking to someone only he could see. Only a quick death would free someone from that. As she put her finger on the trigger and started to squeeze the trigger, a small smirk spread across her face as she let the cold-blooded killer take over while wondering what she would claim for herself as the one who shot him.

"Dibs on the Makarov," she muttered with her exhaled breath, feeling the trigger break through the point of no return.

More stories from Sean Arseo and writers in Fiction and other communities.