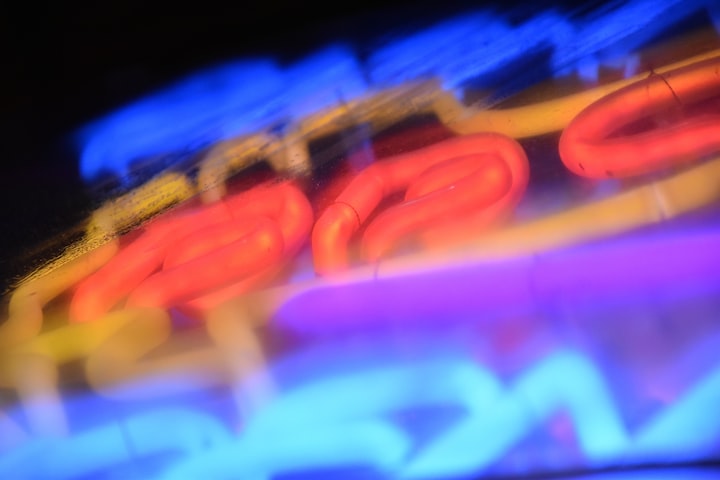 Photo by Jason Mitrione on Unsplash

Sophie barely stirred as the door to her apartment banged open. Kayla had said she was coming over for a movie night. Of course, Kayla’s idea of a movie night meant sappy love stories on the Hallmark Channel. If it were up to Sophie, which was rare, she would prefer binge-watching Star Wars or Lord of the Rings.

“Come on, Soph, get up. The Calvary is here!” She called out.

Sophie pulled the pillow off of her face just enough to look at her friend. “Calvary? What, are we under siege or something? If it’s zombies, they can eat my brain and get it over with.”

“For what? I thought we were doing movie night.”

“Changed my mind. Now it’s a girls night out.”

Sophie groaned and looked at Kayla again. Sam and Jill were dancing around the room, they were either overly excited or, they had started partying early. “Nah, I’ll take the zombies.”

“We are not taking no for an answer. It’s been two weeks already. You know you need to get out. Eric is not worth it.”

“That’s not going out. That’s labor. What you need is fun.”

“Kayla, you know I love you guys. We’ve been friends since elementary school. But your idea of fun and my idea of fun is vastly different.”

“Yeah, yeah. Whatever.” She hauled Sophie off the couch and dragged her into the bedroom. “Alright, go shower while I see if there is anything suitable in your closet.”

Sophie hid in the bathroom for as long as possible. The problem with really close friends is they feel it is ok to barge into the said bathroom and pull you out. Resistance, when Kayla was like this, was futile. She put on the clothes her friend handed her. The tight skirt was a bit shorter than she was comfortable with normally. The lacy tank top was a little too low cut.

“Wait. These aren’t my clothes.” Why were people always trying to dress her to their standards? Eric had done it all the time. He had always wanted her in pretty dresses when they went out, always wanting to change her. That was part of why she had broken up with him.

“Yeah. I brought along some emergency supplies. Considering how you dress half the time, it seemed like a good idea.”

“What’s wrong with how I dress?”

“You’re pretty, but you hide it behind stark-looking suits or baggy clothing. And let’s not talk about your other closet.”

“I have to dress professionally for work. When I’m not at work, I like to be comfortable. What’s wrong with my other closet?”

“Seriously? We’re not still in kindergarten playing dress-up. I’ll give you, some of those outfits do show some skin, but they aren’t going to work for where we’re going.”

“There’s a thriving cosplay community in this city. Besides, I thought you guys like wearing costumes to the ren faire.”

“Yeah, dressing up as a wench for the ren faire is one thing. Creating a whole persona is entirely different.”

“I’m not wearing this. I’ll make a compromise. I’ll wear the shirt, but I’m wearing jeans.”

“Fine. Suit yourself.” Kayla said with a huff.

“Alright. It’s my turn,” Jill said as she began blow-drying her hair. When she was done brushing and spraying, Sophie’s hair was lying in soft waves over her shoulders. Not her usual ponytail, but still a simple style. They may have been friends for year's, but Jill understood her better than the others.

Sam stepped in to do her make-up. Sophie tended to go low-key with cosmetics. Eric had complained that she didn’t make enough effort, that she didn’t cover her flaws well enough. Why had Sophie stayed with him so long? Those were two years of her life she was never getting back. “Can you please not make me look like a clown?”

Sam just rolled her eyes and started applying layers of creams and powders. In the end, it was a bit heavier than Sophie liked, but it looked better than she had expected.

She had a lot of reservations about letting her friends take her wherever they were going, but it probably was better than laying around on her couch all evening. Still, she almost turned and ran away as they walked into the club. People were line dancing to country music. There was a manufactured rustic feel to the place.

“What fresh hell is this?” She asked loudly so her friends could hear her over the noise.

“Come on. It will be fun. It’s different.” Kayla yelled back. “I’ve heard they have great drinks here.”

They made their way farther into the club and ordered drinks from the bar. Sam squealed as she saw the mechanical bull in the corner. “We totally have to ride that.” Kayla nodded enthusiastically.

“You guys knock yourselves out. Eric already broke my heart and soul. I don’t need to break my back as well.” Sophie said.

Jill gave a shy smile as she took a large sip of her very alcoholic drink as a confidence booster. “I’m going to pass too. I’ll see you on the dance floor.”

“Alright, miss doom and gloom. Enjoy yourself.” Kayla said, walking towards the bull with Sam.

Sophie found herself standing there alone. She surveyed the club and spotted an empty table far enough away from the speakers that she could actually hear herself think, playing with the fruity drink Kayla had pressed into her hands. It tasted fine, but she would have preferred a beer. Or a milkshake. One of those fancy ones with an entire cake and cookies and a pie on top.

Maybe being able to think wasn’t the best thing. It was all Sophie had done at home. She had met Eric through work. He was a client. Not that she ever worked directly with him. But he had sweet-talked her every time he was in the office. At first, she resisted him, worried that it would be improper to date a client, but her boss had encouraged it. He was all about giving the important clients what they wanted.

She didn’t even miss him that much. She didn’t like the way he made her feel about herself. No, all of this moping about was not because of losing him. She was going through a bout of self recrimination for ever falling for him in the first place. How could she be so stupid?

“Is this seat taken?”

Sophie didn’t even bother looking up at the man. “Unless you’re an elf, I’m not interested.”

He paused. “Funny you should say that.” She glanced up to see him giving her a sideways grin. He sat down across from her. “I’m part of a local cosplay group based on Tolkien’s work. So, technically, I am an elf. At least some of the time.”

“Really? I do cosplay for ren faires and conventions. I haven’t gotten up the nerve to join a group.”

“Well, we’re always taking new members. There’s a gathering next month if you’re interested.” He took a swig of his beer. “You don’t look any more comfortable here than I am.”

“No. My friends dragged me here then abandoned me. They thought it would be good for me. Get out on the market again and all that.”

He gestured back to a group of men dancing drunkenly and hitting on the women on the dance floor. “My cousin’s bachelor party. Bad break up?”

“I recently found out my boyfriend of two years was married.”

“Ouch. You want me to gather my regiment of warrior elves and challenge him?”

Sophie laughed. “As fun as it would be to watch that because he would totally be out of his element, I’ve already taken care of it. I broke up with him in front of his wife and her family.”

“Good for you. The offer stands should you need it, my lady.” He said gallantly. “I’m Devin, by the way.”

“You don’t look like you are enjoying that drink. Can I get you something different? What would you like?”

“Honestly, I’d rather be at home in my PJs eating a pint of ice cream.”

“You know, there’s a theater a couple of blocks away showing a Lord of the Rings marathon. I can’t stay for the whole thing because of the wedding. It’s already started, but we could smuggle in some ice cream and hang out there for a while. No pressure. Just friends and fellow cosplayers.”

Sophie couldn’t help but smile. The first genuine smile in a long time. “I’d like that.” As they stood up, she caught Jill’s eye on the dance floor where she was hanging on to some guy from the bachelor party. She hoped it wasn’t the groom. She waved to let her know she was leaving. Kayla and Sam weren’t paying her a bit of attention, so she just left.

They laughed like a couple of kids as they made it past the attendants with her purse and both of their jackets laden with snacks. They purchased some popcorn and sodas because you can’t go to a movie without getting popcorn. They found seats and dug in. Sophie woke up around four a.m. with her head on Devin’s shoulder. It should have been awkward, but he seemed easy to be around. Her phone kept buzzing at her. It was a good sign her friends were worried. She texted them back from the diner where they had decided to get breakfast.

After Devin dropped her off at her apartment, she realized it was time for a fresh start. She had already purged her life of all of the things Eric had pushed on her. Now it was time to clean the mess Sophie hadn’t had the energy to deal with over the last two weeks. Sophie wasn’t ready to attend a family wedding with a man she had just met, but they made plans to get together in the next few days. She was going to his next cosplay gathering with him. They might never be anything more than friends, and that was just fine. She felt like she could be herself with him.

Kayla showed up later that afternoon. “Wow. It looks different in here.”

“Yeah, I decided it was time to clean up a bit.”

“What happened to you last night? Jill said she saw you leave with some guy. We were worried about you, especially when you didn’t respond to our texts and calls.”

“Sorry. My phone was on mute. Devin didn’t want to be at that club any more than I did. We went to a movie marathon. I fell asleep on him. I didn't see your texts until I woke up.”

“Devin? Are you two dating? Did he spend the night?” She asked excitedly.

“No and no. We’re friends at the moment. He’s an elf or at least plays one for fun. So you’ll be off the hook for going to fan conventions.”

Kayla laughed. “Sounds like you met your soul mate.”

Kayla looked at her in surprise. “I’m sorry. I didn’t realize I was doing that. I’ll let you do you.”

Sophie hugged her. “Thanks. So how about pizza and a movie, even one of those sappy romances.”

More stories from Natalie Demoss and writers in Fiction and other communities.