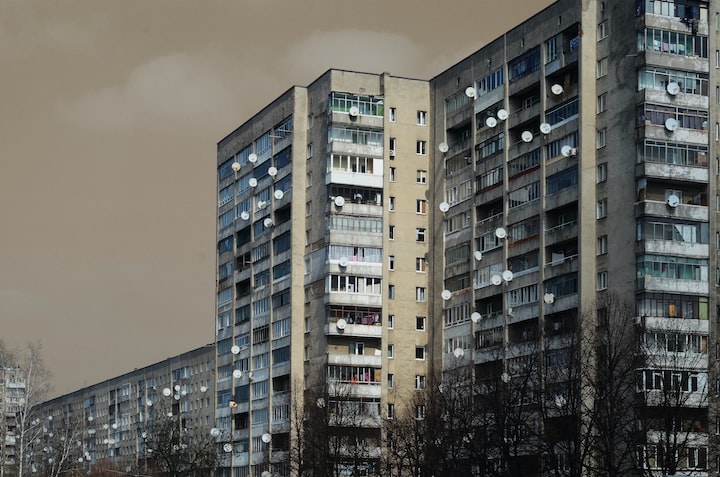 Photo by Viktor Talashuk on Unsplash

She was never supposed to see that beige, crinkled up piece of a paper on that Tuesday morning. But she did, and after that, nothing was the same. First, let’s begin a few hours before that moment.

The florescent lights hummed as Sugar sorted through her endless stacks of paper. Every once in a while someone sniffed quietly or typed on their computer. But other than that, there was complete silence. Between the tan walls and brown cubicles, countless workers labored away at their life tasks. Sugar’s brown shirt blended in with the monotonous dull environment. She hated these cubicles, but she believed they were what brought her closer to her freedom.

She continued to sort through the endless papers. The faster she worked, the quicker she would be done with her duty to society—the job assigned to her from birth—and therefore, free to roam, travel, and actually enjoy the world. Her mind wandered from her work, as it often did, and she began to imagine sailing on a deep blue ocean sprinkled with white waves. Her thoughts were interrupted, however, by loud voices and laughing. Celebration was so out of place inside these walls that the noise startled Sugar. She realized there was only one thing the shouts of joy could mean: The Cake.

When someone had accomplished their life’s work and duty to society, a slice of chocolate cake was brought out to the “Faithful One” for celebration. By tradition, the victor had to eat it in front of everyone, even smash it into his face. Fellow employees would watch with joy (or envy) as their “prison-mate” now entered the world of freedom, like a celebrity. The cake was society’s symbol of success, accomplishment, and devotion to the government’s greater cause.

Sugar hated her name. She never felt sweet. She preferred to blend into her introverted thoughts and silently get through the day. She thought her name better suited one of those downtown dancers — the ones assigned at birth to entertain and motivate essential workers to accomplish their jobs. But Sugar’s parents had named her “Sugar” because of The Cake. These types of names weren’t unusual. Names like Flour, Cocoa, Cinnamon, and Frosting were quite common in society, because they represented The Cake, and therefore, freedom. Sugar’s parents had wanted their baby girl to be free, and the only way they saw that possible was through The Cake.

Sugar wasn’t sure who started this tradition. She didn’t even like cake. If she had her way, they’d bring her a nice fatty piece of steak. But steak wasn’t allowed in society anymore. In fact, the only hint of meat they now had was some type of new paste called “Smurdge.” Supposedly, it had every type of healthy meat blended into it. One spoonful of it had all the protein and iron needed for the day. Sugar hated it.

The cheering continued and Sugar meandered toward the epicenter of the noise. She didn’t necessarily enjoy watching someone else eat a slice of cake, but this ritual was rare, and besides, it was nice to actually see pure joy in someone’s face. Sugar always made her way to the celebration.

After the “Faithful One” finished their slice, they would leave and never return to the dingy building filled with dust and endless work. In fact, no one ever saw them again. Once they left, they never looked back. Sugar didn’t blame them. They got out of this rainy rundown industrial town, which only offered a single restaurant and dilapidated buildings used for work and housing. Besides, there was so much to see in the world, how could they have time to ever return to their old friends and coworkers? Still, the workers gossiped that when someone left, they suddenly acted above everyone else, and never had time to visit.

When Sugar got close enough she saw who was receiving the envied cake: Todd. This was no surprise. Todd had told everyone for years that the only key to success was hustle. He had bragged about his late nights and working weekends. Sugar tried not to roll her eyes when she saw him. After all his big talk, he was right. He actually did it, and not only finished, but in record time: fifteen years earlier than the average retirement age.

Todd was grinning as The Elders brought him his slice of chocolate cake. They always came in black robes. It was an honor for them to come. Sugar stared at them in wonder. She knew she was supposed to revere them, but their ominous presence always intimidated her.

“And to think I had such a craving for sugar today!” Todd said. Everyone politely laughed in response.

A shoulder nudged up against Sugar. She looked over to see it was her best friend, Gât (short for Gâteau). He was not French, nor spoke a word of French, but his parents were trying to be creative when they named him.

“He actually did it,” Gât said in disbelief.

“At least he won’t be here bragging ever again,” Gât said, trying to be positive.

“I wonder where he’ll go. I bet first, he’ll drive up to actually see, in-person, the crystal blue lake. One mile away and none of us have ever seen it.” It would be perfect right now, with the trees changing and everything, Sugar mused longingly as she watched Todd smash his first bite into his face.

Gât studied Sugar’s face. “That’s where you’d go,” he said. “And then continue west to the ocean.”

“And then sail away to an island!”Sugar daydreamed.

Gât nodded. He knew her entire plan after her own cake ceremony. Many late nights consisted of them star-gazing and planning life after their duty to society. They had never crossed over that thin, awkward, line of friendship to romance, however, though they were always bordering it. Both would have loved to step over that line, but neither had the courage to admit it.

“Where are you going to go?!” someone yelled out to Todd.

“To France because they have nude beaches!” Todd responded. Everyone laughed. Sugar shook her head. To think the world was opening up to this guy. It felt unfair.

After a few moments of joy, faked or otherwise, the employees began to walk back to their mandatory tasks until the sun set and the bell rang.

“The Diner tonight?” Gât asked as they walked back to their desks.

“Sure,” Sugar responded. It was Tuesday after all: the weeknight they were allowed to eat at The Diner.

When she returned to her desk —covered with endless stacks of papers and a small computer —Sugar fell back into the monotonous routine of her work.

The sun was fading when she licked her finger and flipped to another piece of paper. That’s when she saw it: The crumpled beige piece of paper. The paper was a completely different material from her other papers. It was thicker and felt more important. Her thumb traced the edges and tried to flatten out the wrinkles. On the paper was written:

Sugar’s eyes stopped over the last ingredient. Arsenic? Didn’t The Elders use that to kill the overpopulated rats in the city? Why would that be included in the beloved celebration cake recipe? Sugar could only assume this was a prank (though no one ever dared to pull pranks).

She looked around. Everyone was still working away in their cubicles. No eyes were on her. She tried to laugh off the recipe but couldn’t ignore the sinking feeling she had. She quickly stashed the paper away for later that night.

When the dismissal bell rang, she still had stacks of paper to sort through before a new stack would be given her. Sugar knew she had many years to go before her day of freedom.

That night at The Diner she secretly showed the note to Gât as they ate their “burgers” (buns smeared with smurdge) and fries. Florescent lights blinked on and off. There wasn’t enough money in this town to buy fresh lightbulbs. Gât stared at the recipe.

“Is this a prank?” he whispered while his eyes screamed fear.

“I don’t know. I was hoping you’d tell me,” Sugar replied.

Just then the waiter came back with their check and eyed the paper, assuming it to be more work.

“You office workers never stop workin’ ‘cause you gotta finish your life’s work,” he said in a mocking tone. “But what happens then? I’m glad I was assigned food. My job will always be needed and therefore I will not be disposable.” He walked away whistling a tune.

Gât and Sugar stared at each other. The waiter’s ourburst didn’t sit right. Why did he say he did not want to be disposable? Why didn’t he want his freedom, too?

The following sunrise, Sugar stepped off the elevator and walked to her cubicle, right on time. To her surprise, she found her desk completely empty. The stacks of paper she had left the night before had vanished. As she stood there, staring, a sudden cheering rose from the direction of the elevators, and crescendoed toward her. Sugar looked up to see the cause of the commotion. The Elders were carrying another slice of chocolate cake. Again?! No one was even close to finishing their life’s work, or so Sugar thought. The Elders continued walking, and to Sugar’s astonishment, they stopped at her desk.

“Congratulations, Faithful One. You have finished your duty to society!” they said in unison, holding out the plate to her.

A crowd was now forming around Sugar and her heart began beating faster.

“There...there must be some confusion,” she stuttered. “I’m not even close...”

“You have worked harder than you realized, O Faithful One,” The Elders replied.

Everything felt wrong. Sugar had imagined this wonderful moment all her life. The freedom. The joy. The accomplishment. Now, all she felt was fear.

“Eat! Eat!” The crowd of envious onlookers started shouting. Gâteau had now arrived and locked eyes with Sugar. His eyes held fear too.

“You have to eat!” The Elders said as they grinned big, false smiles.

Sugar didn’t know what to do, but felt like all she could do was take a bite of the cake. How could she explain the crumpled piece of paper? No one would believe her. She tried to convince herself that the recipe had been some sort of joke.

Just then, as she took the fork, Gâteau pushed through The Elders and in one fast motion, grabbed the slice of cake with his hand and shoved it into his mouth.

Everyone looked at him in astonishment. This had never been done before.

“I love Sugar!” he said, pretending to explain his rash decision to the crowd, but his words carried more than one meaning.

The Elders dropped their grins and turned on Gâteau.

“Come with us,” they commanded in unison. As they took him away, Gât mouthed to Sugar, “Start a revolution!”

Sugar watched Gâteau, probably for the last time, as he was dragged away by the hooded and revered Elders. Her life, and everything she had known, had shifted so dramatically in the past 24-hours. She didn’t know what she would do now, but did know this one thing: Gâteau loved her, too.