by Waters Dragonfriend 4 months ago in Fantasy
Report Story

The wheel of life 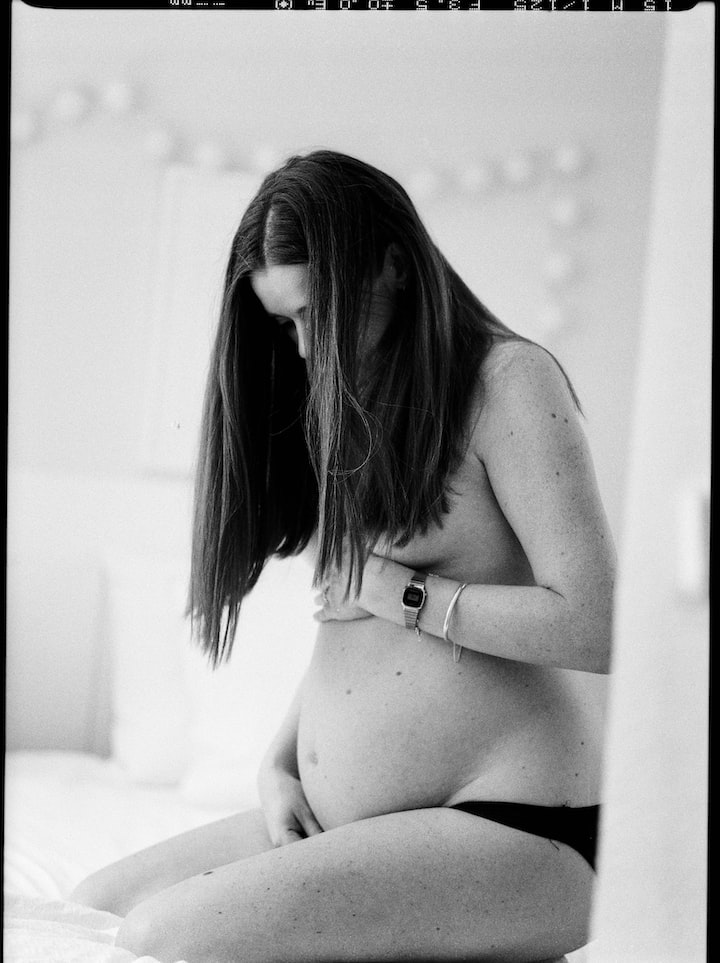 Photo by Pelayo Arbués on Unsplash

The weakening light was the only witness to her mourning. Amid the stone giants, pregnant with loss and life, she sang her grief to the howling wind. She aged as she sang, each note adding years; ever-changing, eternal. Once her grief was spent she turned away from the circle and picked her way toward the beach below. Her dress snagged on the rocks as she gave her attention solely to placing her bare feet. Barely discernable in the twilight each black thread led towards deeper darkness.

She returned to her dwelling in the heart of the Earth as the last vestige of light disappeared. Her cave was warm and well-stocked for winter. With only a short time until she birthed she knew she must prepare, even as she mourned her lover. Only then would she allow herself rest.

The winter grew longer and colder. Her tattered mourning gown gave way to dark woollens and fur cloaks. Always she worked with the gifts given to her. The steady dance of receive and provide gave her the strength and purpose to continue. Day by day, moment by moment, step by step. Wasting nothing that could benefit a life.

In the darkest days, she felt a stirring deep inside, warning her time was near. Taking a final look around her shelter she assessed her stores. Gathering as much as she could spare she laid a feast. She found solace in the knowledge that the darkness would soon pass, lifting her spirits by feasting in good company on dried stores and fresh-caught seafood. Afterwards, she retired to her bed of furs. This was to be the longest night of the year and with the fire stoked against the cold, her labour began.

Pain, grief, love and hope mingled with her tears, sweat and blood. Finally, at dawn's first blush she birthed a healthy boy. Mother and child fed and rested, only seeing to the necessities.

This steady pattern of feed and rest continued as warmth returned to the land. After a time the woman emerged from the cave alone. She had rested well and rejoiced in the first inkling of spring. Likewise, she rejoiced in the return of her youth, the play of the light across her strong limbs and life in her step. Laughing she started to run – along the beach, past the Stone Circle, through the woods and finally back to the fire at the mouth of her cave. With her heart beating the rhythm she danced around the blaze. Running and leaping she felt revitalised.

As the true onset of spring grew closer her daily routine altered, including more time to Herself. The boy grew and played and learned the skills of Manhood. As light and dark became equal he stepped out of the cave. Turning towards the cool of the forest he hunted, gathering the tools and supplies offered by the land and making that first sacrifice of a provider. He did not return to his birthplace that night or any night thereafter. Life for Him became a dance of Hunt and Explore. Always moving, taking only what he needed and honouring the lives given by the land.

Daylight strengthened and nature took its course. Life bloomed as wildflowers decorated the woods and cliffs. In the same manner, both Woman and Man decorated their bodies. Diving into the crystalline waters of the sea the woman scooped up handfuls of shells. Weaving these into her hair she also fashioned a belt and necklace of shells and flowers. Her mood is light and playful, enhancing the beauty of her form. Drawn by intuition she moves towards the Stone Circle. Donning a mantle of oak leaves and a crown of antler the man similarly prepares himself. Collecting a wooden bowl he begins to walk. On his journey, he collects flowers, fruits and water, feeling more powerful and at peace with each step.

Both journey to a predestined moment. Trusting instinct and intuition without question or hesitation. Believing fate, they follow the seasons of the land and the guidance of their blood; their feet finding the path as surely as one trod a thousand times. Meeting in the Circle, full of promise, they live. They live the taste of berries on their lips. They live the sparkling energy of water bathing their skin. They live in the warm breeze blowing through the Circle and they live the rising fire in their hearts. Their union is the union of land and sky, sun and moon, love and light.

They live now on the open plains. Sleeping in one another’s arms under the open sky they look towards a future, as a family. Their child grows as their love deepens. Alive and vibrant, each day is a blessing. He hunts. She gathers. They complement one another in all things. Her strengths support His weakness, ensuring a stable unity presented to the world. He knows that their differences are what encourage change and excitement in their relationship. Both know they are part of a greater tale to be told.

Their youth matures as the days become hotter. Contentment seeps into their bones as the sun darkens their skin. The long hot days of summer herald a reprieve from their daily routine. Relaxing and soaking in the sunshine recharges their souls. There is work ahead, at summer’s end. But for now, at summer’s height, they know it is time to enjoy what remains of their youth. The celebrations they encounter throughout their land vary from languid to ecstatic and they partake of it all. They play and doze and dance daily. They feed their bodies on fresh fruits and meats shared by the land, just as they feed their souls on laughter and song.

Time, as it is wont to do, creeps forward and the lazy days of summer cannot last forever. Taking the joy of the season into their hearts the eternal couple moves into a more sedate life. Hard work and wisdom etch their faces as they look towards winter. The land, cooling as the sun retreats, is demanding. She is heavily encumbered by the life within her. He works for them both. The hunter steps into his role as provider, surpassing any obstacle to his goal. They know that sacrifice is required of them both. They have lived well and prospered throughout their youth and now, as the harvest approaches, is the time to give all to both the land and future. They reap well in the harvest, and share their bounty generously, breaking bread and passing a cup around well into the night of autumn's first nod.

Still the season's turn and the couple age. Now heavily pregnant She looks to her own preparations. He is aware the sunlight is failing in the land and that his completion is at hand. His final act is one of love and support. They complete the final harvest together and embrace once more beneath the early night sky. Donning cloaks against the cold they sing songs of life and laughter, cherishing the memories of a lifetime. The stars bear witness to their union in the ever-deepening darkness, in perfect balance with one another.

Winter grips the land and She knows it is time for her to return to her home within the Earth. They spend a final night on their grassland home, cherishing memories and awaiting the future. Towards dawn, She feels him stir. Embracing Her one last time He arises to hunt. Walking into the predawn light she considers asking him to stay, knowing He cannot. Survival requires Sacrifice and this is His. By dusk, she ventures out to look for him and finds only the gifts provided to her by the land.