-and etched in memory 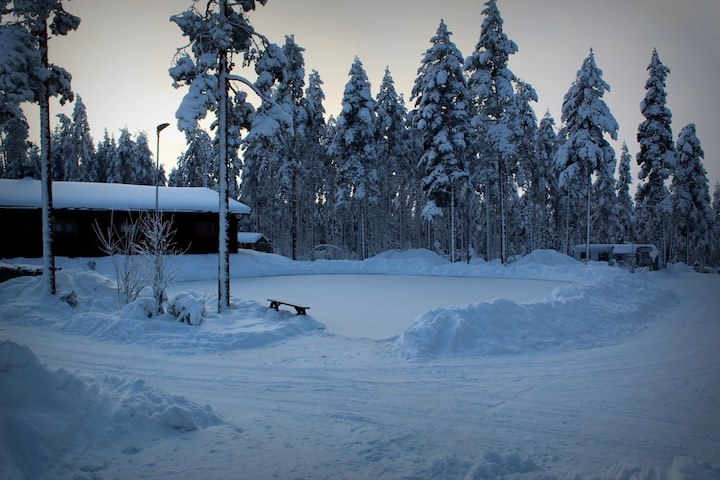 I thought I saw you the other day. Your long golden red hair down over your shoulders as you were led through the street by a dog on a leash. I loved the color of your hair, especially when it was set free from that messy bun as you called it atop your head. But you were walking a dog, that should've been my first clue. You said no more dogs-ever. I remember hearing you say that right after the accident.

It WAS an accident, you know.

Dutch didn't mean to go out on the pond. It was instinct, he was chasing something... I can't remember what now. But Jamey thought it was a game. He went after him because he thought they were playing. Jamey laughed out loud-oh, that giggle of his! Just makes you join right in when you hear it, you can't help it. I miss that laugh, those shining eyes.

They say that a tragedy involving a child is too much for a marriage to bear. That the couple cannot bear to be reminded by being in the presence of the other. I never thought that would happen to us. It seems like we might be one of those couples that would need each other in order to continue to live. You were always the first person I turned to when I needed comfort. And you used to tell me everything and need my help figuring things out. I lost my wife and my best friend.

But you can't blame Dutch. He was a good dog. A great dog. He saw the ice break and came back for Jamey, but the ice broke under him as well. He still managed to pull him out, didn't he?

What happened to us, Aly? I didn't mean for this to happen. It was an accident! I wish we could just talk now. Or not talk, just sit and not talk. Sometimes I think I feel you around me. That sounds crazy doesn't it? I mean, you're not dead, its not like a ghostly thing. It's just I feel you near me. The mind is so powerful-just a memory yet, I can smell your perfume.

My head hurts again. Thinking of you, remembering, it hurts and makes me feel worn out. I get so tired lately-depression can do that, right? I just need to sleep for a while.

" How is he doing?" Aly asked as she walked in from parking the car in the garage. " Uneventful first day?"

" Yes. Well, he stirred a bit. Seemed like he was dreaming or something. And he...he cried. Just tears, no sound. Eyes watering , I guess." said Georgia. It was her first day as the new home health care nurse. " If you don't mind... I mean, I know his condition. But not the details, what-"

"Mommy!" the child's insistent call broke through their conversation. "MOM. I'm so hungry! Can I have a snack -when is dinner? What are we having? I'd even eat fruit right now- or a carrot? Do we have carrots?"

" Slow down, buddy." Dinner is in about an hour. Soccer practice spends a lot of energy, so of course you're hungry. Carrot and celery sticks in the door of the fridge." Aly smiled and tousled his strawberry blonde hair that matched her own perfectly. He ran to the fridge and she waited until he was out of the room to address Georgia. " The details of what happened?" Georgia nodded then looked down feeling like she was prying. Aly sensed this as it was so familiar to her by now. She reached out to squeeze Georgia's hand. "It's all right. If you are going to take care of him I want you to know what happened. There used to be a pond out there-just a few yards beyond the maple tree. There-where the bench is now. I had the pond filled in after.... I couldn't have it staring at me every day. It was December, 18 months ago. We were out on the back lot cutting down a Christmas tree. Dutch, our retriever, was tromping through the snow- he loved the snow. And he saw... a squirrel I think. He could never resist them. And he just bolted off barking away. Jamey thought it was a game- he was just 4 and he ran after him. It all happened so fast. Jim and I called and both of us started running after them. I fell over a stump and when I got back up, everything was in slow motion. I saw Jamey jumping on the frozen top of the pond-he was still playing Dutch's game. He turned toward us, thinking we were playing too and the ice cracked. Even through the barking and yelling. I clearly heard it crack. He was in the water. Dutch , God-such a great dog, was at his side instantly pulling him out by the collar. Jim was running, no galloping toward them and reached out for them. He pulled Jamey out further and ran to shore with him. I was by his side then and we knew Jamey was alright but freezing and I took off my coat to wrap around him. Jim called out to me that he was getting Dutch, who seemed to be dangling half in/half out of the water. I just yelled NOOOOO-but it was too late, Jim fell in. He was hanging on and ordered me- literally ordered me to take Jamey up and get him warm and call for help."

Aly's cheeks were wet with tears as she recalled the scene that was etched in memory forever. "By the time help arrived it was dark and I had been trying to call to him from the edge to keep him alert, then run back and check on Jamey. He was just in too long. He has been in this coma since."

" Oh, I know. I know. Every other health professional has told me, he's never going to come out of it. But I can feel him here. I know he's still in there. I just have to believe he can hear me. I left him in that frozen pond. I'm not leaving him again."

More stories from PK Brannon and writers in Fiction and other communities.