From Light to Dark

by Antoinette L Brey 3 months ago in Fantasy 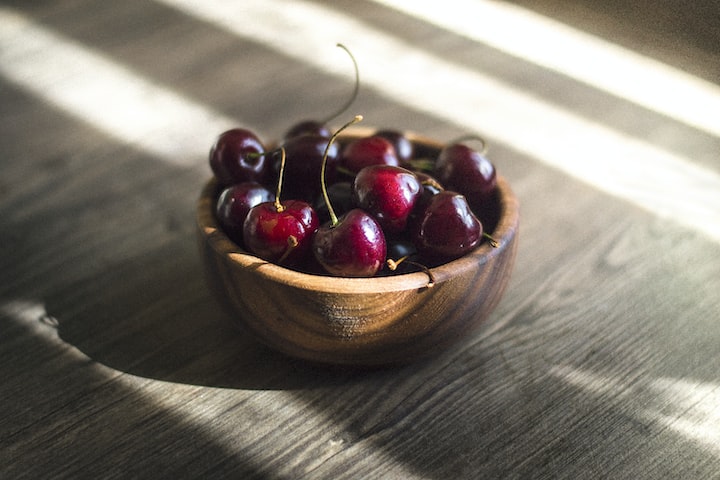 She felt an urge for a bowl of apples, although she knew the fruit was forbidden on the Holydays, Eve had eaten the apple. The bowl of apples needed to float out of her vision of desire.

Her food of wisdom would be waiting for her when she reached the barn tonight. She climbed the spiral steps to the Holy meal. She gazed down. She could see the whole knull. She did not know who fixed the bowl, but when it was her turn to ascend the spire, it was always there. Tonight the bowl of broccoli, rice and, peppers covered in a layer of cheese, piping hot, was awaiting her.

After eating the brew- she felt it happening again. Her eyes absorbed the light of the sky. It streamed into her waiting body. Leaving a lightless, dark sky. As she stretched out her hands, a ray of light guided her from the meal, down the spiral steps. and out to the lake. The boat had appeared. She, in the boat, swung with the waves.

A horse awaited her when she reached the other side. Her inner light shone a path that the white stallion followed. She leaned her head across the horse's mane. She slipped into a spell. Birds sang to her, in her dreams.

The horse knew the route. When the light faded she had reached her destination. A tall trim dark-haired man lifted her off the horse and laid her on a soft feather mattress. But he did not join her. No mere man would interfere with her holy role.

Then she stared at the whole. The light shone from her eyes and hands and heated the hole, The light seeped out of the hole. It came out in layers of color. First a layer of yellow, then orange, then red, and then a turquoise blue.

She lay down in the man's arms. She carried her body over to a nearby stream. She floated in a dream- and the water absorbed the rest of her inner light. The man lifted her limp body from the stream and placed her on a pile of heated rocks. The heat slowly dried her wet clothes and body. Again, yes again, she slept. When she awoke she would be dry and the man would be gone. Only the white horse would remain, and he would take her away- until it would be her turn to do it again.

She - Arianne- was one of the many. All the maidens of the clan had her abilities. It was part of their role, as a woman. Or so she believed. It was part of a girl's development.

The town was quiet when she arrived. Her house was one of the few alive with activity, She was greeted with a kiss and a hand around her waist, She wrapped her arms around his neck and leaned against his chest. He had missed her. Her family had doubted. But both of them had been sure, His arms were strong. He was larger in build than most of the men in the clan. He had come to the clan as a youngster. They had just molded together as they grew older. They had a true partnership. He guided her to a chair. It would be a peaceful day. The night always drained her. He didn't ask her about it. He had inquired once, but the recollection was hard so now he just let it pass. They had trust, and that was what was important.

Read next: Light through Shadows