From Home to Home 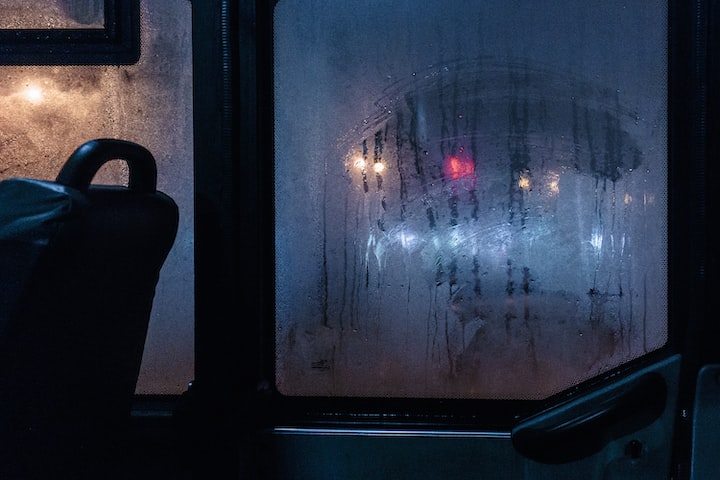 Karina hugs her book to her chest, standing upwind of the bus stop so as to avoid the cigarette smoke. She lets the others mount the steps, then follows them and wanders to the back as the bus rumbles forward. Her usual seat on the street-side window is open, and she settles in for a good long ride.

She takes a moment to memorize her surroundings before opening her book. No sketchy characters yet, just an old woman with an empty wire crate on wheels and a handful of semi-familiar fellow students.

The world outside flies by. The soundtrack of brakes on the bus, cars jockeying for position, and muttered conversation contrasts nicely with the story in her hands.

Middle Earth welcomes her in. The subtle swaying and not-so-subtle jostling of the bus lull her into a sort of trance: simultaneously unaware of the world around her and hypersensitive to every sensation.

The passenger in front of her gets up as the bus slows. Karina doesn't look up, but mentally traces his footfalls as he exits. Another person takes his place as the bus fills.

Someone is texting violently behind her. The couple across the aisle tries to appear civil as they speak quietly to each other, but there is a tension that carries even if their voices do not. A girl gets on and finds a place to stand, earbuds in, swaying not with the motion of the bus but with some secret melody.

It’s the last Friday of winter break and everyone seems eager to make it count. Why is it they think filling the day with people and more people is the only way? Tomorrow night they’ll all be at it again—drinking too much, kissing too much—all in the name of ringing in the new year. Another year like any other.

Karina never understood holidays. Excuses to get drunk, spend money, and give people you don’t even really care about too much of your precious time.

This year her days are her own, holidays included. Dad isn’t interested in paying for her to fly to his place for the holidays, and she wouldn’t be interested in going anyway. What would be the point? To watch dad get drunk as the ball dropped on TV?

This year the transition into the new year would be peaceful. Maybe if she read all night she could finish the trilogy before school started again.

Her attention turns back to the too-polite and overly-sociable Mister Baggins. She joins him and the company of dwarves on the hunt for ancestral treasure, imagining the movement of the bus is a pony beneath her. Her stomach rumbles along with the Hobbit’s, and they both choose to reserve the provisions in their sacks for later in the evening when they will be really hungry.

Through the fair valley of Rivendell and into the Misty Mountains they ride. Days, weeks, and months pass as the bus makes its circuit around town, yet when it swings back to her stop, she finds that a day has hardly passed in the real world.

The bus is empty by now, and the streets dark, so she walks all the way to the front doors to exit.

She pretends not to hear.