by Clint Zold 9 months ago in Young Adult
Report Story

Or, Leo talks Nate out of it. 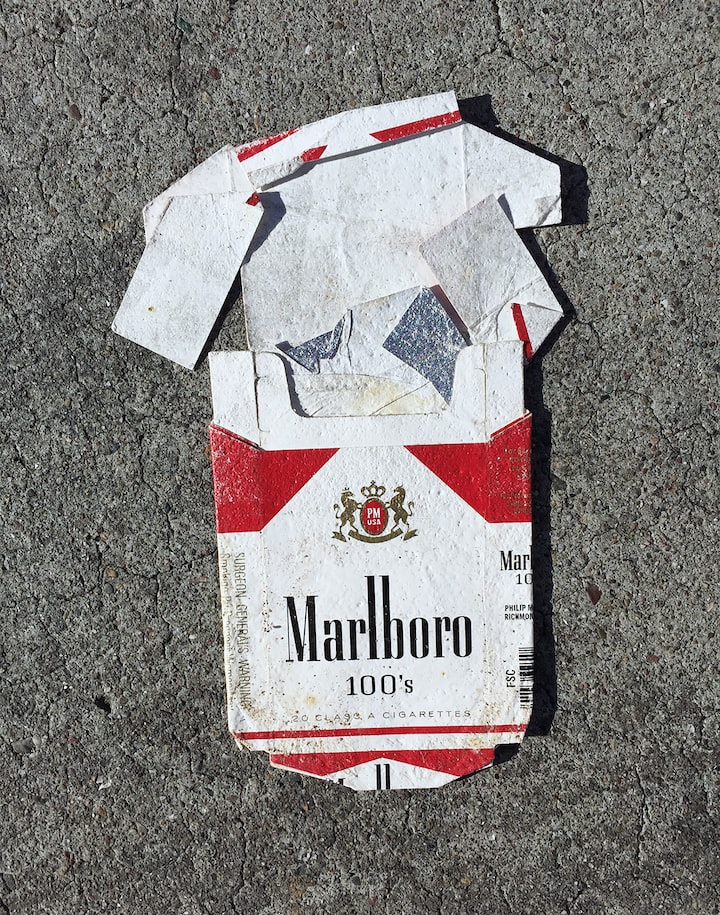 “C’mon, just have one beer before you go.” Leo pleaded with him in his usual way. It was a ritual of his. There was the first beer, then after it came the ‘one-more’, and then the ‘one-more-no-more’, and the one after that. Once in his company, it was hard to escape.

“I can’t. I’ll be late, and my breath will smell.” Nate protested.

“C’mon, there’s lot’s of time. If you show up early you’re gonna look desperate, man. You gotta loosen up. You really won’t have one beer with your best buddy ‘cause of some internet girl?”

The pair had just finished work for the day, framing houses in a new subdivision. Leo was already half drunk, sitting behind the wheel of the dusty cargo van they were parked in. Scratch lottery tickets lay strewn about the floor, along with empty cups and grease-stained paper bags from McDonalds. Nate kicked them around his feet as he shook his head. Leaning back, Leo reached behind his seat and drew a can from the crinkled box of beer. He cracked it and held it out until Nate rolled his eyes and took it.

Nate’s coolness, of course, was all a show. This was his first date since the divorce. The gruffness and mock exasperation were just a mask for his nerves. Leo knew this and it drove Nate crazy that he knew. He wanted to open the door, get in his car and drive away but he had his own need for Leo’s company; desperation for any shred of confidence his friend might give him - though it would undoubtedly be delivered like a bone tossed to a starving dog - kept him glued to the seat.

The beer was piss warm from sitting in the sauna of the van all day. Nate was used to it though and took a long pull from the can. The booze worked its way through his bloodstream almost instantly. He set the can on the dash and leaned back in his seat. Leo, visibly relaxed in his triumph, emptied his beer, threw it behind his seat and retrieved another. He cradled it carefully between his legs while he set about shaking out several empty packs of cigarettes in a vain search for something to smoke.

“Pack of -hicc!- smokes in the door, bud.” Leo finally gestured, sliding into a deeper state of drunkenness.

Nate rummaged for a minute in the compartment of the passenger door.

“Got ‘em.” He handed the glossy, plastic covered pack to Leo.

Leo tore the wrapper, flipped the top and plucked two fresh, white cigarettes from their packaging and handed one to Nate. They lit up and smoked contentedly for a minute.

Leo gave a sideways smirk. “Look at you... Nate smoking darts before his big date!”

Leo laughed and coughed. It was a harsh, coarse sound.

“I’m not worried about it too much. Just haven’t done this in a few years, that’s all.”

Leo took a long drag and tapped the ashes over the gap in the driver’s window before exhaling. He noticed Nate’s leg had started bouncing nervously.

“Maddy knows her.” He stated.

“What? Why the fuck did you tell your sister-in-law I was going on a date?”

Leo ignored the question and kept talking. “They used to work together. I didn’t want to tell you but...” he trailed off and took a final drag before flicking away his butt.

“No. You know what? Don’t tell me. I don’t want to know. I’ll find out for myself.” Nate tossed away his cigarette half-smoked and then made as if to open the door and leave. A moment later, he leaned back in his seat.

“Nah, man, you’re right. I don’t want to ruin it for you. Shouldn’t have brought it up. That was a few years ago, she’s probably a nice girl.” Leo pulled two more smokes from his pack and tossed one into Nate’s lap. Nate took it up, lit it and began puffing on it nervously.

“No way, Nate’s going on a big date!” Leo chuckled at his words, “You gotta be confident.”

“Whatever. I’m leaving. See-ya” Nate opened the door and stepped out.

Nate had no real intention of leaving, he knew the effect he’d produce, but not wanting to be so obvious he hesitated a moment before climbing back into the passenger seat.

“So… what did Maddy say?” He asked gently, after a minute had passed.

“Just that she worked with her, and that she was bald, man.” Leo took a drag and gulped at his beer. He was enjoying his play, savouring it.

“What do you mean bald?” Nate’s face screwed up when he said the word bald. Anxiety had brought a thinness to his voice. “Like, cancer bald or feminist bald?”

“How the fuck would I know? She worked with Maddy, one day she came in bald. Totally shaved. That’s all.”

Nate ran his hands over his face and through his hair. He sighed.

“Hey, some girls look good with short hair. I don’t understand the problem. Remember Sara back in the day? She cut her hair off and she looks better than before.” Leo offered in a reassuring tone. Nate hated when he did this - orchestrated bullshit and then feigned ignorance.

“Whoa man, calm the fuck down. Don’t get your nuts in a knot. It’s just hair.”

“You can’t bail like that! What are you gonna say to her?! It’s kind of a dick move. What if you break her heart?”

“Break her heart? That’s ridiculous. We’ve never met! I don’t need the drama of a bald woman and the bullshit that goes along with it. No. Agh, why can’t I just get a break with this shit? Why’d you have to tell me?” Nate reached for the cigarettes on the dash and drew himself out a smoke. Leo had anticipated this breakdown of intentions and handed him another beer.

“All I said was that she worked with Maddy and that she was a nice girl.”

“And that she was bald.”

“Well, yeah - so what? It’s not like she’s bald now. Man, you worry too much. I really think you should go and give her a chance.” Leo said impatiently.

“Aww shit…” Nate slumped in his seat. “How can I? I’m half-buzzed, I stink like cigarettes, and I’m all wound up over this fucking bald thing. I’ll be thinking of it the whole time! Maybe this is all too soon...”

Leo laughed aloud, “Nate, you’re one of a kind, man! Well, you either go or you don’t but listen, I have to head home for dinner, if you don’t go - come by and we’ll have a few more beers. Throw a couple steaks on the charcoal.”

“Fuck. Alright. Thanks for the beer.” Nate sighed, hopped out of the van and dejectedly shuffled across the street to where his car was parked beside the port-a-john.

The belt on the van screeched as it shifted into drive. Leo gave a couple obnoxious honks and rattled off down the road, turned a corner and was out of sight, leaving Nate sitting in the car with his head in his hands.

When Leo got home he rolled the BBQ out of his garage and opened another beer. His wife would be upset he was drinking again - she’d locked him out the night before - but she was too polite to make a scene if company were around. Grabbing a couple of lawn chairs that were leaning against the house, he unfolded them, sat and waited. From the corner of his eye he caught a movement in the window - his wife spying him. He imagined the look on her face and was glad he talked Nate into coming over.