by Millie Bauer 2 months ago in Short Story
Report Story

A Life of the Wolf-Hart story: Chapter 4 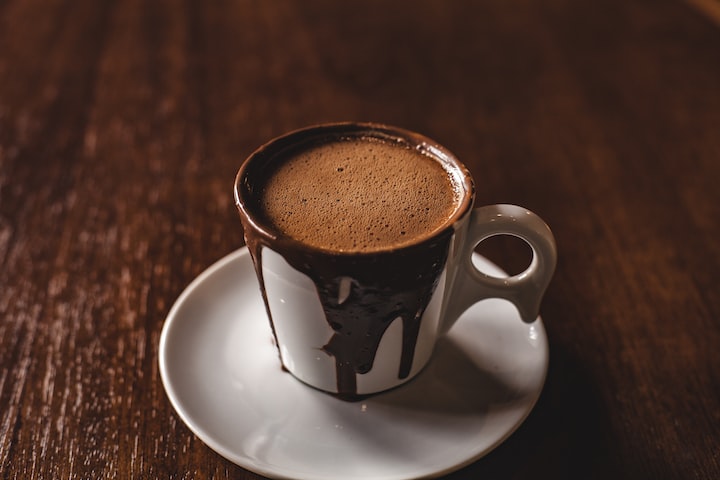 Photo by Giancarlo Duarte on Unsplash

Several hours later, Lia sits sobbing on Abuelita’s couch. She’s not even fully sure how she got here in one piece. But she’s here, Abuelita is making her some quesadillas, and Beth is hugging her best friend on the couch. Beth and Abuelita agreed that Lia and Jayna should spend the night there that night. Lia couldn't really argue. She knew she would have to start the job hunt again first thing in the morning.

Jayna and Desi sit on the floor in a play pen. They've got some blocks they're half building, half clanking around. Beth gave Lia a change of clothes when she got to Abuelita's. The sweater, despite being cropped on Beth, is long enough to reach past the waistband on the sweatpants Lia is wearing, and despite rolling the top & bottoms of the pants, they're still too long on Lia. Beth is a foot taller than her, so it's easy to see how they'd have trouble sharing clothes. Lia doesn't mind, and Beth doesn't seem to either. Beth tries again to offer makeup wipes to Lia, this time she takes them. She haphazardly wipes off the already smeared makeup on her face without bothering to look in a mirror.

"Gimme" Beth grabs her face and starts cleaning up the missed bits of makeup. She's gentle on her friend, she knows Lia has done the same for her, like the night she realized she was pregnant with David's kid, or the day her parents kicked her out, or the day she realized she had to stop playing basketball.

This also wasn't the first time Beth had cleaned up Lia's face. It's not like Lia's life had been exactly a cakewalk these last couple years. From the moment her & Carl took that road trip, things went downhill, fast. Beth finishes cleaning Lia's face, then opens her mouth to say something, but is cut off by Abuelita sitting the full serving tray of quesadillas on the coffee table in front of them, with a bowl of homemade salsa and another of homemade sour cream, she heads back towards the kitchen to get the guacamole & something to drink.

"Cometelo" she commands in Spanish, indicating to the full spread of dips and the tray of quesadillas. Beth and Lia know they're not getting away without finishing all the food in front of them. They start eating, despite Lia not feeling hungry or even really tasting the food as she eats. The old woman comes back out with three mugs, all with little shreds of cheddar cheese on the bottom. After setting them down she goes back into the kitchen and comes back out a moment later with a steaming saucepan of hot chocolate, she pours it over the cheese in the mugs and disappears back into the kitchen. Only to emerge a moment later with spoons for all of them. She sits on her chair, next to the little girls playing on the floor, leaving the couch for Lia & Beth. Abuelita stirs her drink and takes a sip before looking at Lia, with all the love & comfort in her eyes as if Lia was her own child, and not the best friend of her grandson's baby momma.

"I told you," Lia starts quietly, "The Last Ditch Saloon closed, forever, today. I need to find a new job before the end of the month. Or I won't have a place to live."

“You could work at La Queso Cocina.” Abuelita offers, after all, why wouldn’t she offer the restaurant owned and operated by her eldest daughter and her family. Lia had worked there in high school, along with Carl, Beth, and of course David. David’s parents- Margarita and Pablo- were very nice when Lia quit to go work at the bar that paid better tips, and knew it was more about avoiding Carl’s family-the Wolf’s- more than the job itself. “ I’ll ring up Rita in the morning, tell her to give you back your old job. Or a better one. You know they just fired Ramon? Sí, he was letting his novia steal from them.”

Just then the phone rings, Abuelita gets up to answer "Buenas tardes. ¡Alma! Sí, see del servicio…" Abuelita takes the phone out of the room and walks back into the kitchen, no doubt to finish planning something for the church. Alma is the church secretary, who took over after Abuelita retired over three years ago.

Beth turns to Lia "You know she's right." She says, sipping her own drink.

"I couldn't ask that of Abuelita. I wouldn’t even make rent working 40 hours a week there. Runners don’t get paid well there, you know that. It was fine in high school, but that just won’t cut it now. Even if I make enough for rent, I would still need more. I have car payments, a phone bill, and health insurance for me, not to mention all the things Jayna needs and…"

"Then ask for a raise, you know they’ll give you one. It was a glorified allowance in high school, and you know it. Pablo and Margarita don’t want to see you homeless, none of us do. And we certainly don’t want to see you lose Jayna. We won’t let that happen. Maybe you could even move in here, it's not that bad."

"You were just saying how you wanted to move out this morning."

"That's different." Beth shakes her head "I just want to have the freedom to choose where to live, I don't need to move out. Abuelita is nice, and I don't mind being a house cleaner while I study for nursing school. Plus, she keeps a pretty clean home already, just needs some help on some of the more physically demanding chores."

“You know Señor Antonio would never let that happen.”

“Antonio be damned, it’s not his house yet.”

"Yes, but Antonio still has the rights to the land and the house."

"He has no rights to it yet. Abuelita still owns it. He can hem and haw all he wants, but it's still Abuelita's house."

Lia thinks back to the first time she met David's tío Antonio. He's a stern man, and Abuelita's only son. As such, when Abuelita's husband died 10 years ago, Antonio was left in charge of everything. He was deemed the "man of the house" and told to take care of everyone, including his mother, eight sisters, and all the nieces and nephews. He even held the deed to the restaurant David's parents owned and operated. He pitched a fit when Beth moved in with Abuelita, but everyone let it slide since Beth and Desi are technically family (even if Beth and David broke up). Antonio had immediately shot down the idea of Lia moving in when it was first suggested a year ago (when her parents kicked her out) what would be so different now?

"Abuelita has been talking about building a smaller casita for herself closer to the road anyways. That way she can pass this house” Beth gestures around, “to our generation. Abuelita already asked David’s cousin Juana to draw up plans for it, she’s using it as a final project for architect school, isn’t that cool? It should be done by the end of the summer. They’re going to break ground by the end of this month. You and Jayna could move in here once that’s ready.”

Lia watches Desi and Jayna playing. They look so happy together. Abuelita's house is fairly empty, with just her, Desi, and Beth living there. The house was built for a family of eleven plus guests.

“But only if Abuelita says she’s ok with it.”

"¡Por supuesto!" Abuelita says, rejoining the room, apparently she'd heard the whole thing. "We'll have to wait for my casita to be finished, so mi niñas can move everything out of their old rooms. But for today: eat." She pushes the food closer to Lia, despite her already having a quesadilla in hand. Lia feels a weight lift from her chest and decides to eat. Things are finally looking up again.

More stories from Millie Bauer and writers in Fiction and other communities.