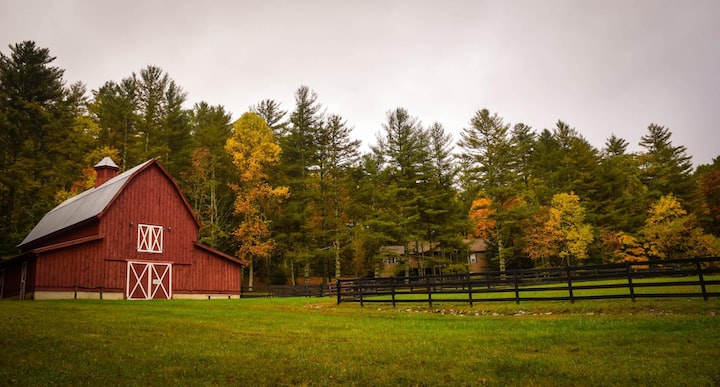 Photo by Frances Gunn on Unsplash

Piper unloaded an armful of packing boxes from the back of the ancient pickup truck. Her elbow grazed the rusted tailgate, and she rolled her eyes at the brown streak on her arm. She handed the bundle to her husband, then grabbed a load for herself. “Want to start in the bedrooms and work our way down?”

“Why don’t you just select a few items you want to keep, then have a charity come get the rest? What they don’t take, we’ll pay someone to haul away. If we have to go through all your grandmother’s things on our own, we’ll be here forever. And the new owner probably wants the keys this century.”

“Gram and Pap both hid money in all kinds of places. Drawers. Hats. Shoes. Canisters. And that’s just in the house. I know there’s more in the barn. Both of them stuffed bills in mason jars and tucked them away in hidey-holes out there. If we don’t go through everything, we could be giving away a fortune. Bad enough I have to sell the property. I don’t want to give away money. Or worse, throw it away. We’ve got to go through everything. Carefully.”

“If there’s really a fortune tucked in a bunch of corners and crevasses, maybe we don’t have to sell.”

“It could buy us some time.”

“A lot could happen in a year or two.”

“Yeah. Taxes could go up. Property values could fall. It’s not worth the risk. We have a buyer. The deal is good. If I don’t sell now, I might never do it. The papers are signed. Don’t let me rethink it.”

“But you love this place. You grew up here. I proposed to you in the barn.”

He waggled his eyebrows at her. “Lots of good memories here. You sure you want to let this place go?”

“You sound more attached to it than I am.” Piper stomped up the porch steps. Why did he have to make this harder than it already was?

Inside, she dumped the boxes by the stairs, then marched straight into the kitchen for a tissue. The tears were already flowing, and she hadn’t even begun sorting through her grandparents’ things. How was she going to do this?

“Funny way of showing it.” She snorted against his chest.

He chuckled and rubbed her back. “I just wanted you to know you had options. If you want to wait, I support that.”

“Thanks. I appreciate it.” Piper pulled away. She’d left his shirt damp with tears. Rather than meet his concerned gaze, she stared at his chest and swiped uselessly at the wet material. “Sorry about that.”

A soft smile played at her lips, though she couldn’t quite muster the laugh his dumb jokes usually drew from her. “I don’t know. I think you’re pretty sweet.”

Tom took a fresh tissue from the box to mop her face. “You have the most beautiful green eyes.”

“Gram loved my eyes. She always said they reminded her of Pap’s.”

“Your grandfather had blue eyes.”

“Glass is clear. You can see color through it.”

“I don’t know, Tom. How do you know they were blue? You barely knew him before he died.”

“Because he used to glare at me when I came to visit you.”

She sighed. “Well, he was protective. But I’m sure they were green.”

Tom grabbed her hand. He dragged her through the hall to the living room, where her grandmother had a collection of family photos hung on the wall. Pap’s service portrait was black and white, as was their wedding photo. But a few candid snapshots as well as an eight by ten of their fiftieth anniversary were all in vivid color.

And his eyes were blue.

“Well, she must have meant the shape. Or the way they sparkled when I laughed or something.”

“Or the way they also drilled into people when you didn’t like them?”

Piper batted him on the arm. “I’m sure she never saw that look on me. I liked my grandmother.”

She scrunched up her face to mock-glare at him.

“There’s the similarity. I see the resemblance now.”

Her expression softened to a genuine squint as she looked out the side window. “Someone’s at the barn.”

“Is it the real estate agent?”

“No. She’d come to the house.” She headed for the foyer. “And we don’t have an appointment with her today.”

Tom held open the door for her. “You think it’s an interested party?”

“Doesn’t matter. If it is, they should open their eyes and save us both some time. There’s a giant SOLD banner on top of the FOR SALE sign at the road. We already accepted someone’s offer.”

Piper rolled her ankle in a gopher hole as she walked the slight hill to the old barn. She started to make a mental note to deal with the issue, then stopped herself. Those pests weren’t her problem anymore.

As they drew close, Tom let out a low whistle. “Get a load of that machine. If this is the new owner, you should have raised the asking price.”

She couldn’t help but agree. The only place she’d ever seen a Tesla was on TV.

Her husband drove a used-but-respectable Honda CRV. It had no get-up-and-go, but it wasn’t like he was drag racing on the weekends. Piper had been driving her grandfather’s ancient Chevy pickup. “Bessie” had been in the family since 1964. That truck went through gas like Taylor Swift went through men, and its body had seen better days. But no car payment meant more money for other things. Frivolities like food, rent, and Gram’s medical bills…

As she entered the barn, a wave of nostalgia crashed over her, drowning her in memories of milking cows and combing horses, mucking stalls and baling hay, wagon hitches and tractor winches, saddle soap and motor oil. Pap was so patient with her, teaching her how to work with their equipment and their animals. She was more comfortable putting a shoe on a horse than she was wearing them herself. Now, she choked on those images. The stalls hadn’t had an animal in them in over a decade, and they’d sold the last of their big equipment two years ago.

Still didn’t have enough money to pay their bills or keep the place.

Dust motes danced in the beam of light shining through a window in the loft. A man in designer jeans, a bomber jacket, and leather boots stepped out of the shadows, into the sun. White hair like a nimbus, he removed his aviators, squinted at the brightness, then immediately replaced them. Smiling, he extended his hand. “Everett Jamison. Pleased to finally meet you.”

Piper shook his hand. His grip was warm, firm. And lasted a little longer than she was comfortable with. But a nanosecond was too long. She wasn’t often at a loss for words, but what did one say to the man who now owned her legacy? It wasn’t his fault, but she wasn’t exactly thrilled to be in his company.

She pulled free of his grasp and stepped closer to Tom. “I’m sorry, Mr. Jamison.”

“Everett.” Piper nodded. “But the closing agreement clearly states we have until the end of the month to vacate the property.”

“You can’t change the terms,” Tom said. “You already signed. We don’t want to get our lawyer involved, but we will.”

Piper stole a glance at the Tesla outside before doing a head-to-toe sweep of the man’s clothes. Her husband meant well, but they didn’t have an attorney. And even if they did, Everett Jamison could clearly bury them in litigation for eternity. Or until they ran out of money to fight him. Whichever came first. Three guesses which would happen sooner.

“I don’t want to change the terms. Not exactly.” He sighed and turned toward Piper. “I knew your grandmother when we were young. Her father never cared for me. Used to glare at me over the top of his newspaper.”

“I know that feeling,” Tom muttered.

She cleared her throat.

Everett chuckled. “He eventually ran me off. I shouldn’t have let him, but I did. Sarah was the one who got away. I never forgot her.”

“You dated my grandmother?”

“We were high school sweethearts.”

“I thought she and Pap were.”

“I was going to say something else, but okay.”

Piper frowned. She didn’t like what he was implying. “Why did you buy this house, Mr. Jamison? As a final 'screw-you' to my grandfather?”

“On the contrary.” He took an envelope out of his jacket pocket. “Martin was there for Sarah in a way I wasn’t. My buying the house now is too little, too late. But it’s, perhaps, a start.”

Everett handed her the papers. “It’s all yours. Free and clear. And if I can help in any other way, just let me know. Maybe a stipend for repairs?”

Piper held the document so she and Tom could both read it. It was the deed to the property. She looked at her husband. “Do I understand this correctly?”

“If you think he bought this for you, then yes.”

Relief and panic swirled in her chest. Piper wasn’t sure if she should jump for joy or sit before she collapsed. She waved the papers at him. “Why, Mr. Jamison? Why did you do this?”

Everett removed his sunglasses. After blinking in the bright sunlight, he met her gaze with a wide, intense stare.

She peered into bright green eyes, identical to her own.

“Because this land is special. Because it holds precious memories. And because family legacy is important.”

Piper was barely breathing. Or maybe she was hyperventilating. She wasn’t sure which. There was a ringing in her ears that might have been her racing pulse, but she couldn’t really hear coherent words anymore. Everything sounded slow, deep, elongated.

Then Everett Jamison walked away.

Tom elbowed her, snapping her out of her fog. He grabbed her hand, then pulled her out of the barn.

His sunglasses were on again, making it a little easier to look at his face. The resemblance wasn’t so pronounced when she couldn’t see his eyes. But he turned his head to look in her direction. “Yes?”

“Would you like to come to the house for coffee? Maybe we could… talk.”

The corners of his mouth quirked up in pleasure. “I’d like that.”

He had a dimple in his left cheek. She smiled back, raised her hand to her face, and touched her own dimple. Same side, same place.

Piper gave a final glance into the barn.

Oh, Gram. You kept a lot more secrets out here than money.

Staci's love for writing is only surpassed by her love for family and friends, and that relationship-centric focus is featured in her work, regardless of the genre she's currently immersed in. https://stacitroilo.com

Receive stories by Staci Troilo in your feed
Staci Troilo
Read next: Crack and Whisk