by T.D. Edwards 11 months ago in Short Story
Report Story 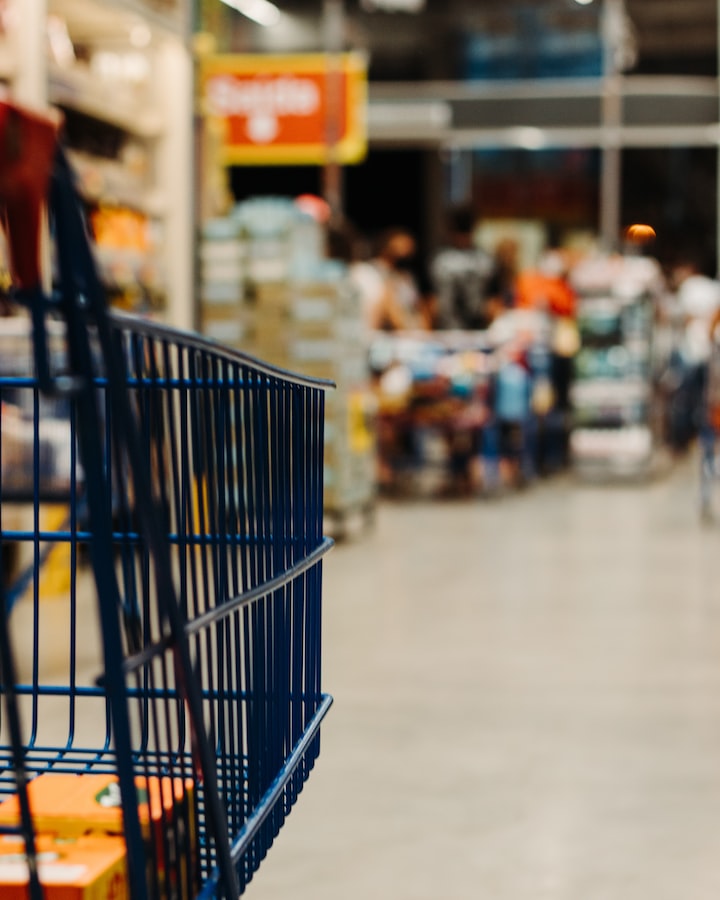 Photo by Eduardo Soares on Unsplash

“Come on, come on…” I tapped my fingers impatiently as I waited for the traffic light to turn from red to green. The neighbors had alerted me of a problem with my mother, but judging from their panic, I could tell that Donovan was really the issue. They were just too afraid to say so.

Donovan. I’d fallen into the false sense of security that Mother had finally gotten rid of him. He had ruined her life so much, mentally and physically. Time and time again, doctors had told the family that Mother needed time away to heal and recover. And finally, months ago, we’d been able to make that happen.

I’d checked in on Mother once a week, pleased that her treatment seemed to be working. And within her last few weeks at the hospital, it seemed that she had finally gotten herself to move on from Donovan. She’d been happy. Healthy. Thriving.

But clearly, at some point within this last week, she’d let her guard down and let Donovan back into her life…

I should have known this would happen. He always showed up just when we least expected it. He was a parasite, always waiting to swoop in and cause havoc. He knew Mother’s weaknesses. He knew about the tough life she’d had coming in. And consequently, he repeatedly preyed on her, just because he knew he could.

The light finally turned green. I sped off, nausea twisting my gut the rest of the drive. The couple who lived next door to my mother had called to report that she was having a breakdown at the local grocery store.

When I pulled into the grocery store’s parking lot, I jumped out the car and bolted into the store. Within seconds, I met Donovan’s eye.

He was there, just as I'd suspected.

He looked back at me with a vague sense of recognition. Our interaction had always been kept to a minimum, ever since that one time he’d hit me as a child. Mother had immediately intervened, letting Donovan know he’d officially crossed the line. From that point on, she’d done everything in her power to make sure we were rarely around each other. And for the most part, she’d been successful. I’d hardly seen Donovan at all in my adult life, even though I knew he was always lurking and presenting a threat to everyone else around my mother.

Sickened by Donovan’s presence, I looked past him and focused exclusively on my mother. “Mommy, I don’t like this.” I let the words roll off my tongue as naturally as possible. I hadn’t used the word ‘Mommy’ in thirty years. The term felt foreign, but I needed to jolt the right reaction from her. To temporarily make her think that I was still the same little girl she’d had to protect all those years ago. That was the only way she would separate herself from Donovan, now that he’d gotten her in his clutches again. “Mommy, please…”

I could feel Donovan staring back at me, livid that I was ignoring him. If I wasn’t careful, he would flip out in any second, and he wouldn’t care how many bystanders could potentially get hurt in the process. After all, Donovan thrived on fear and pain…

But Mother wouldn’t allow that. Not while I was there. She stepped forward with a frown on her face.

Perplexed onlookers swarmed around us, shamelessly watching the family drama play out. But I ignored them too. Because if Donovan realized he had an audience…

Well, that wouldn’t be good for any of us.

Mother stared back at me, a guilty gleam forming in her big brown eyes. I could feel her shame. She hadn’t wanted me to know that she’d reunited with Donovan. That she had allowed him back into her life, after all the trouble he’d caused…

“It’s not always about what you like, Sugar-dump,” she said. An unexpected response, letting me know just how far Donovan had clearly gotten into her head.

Still, the fact that she had just called me Sugar-dump was a win. I hadn’t regularly heard her use my childhood name since I was about 23. I had always hated that nickname. But now, it was music to my ears. It as a sign that in the presence of Donovan, Mother was indeed viewing me as the little girl she needed to protect.

The only problem was, I didn’t want anything to happen that she would actually need to protect me from.

In my periphery, I could see one of the store clerks, a startled expression on his face. I mouthed to him, “Call 911.”

I became aware that a woman and her young son were trying to exit the store, but were too afraid to pass by us. I realized I needed to get Mother and Donovan out of the store, away from all these innocent people.

Mother sighed. “How are you, Sugar-dump? Have you been a good girl?”

My heart pounded. That was my cue…

Growing up under Donovan’s threatening shadow had caused me to have more than my fair share of outbursts. That’s what had led to him hitting me in the first place. And that was also what sparked my mother’s protective instincts…

It was time to see if the chain reaction would still prevail.

Keeping my eyes on Mother, I put my hands on my hips and stomped my feet, channeling my inner-child. I turned my voice into a loud, girlish screech. “Mommy, I want to go home! Now!”

Appalled, the woman behind us clutched her son and moved backward. The little boy almost laughed, but his mother silenced him, placing a hand firmly over his mouth. Poor kid. He didn’t know any better. If I was a kid and saw adults acting this way, I would want to laugh too.

“Uhm, Ma’am...is everything all right?” the nearest cashier asked. A young man no more than 19 years old, he clearly had no idea what to do. He hastily scanned the store, searching for someone better equipped to handle the bizarre situation.

It killed me to be unable to apologize to these people, but they didn’t know the danger Donovan presented.

“Come here, Sugar-dump. Be a good little girl for Mommy.” My mother held her hands out to me, her eyes pleading.

I poked out my bottom lip and stomped my feet again. “No!” I yelled. And then I rushed to the door, full speed.

Despite her age, my mother was light on her feet. While she chased after me, fear clutched my heart as I realized how much I didn’t want her to catch me. Mommy was gentle, but if she got her hands on me, there was always the risk that she would unintentionally turn me over to Donovan…

Out in the parking lot, the police and ambulance awaited. The instant Mother was out of the store, they seized her. During the struggle, Mommy disappeared as Donovan took over her features again, contorting her face with his malicious sneer and making her eyes spark with fury. He swore and spat at everyone around him, using my mother’s thin body to put up a strong fight.

I watched, sobs bursting from my throat.

A distraught Dr. Murphy hurried toward me. Before heading to the store, I’d given her a call, but she hadn’t answered. So I’d left a message.

“It’s okay. She’s going to be all right. The best doctors in the country will be working with her,” she said, hugging me.