Facing Down an Ancient God

by Ara 4 months ago in Fantasy
Report Story

Not everything is as it seems. Even the most mundane days can quickly become perilous. 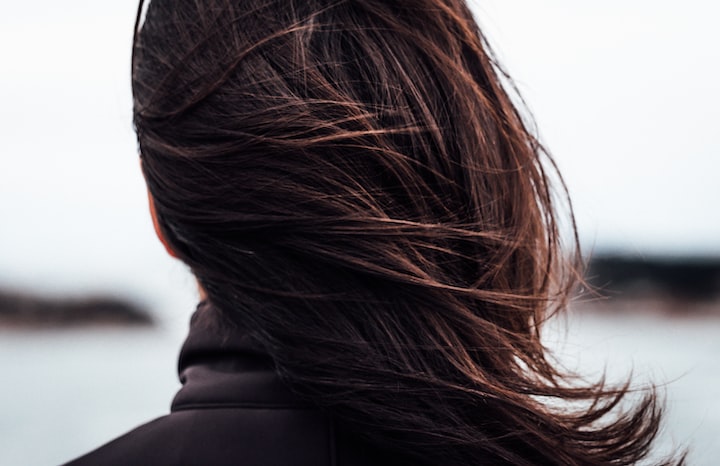 There weren’t always dragons in the Valley, but here she stood staring down the business end of one. Normally this would be considered a “problem” at the very least, but this one was a pale, shimmery green, and made of paper mache; hardly an intimidating presence. Kvelle’s dark eyebrows furrowed together in concentration as she stared at this dragon, seemingly attempting to gaze into its very soul. Finding none, she slumped back into the wooden chair throwing up her arms with an exasperated sigh.

“Agh! There’s not enough life in it; there’s still something missing.”

Her body slunk down in resignation, arms hanging limp at her sides. She began to trace the lines of the overlapping branches holding up her humble home. Each branch a winding road leading somewhere new and more exciting than the sheltered life she led. Her gray eyes trailed down to where the lines turned from branches, to cracks in the matching colored walls. Reaching a hand out, her nail scratched at the uneven surface, freeing a nearby fleck of dried mud to lay soon forgotten about on the bare dirt floor. Gooseflesh broke out on her skin as a gentle breeze came in through the open window, rustling the dwindling pile of paper mache strewn about on the table.

The chair groaned beneath her as she shifted upright to face her dragon once more. Her reflection stared back as she looked into the dragon’s onyx eyes, lines of frustration marring both versions of herself. Stray hairs poked out in odd directions and her frown deepened at the sight of the dark circles, undoubtedly gifts from the most recent bout of restlessness.

A deep rumbling from Kvelle’s stomach punctuated the silence of the home, finishing the project would have to wait as time had crept by unnoticed yet again. With an unladylike grunt, she pushed herself up and shuffled over to the door, snatching up the black leather hat and satchel hanging off the handle. Running a hand briefly through her tangled mane, she plopped the cap onto her head and stepped onto the rocky path discovering the tantalizing smell of cooking meat.

She breathed in deep, the salted scent filling her lungs and fueling the growing hunger within. A slave to her more animalistic desires, she set a spry pace, the coins in her pocket clinking together lightly creating a steady beat. Thoughts began to swarm like bees in a hive wondering what could be the source of such an incredible aroma. Briefly, she closed her eyes to blindly follow her nose; her mouth watered as she imagined what sort of deliciousness was being cooked up tonight. Maybe elk? No, perhaps wild boar? Whatever it was, it had to be far more exotic than anything she’d ever had before.

Her skin warmed under the sunlight that poked through the gradually thickening tree line and in the distance she noticed that the shepherds were unusually absent in the fields. Stealing a glance up at the setting sun, she thought it was about the time for them to bring their flocks in for the day. Knowing very little about keeping livestock, Kvelle shrugged and continued to follow her stomach towards town, but couldn’t help wondering whether or not they had wandered a bit too far off today. It wouldn’t have been the first time that had happened.

Odd. Kvelle’s ears perked up at the sound of…nothing. The only thing that punctuated this uncharacteristic silence on her walk to town was her own feet plodding against the old stonework. No birds singing. No insects chirping. Not even one of the working dogs barking off in the distance. Doubt began to seep into her mind and she turned around to confirm that she was on the right path, but of course she was. This road was as familiar as breathing and she could easily walk the entirety blindfolded, but she couldn’t help but take note of the increasing unease growing in her throat and stomach.

A bead of sweat carved a path down her back joined by a nervous shudder that shook her body. Reaching up, she removed her cap and ran a hand through her hair before replacing it and found her hand slick with sweat. Grimacing at the feeling, Kvelle was quick to run her hand over her linen top before resolving to continue forward, keeping an eye out for anything else out of the ordinary. She feverishly scanned the tall oaks surrounding her, eyes flitting from tree to tree and peering into the shadows within to find nothing, not even a measly squirrel hidden amongst the brush.

As she turned away to press forward, something caught the sun in just the right way and glinted in the corner of her eye. Cautiously, she rotated back towards the undergrowth and stalked forward, heartbeat drumming out a rhythm in her ears. Nearing the area of interest, she lowered herself into a squat and stuck a slightly shaking hand towards the undergrowth to uncover whatever it was that caught her eye.

Peeling back the fallen foliage, a metallic looking rock laid gently in the soft dirt. A sigh of relief let loose from her small frame as she worked her fingers into the ground to free her newfound treasure. The soil released it without issue and she stood chuckling at herself for being so flighty. Loose dirt clung to the stone and she rubbed it against the bottom of her tunic to reveal its opulence.

Pulling away the fabric revealed a handful of dirt and something that likely wasn’t actually a rock after all. With her free hand, Kvelle rubbed her eyes to take a closer look at the roughly palm sized item and held it up to the remaining sunlight. It almost glowed in the twilight, its multifaceted edge a luminous green and a slight curve to its triangular shape.

Her heart dropped into her stomach and her eyes grew wide as saucers as she realized what exactly she was holding in her hands. A warning. An omen. There was now something strange in the air. Breathing in deep, the scent changed from tantalizing to terrifying all at once. Sulfur hung heavy on the wind and before she could even think, the ground beneath her feet began to shudder as if a colossal beast had shaken it from its tremendous weight. A furious roar ripped through the trees from the direction of her village. Her ears still ringing from the thunderous sound, she turned to see what was wreaking such havoc. That’s when Kvelle finally saw the smoke.

Inspired by the countless fantasy epics read throughout their twenty-some-odd years on this Earth, Ara seeks to channel the creative energy within them and write stories for fellow escapists yearning for worlds far more enticing than ours.