by Frank Brennan 5 months ago in Sci Fi
Report Story 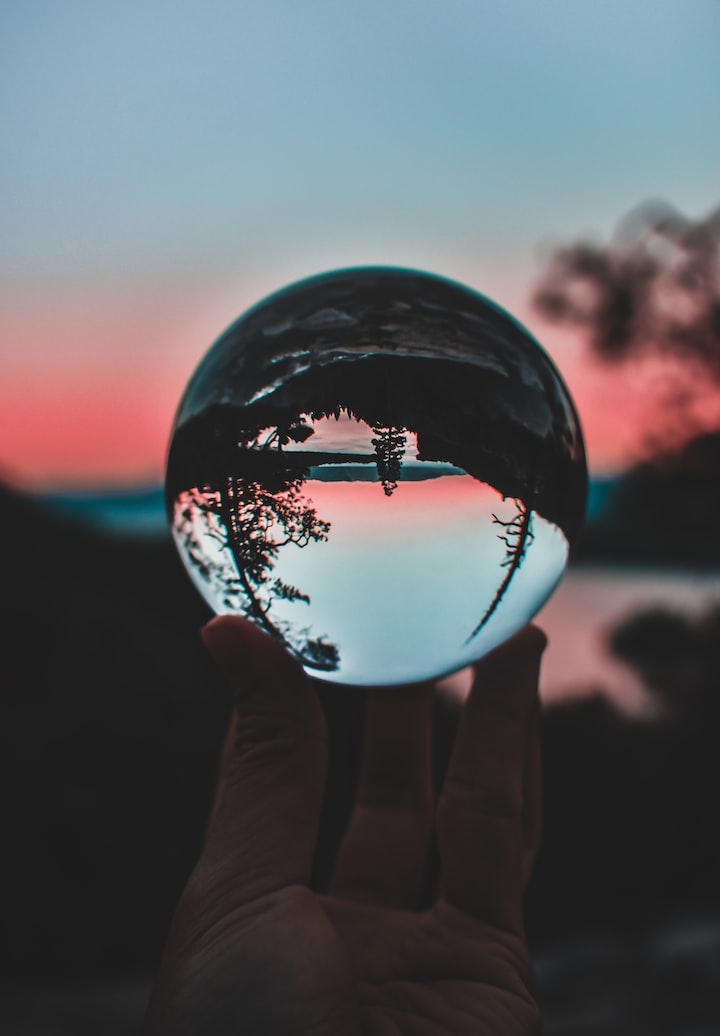 Photo by Mathilda Khoo on Unsplash

Sara ran for what felt like an hour. Pure adrenaline. No thinking. She had to catch her breath. She slowed down and stumbled around for a little until the screaming in her head came back. She ran again, her naked body breaking branches, scraping her skin away in microcosms. Her frail body pin-balled from tree to tree in the moonlight with swollen eyes and blurred vision. It was just wooded, a forest, maybe? Her heart was giving out. She could sense it—warmth evading quickly from chest to limbs. The screams grew louder, more distinct. She couldn’t feel her legs. She collapsed on the ground, her mind swelling with the excruciating wails.

The light woke her. It was morning, and she was still alive. No! How long had she been out? How close had he gotten? The earth was cold as she lay bare against its shrubbery. She had never known pain like this; her bones were bruised, her head battered and pounding, distorting her thoughts. She sucked in a breath, but the air was thick. Every inhalation was a knife jab. Her feet burned, bleeding from heel to toe, but she had to keep moving. She attempted standing several times before she found her equilibrium. She couldn’t let him find her. Too much time was lost. Water. She needed water. It was just trees as far as she could see.

She pushed through the pain; walking, jogging, walking; branch and twig digging into her sores. She didn’t know the day or time or where she was going. Deeper instincts took over, giving her strength she never thought she had.

A voice. Behind her. His voice. Then the screams came back. Louder than before, as if all the highest frequencies in the world were being broadcast from inside her head. She covered her ears, but it was internal. She collapsed once more as if trying to dodge the pain, then her stomach churned. She caught his scent - sweat and sawdust. He was close. She forced herself up and ran again, as far and fast as her bruised body would permit. The screaming was getting louder. He was getting closer. There was something in the distance. A block, a building, a cabin? She could see it. She sprinted towards it, praying for refuge. Push through the pain, she thought. Hide.

She jumped on the deck and exploded through the unlocked door. She hadn’t expected it to be open. Her body crashed against the hardwood, but she kicked the door closed behind her. In a panic, she locked it. She tried calling for help, but her voice wasn’t there. She looked out the window; it was snowing, faster than what was possible, covering the wooded landscape in harsh white.

The screams in her head faded. She turned away from the window. Behind her was a full-standing mirror soaked in that dust. She approached it to see herself, assess the damage, and prove she was alive. She placed her palm in front of her and swooped a thick clay-like mold into her hand, revealing her reflection.

Only, it was a girl staring back. It was her, but thirty years younger, wearing a pink sweater and white sweat pants. She spoke. “Merry Christmas, Sara.” The girl held up a glass of water and pushed her arm through the mirror, like sun rays passing through a window. She handed her the glass.

Confused but desperately thirsty, Sara drank. The water felt like a spring inside her. She forgot about her pain for that moment, and the air came into her lungs more freely.

The door broke open behind Sara filling the room with snow. The wind started to howl as it forced in gusts of white flakes. Her body shivered in the cold. She ran to close the door and re-lock it. She immediately felt warmer. She didn’t understand how, but she was clothed, a pink sweater and white sweat pants.

“Now you are ready,” said her reflection. “He is here.”

Sara pulled a lamp off the stand; it was the closest weapon she could find. Her eyes shifted focus. She was going to fight. She watched the door with anticipation, ready to swing when it opened again.

Suddenly, the screams filled her head like carved ice pressing into her temples. The door flew open. Chilled horror latched onto her heart as she swung the lamp into the open air.

“Sara!” her reflection called out. She turned to the mirror, and there he was, approaching her fifteen-year-old self. He was on the other side. How? She attempted to speak, but her voice cracked, and her throat sucked in dust and snow.

The man grabbed the girl by her curls. Sara threw the lamp at the mirror; it cracked. She ran to it with a fury, banging her hands on the glass, breaking her own skin. Sara was punching the mirror now with raw, broken knuckles. The man’s arm pierced through the remaining glass and latched on to Sara’s hair. He pulled her through and threw her to the floor. She could taste his breath. She understood the screams, for they were hers.

She was the girl now. It was just her.

No more running. This time she was fighting. A strength awoke in her, fueled by that tiny glass of water. It was shooting from her core into her arms and legs, coming out of her voice. She wasn’t going down. She bit tore and chewed into flesh. Each punch and kick was swift. She couldn’t stop it now. He went down to the ground, and she clawed until his face was unrecognizable. Tears flooded her face. She was yelling, indecipherable words - just sounds. They grew louder and louder.

Sara’s body fell off of the chair in violent shakes. Her muscles tightened, forcing her to curl on the floor in a twisted pretzel.

In a desperate attempt to catch Sara, Joanne, sitting in front of her, leaped forward, extending her arms. She cradled Sara and pulled the small cord out of her left temple.

“It’s okay. You’re with me now,” she whispered to Sara.

Joanne held her mother until the shaking stopped. They were alone.

“What happened?” Sara asked as she slowly began opening her eyes.

“The unconscious is like a door, we tried opening it, but your mind just ripped it off of its hinges,” Joanne sighed deeply.

“Something…” tried Sara, but Joanne went on.

“Purging memory is still so experimental…we shouldn’t have tried it.”

“Who’s Joanne?” Sara was still on the floor but was collapsed in the arms of a stranger.

“Who are you?” Panic took over. “Where’s my daughter? Joanne?”

Sara’s screams pierced the halls of the hospital as she mourned for the mere memory of a daughter no one would ever know she once had.

I write about film, fatherhood, and faith.

More stories from Frank Brennan and writers in Fiction and other communities.