Elegy of a Farmer's Daughter

by Sarah Shea 3 months ago in Short Story

A dark retelling of Charlotte's Web 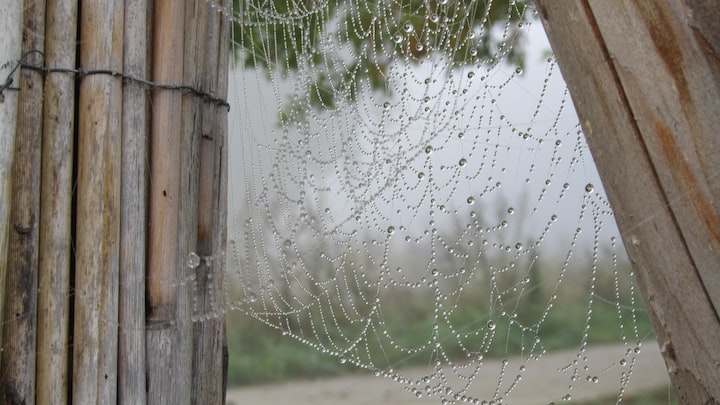 Photo by Sonia Benhamou on Unsplash

Horse had been on the farm the longest, and so had known the Farmer’s daughter, little Fern, the best of all the animals.

In all his years on the farm, he had seen many cows, chickens, and pigs come and go, gone to slaughter when they stopped producing milk, eggs, or young. And as soon as little Fern was old enough to know what that meant, as the only one around to advocate on their behalf, she had protested to her father not to kill the “cute hens” or “sweet piggies.” And she always did so, despite the loud crashes and weeping the animals would inevitably hear later that night after the axe was put away.

They could all hear the crashing of dishes and furniture as usual. But one rainy twilight, the crying had reached a heartbreaking crescendo that sent the hens into wing-flapping tizzies and set Pig to squealing until it suddenly broke off.

The commotion carried on in the barn, Horse himself whinnying in such an unruly and panicked manner, that Spider had to call them to order.

Aside from the occasional nervous cluck, all the animals fell quiet. Horse, whose ears had been flattened against his head, suddenly perked up, but heard no crashing or weeping. The sudden stop to the crying in particular made Horse nicker and toss his head uneasily. The crying usually tapered off until little Fern found solace in her sleep.

The two cows stomped their feet and flicked their tails. The silly hens still clucked amongst themselves.

Because of Spider’s call for silence, they heard the Farmer stumble down the gravel path well before he drunkenly shoved open the barn doors that were already falling off their hinges.

All but the chickens fell still and quiet. Horse heard the rain patter against the roof of the barn, occasionally dripping through the unrepaired shingles to wet the hay.

The Farmer retrieved a shovel and left the barn doors open. Only the cows and Horse could see the Farmer digging some distance away, a cloth bundle spotted with brown and red lying in the mud beside him.

“Nor do I,” sighed Spider, picking delicately across her web to speak in Horse’s ear. “She was the only human I knew of who neither screamed at me nor tried to squash me. She kept her distance, which is more than I had reason to expect. But we’ll not see her again.”

“But what do you mean?” cried Pig.

“Come now,” scolded Spider, though Horse wondered if her tone resulted more from grief than true irritation. “It was only a matter of time. Her heart was rather bigger than her brain, and she probably couldn’t imagine how far the Farmer’s cruelty could go. Poor dear.”

Horse had by now understood Spider’s meaning and, though Spider had already hidden away to mourn in peace, Pig and the others took a little longer to process.

“You don’t mean…? Oh, is she dead?” Pig shouted tearfully.

“Dead? Dead!” screamed the chickens over each other.

While the others got up a ruckus, Horse stared out the barn doors and watched as the little bundle was rolled unceremoniously into its hole and covered with fresh earth.

Little Fern had never been big enough to ride Horse, but he remembered fondly how she used to drag a stool to his stall and wobble on top the better to pet him. She occasionally shared a carrot or apple she’d swiped from the garden or orchard. Unlike many children, who grabbed and pulled and hit in their excitement and ignorance, her hands had been gentle as she stroked and groomed him.

Horse knew he couldn’t expect the same treatment from the Farmer.

The scrape and shush of the shovel soon ceased, as the Farmer finished his dirty business. He stalked towards the barn, using the shovel as a walking stick to keep him upright—stabbing the tool violently into the ground as he went—then quickening his pace when he heard the uproar of the stupider animals.

He leaned the shovel, blade down, against Horse’s stall and tramped further into the barn. Horse watched him in contempt and disgust as the Farmer kicked at Pig’s pen and the chicken coop in turn.

“Shut the hell up!” he thundered.

At his voice, one of the more flustered hens flapped her wings frightfully, launching herself over several enclosures before landing atop the Farmer’s shovel. She flew off quickly before she lost her balance as the shovel knocked against the latch locking Horse’s gate.

The Farmer, still shouting, didn’t hear the squeal of the hinges as Horse pushed the gate open and, rearing up on his hind legs, pummeled the Farmer with his hooves.

Knocked senseless almost immediately, the Farmer fell silent. Horse trampled him a good while longer to be sure he was quite dead.

The barn was quiet except for the clop-clop of Horse trotting from pen to pen to release all the latches he could. Then, he galloped out the barn as fast as he could.

“Away,” Horse called back without turning.

Pig, unsure what else to do, hurried after Horse until both were out of sight, though it’s unknown if Pig ever did catch up to Horse. The pair of cows lumbered out and made their way slowly off the property, stopping to graze as they went. The hens pecked anxiously at the ground as they left the relative safety of the barn, repelled by the stench of death, and wandered off into the woods surrounding the property, likely to make some foxes fat and happy.

Spider remained the longest, tearing down her old web to weave a new one. And, having previously occupied a graveyard, she knew exactly the shapes to weave.

The next day, her corner of the barn proclaimed, “Dearest Fern.”

It was soon after that Spider quit her web and left the barn as well, in search of a home equally as friendly to her kind.

Receive stories by Sarah Shea in your feed
Sarah Shea
Read next: Our Light