by Thavien Yliaster 2 months ago in Short Story
Report Story 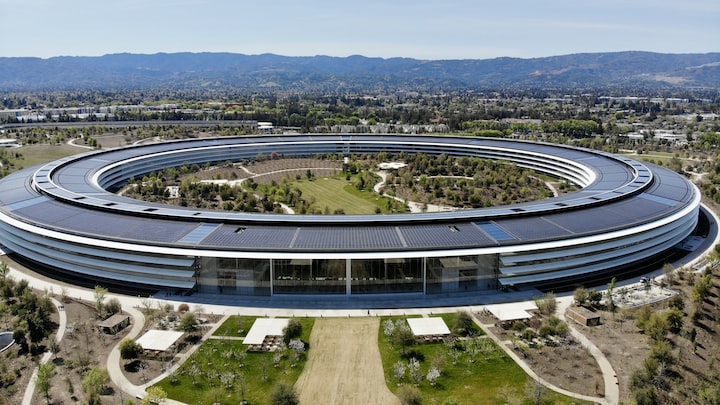 Photo by Carles Rabada on Unsplash

Though he may have slept in, it seemed that there was barely any energy left inside of him. He felt dead like a cell phone that was supposed to be on its charger the evening before but didn’t due to circumstances out of its own control.

“Come on,” he told himself, “Time to get up.” Throwing the covers to one side, he rolled out of bed and sat up. Rubbing his eyes, he yawned as his jaw proceeded to click and get stuck momentarily. “Ow! Arrgh! I hate it when it does that!” Rubbing his jaw, he pushed off his bed, and started about his day.

First, he flapped the covers to make his bed. Then he raised the blinds, letting the sun in for a better view. Afterwards he cleaned off his desk before setting up his laptop to check in on work. He already had his documents and spreadsheets prepared, but he was the type of guy to make sure he’d have his ducks in a row before the pond was open.

As his laptop booted up, his threw his head back saying, “Come on, you know you gotta’ do it.” After picking out some clean clothes from his drawers he left his laptop to update whilst he went for a shower.

While scrubbing himself down, he continued to talk to himself, “You know you have to take one of these every single day, at least once before you leave the house. If you don’t, you don’t feel presentable and then you’ll stay locked up in your room, like nobody’s business. I can’t allow that to happen.” Once he had finished rinsing and toweling off he began, “Come on, to the mirror. You need to affirm yourself.”

Once at the hallway mirror, toweled wrapped around his waist, he leaned on the sink’s ledge. Looking over at the Listerine, he thought to himself, “Go to the mirror and offer that man a drink.” Pouring out the green liquid into the white, plastic, cup he toasted to his reflection, giving cheers, “To us.” Nothing got his breath fresher in the morning than a minty alcoholic gargling. “It’s odd knowing people do this with vodka. I’d rather drink that straight than gargle it.”

Looking himself in the mirror, his reflection pointed at himself, mimicking his every move at the speed of light, “What are you waiting for, an excuse? The longer you wait for a legitimate excuse, the more opportunities will pass you by that you were more than capable of taking. Let the world excuse you, not your laziness. Come on now, we have an entire world out there for us to explore and conquer, can’t do it from the corners of your room. If you can think it, you can set your mind to it, which means you can do it. Now get comfortable in the uncomfortable, because the world’s not going to make itself comfortable for you.”

Getting dressed, he wore a favorite outfit of his, denim slacks with a button shirt beneath a vest. After sliding on his socks, he checked and organized his work emails before packing up and heading out.

“Where are the dragons these days?” He thought to himself as he walked down the street from his home. “It’s like people these days just lost their motivation. Doesn’t surprise me one bit. It’s like the corporate world kills the dragon inside leaving a person passionless, almost soulless if even.”

He remembered the first time he moved to Silicon Valley. He was excited, nervous, almost happy if you could say. Well, his excitement started to dwindle ever since his first day at work. His estaticism with about his company's technology soon began to wane as it had previously waxed, but it had continue waning until this very day. No matter what he seemed to do right, there always seemed to be two a step back whenever he took one forward.

While sitting down at the coffee shop, after having ordered his egg sandwich, he furiously typed away at several lines of organizing his project's Gantt chart. However, his eyes would be moved averted from his work once he saw the presence of a man who's very figure, let alone his aura oozed with the sense of dragon.

Just by looking at him, that spectacle, he knew there was something different about him. It wasn't his clothes, nor his briefcase, but the way this man carried himself let him know that "This is definitely part of the 1%. If not that, he's part of something greater than himself that he's probably spearheading." Sipping his coffee he thought, "I gotta figure out what he knows."

Walking up behind him, after hearing his order, he jumped in and added a cup of fruit along to the spectacle man's order. The gentleman turned around, not indignant, but honestly shocked. "If you wouldn't mind me sir, I'd like to pay for your order."

The gentleman surprised, answered, "Why yes, I'd like that a lot. Mind if I ask why?"

"Simple," he started, "I believe that there's something you know that I don't. And I need to learn. So, I'm willing to pay in order to show you that I'm paying attention."

The gentleman ran his tongue along the length of the inside of his lower teeth and said, "You know what, why not? I'm always curious about what you young people are interested in these days. So, if I'm that interesting, you might just help me establish a curiosity about myself yet again."

"Exactly!" The young man's eyes widened, "it's just as I thought. There are dragons in this Valley, and now it's time for me to find out how well he'll guard his horde of knowledge."

"I'm grateful for the opportunity," walking forward he placed a twenty dollar bill on the countertop, even though it was more than twice the amount of the gentleman's order. "Please keep the change."

"Oh," the gentleman thought, "generosity and paying it forward. He's not stingy, so he may be worthwhile. Wealth of knowledge comes to those that don't covet minor things of this life. I see young man," a smile graciously grew on his face, "I see that you too, though currently flying with amongst the eagles and mountain hawks, you no longer hover amongst the sparrows, but you are aspiring to become a dragon. Now, time for me to see if you have to courage to cross the dragon's gate, like the many brave men and women before us."

"Order 129 is ready for pickup!" The barista hollered.

"Please," the young man gestured a hand, "sit any where, I'll come find you and move my stuff over towards where you are at."

"With pleasure," the gentleman tipped his hat.

Picking up the gentleman's breakfast tray, the young man calmed his nerves with a breath of air, "Alright, time to learn what wisdom he has to provide, or fail trying."

More stories from Thavien Yliaster and writers in Fiction and other communities.