by Sonny Estrada 10 months ago in Sci Fi
Report Story 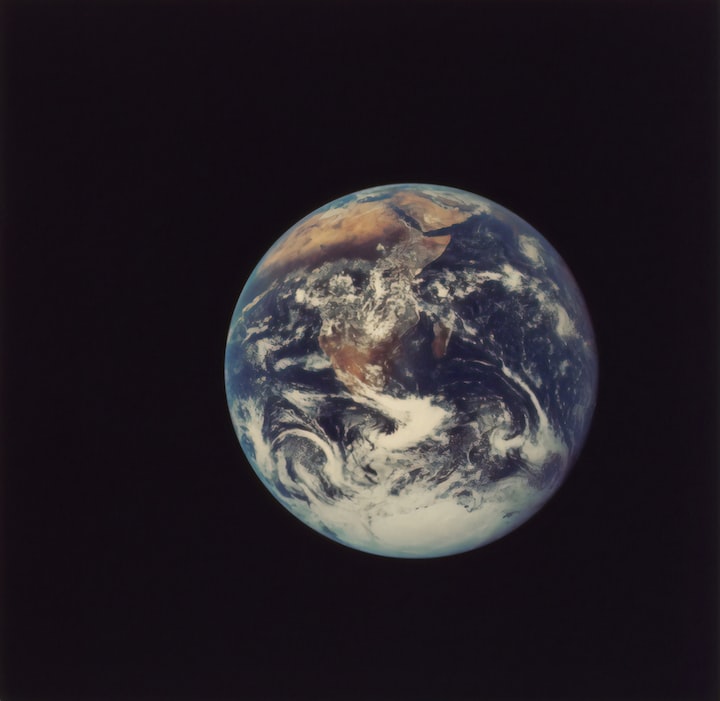 Computers in the Main Hull whizzed and clicked as people adamantly punched in coordinates and logged in launch codes for the pods descent to Earth. All personnel were swiping monitors or pressing buttons. Isaac walked through the middle of the hive, down a long walkway until he reached the Captain.

'As you may have heard from the announcement this morning, we will be sending pods to the Earth very soon. As a leading officer in all the major fields, I am promoting you to lead commander on the first mission,' the Captain said with an air of triumph. 'You'll be leading a select group of people that will aid you on your campaign. Some you know, some you may not.'

Isaac's jaw dropped slightly as he sighed. 'I thought it was our decision whether we wanted to leave this hunk of space junk. Well, I'm staying.'

The Captain chuckled before continuing, 'Well, that's a shame. Because now it just became an order. Look, Zeek, you're the best we got. Even if you are nut-job. I'm counting on you to get as much information as you can so we can all get off this bucket. You understand what's at stake here don't you? The future that we'll leave our children is right in our hands, and I need you to be at the forefront.'

Regardless of the Captain's silver tongue, he truly felt the same. He didn't want to leave. He'd ride it out as long as he could. 'Look, Cap, I'm not--'

'You look!' the Captains voice changed. 'No one else is as qualified like you are. You have the best record in all categories, and you everyone you meet in the pit gets sent to the med-labs. There is no one else qualified. You're going and that's final.'

Isaac turned around to walk away when he heard the Captain over his shoulder say, 'you're doing Human Kind a favor, son. Don't forget that.'

The pods would be rocket propelled from the Adonis in tiny bursts of fuel would push the them into Earths atmosphere and after that, the people inside would truly feel gravity for the first time. Anticipating the descent and the inevitable vomiting, the Captain preemptively had someone in the maintenance crew install small waste baskets by each seat that was accessible in case they were needed.

Each of the pods was large enough for two-hundred people comfortably. But there were more people on the Adonis than there were pods, so it would be a tight fit. The Captain didn't think it a problem.

Part of the educational curriculum was space flight and how to maneuver a craft, such as the pods, in an atmosphere with higher gravity and the elements. Something that they only experienced in virtual reality. This program was introduced in the last 10 years, and there were only a handful who passed all of the simulations. Isaac held the number one spot for the past two years.

He looked out of the windows in the docking bay where the pods were being filled with luggage and belongings. He stared at the Earth and the blue-gray oceans on it's surface. His stomach was turning, but he figured it was because he skipped breakfast. Not because he was about to leave everything he knew behind and enter a new and strange world. There were only stories to go on, and he didn't like them. They were tales of horrific monsters and deadly plagues.

On the Adonis, there was never sickness. It was always kept sterile and free of germs for the most part with self cleaning gadgets and tiny robots whose main function was to continually keep the ship tidy.

So the thought of it made his stomach retch a bit more. That wasn't because of breakfast.

He was still staring out of the window when Olly tapped his shoulder. Turning around in a swift motion, Isaac was a bit startled from being immersed in thought. 'hey what's going on? So you decided to come after all? That's good news buddy. This is going to be great!'

He didn't, however, share his companion's enthusiasm. It did dawn on him that regardless of what he felt about the situation, this was going to be one hell of an adventure. He imagined that it would take a couple of years to even start thinking about rebuilding. Where they landed would make all the difference. Everything counted on perfect calculation and scans of the area, not to mention the initial scouting, before they could begin transporting people en mass.

And he would be right at the front of it all. Whatever came his way, he would be calling the orders and he didn't like the thought of it. He wasn't one for barking orders like some drone. It just wasn't in his nature. But there he was, commanding a damn scouting mission because of his unfortunate aptitude. The only plus side, he thought, was that he'd be stationed in the cockpit with the pilots and not in the main compartment with all the whining babies and sick people that would probably make a mess.

'Aren't you gonna miss the place Olly?' he said.

'Nope, not at all. I'm happy to get off this piece of space junk. We've been up here for stars know how long, isn't it going to be great to finally see what gravity feels like?' his friend was saying as he put some of his belongings on to a nearby crate.

Isaac sighed. All of his things had been placed on the ship he was going to be on and there was only to wait until all the passengers where onboard. There pod would be the first to go. Everyone on board was skilled in some way. Technicians, engineers, chemists, and biologists.

This team was assembled for the soul purpose of getting everything in place for the next transport of people. Their task was to set up a base camp and have it running by the time the captain got there. Captain Galloway would eventually have to leave the Adonis in order to command those on the surface. He was able to monitor them from aboard the ship and keep communications open, but it just didn't feel right. He had to be there on the ground for morale. And his second in command was more than capable of handling things.

Everything had to be in order before he left. If needed, when he was on the surface, he would be able to get back on this ship; however unlikely that would be.

Looking at the display next to him, he noticed all of the red lights and one Green. It was the bay that he was in. Pressing a button on the console, his voice broke whatever conversation him and his friend were having over the intercom.

'I see that you boys are almost ready. ETA 20 minutes. You all packed up?' cracked the Captains voice. 'You know, once you're down there, you're down there. So if you have left anything, be sure to radio it in, and we'll send it in the next transport of personnel.'

'Got everything I need right here,' Isaac said patting his shoulder bag.

'Same here Captain,' Olly said pointing at the crate. His bag was spilling over with his things and unzipped in some places.

'Just fine, just fine. Report before departure. Out,' and then the Captains voice cut off.

After fifteen minutes, Isaac pressed the contact directory and swiped through categories until he came to the main hull. A small icon that simply said talk was right beside the name. He pressed it and was immediately in contact with the Captain.

'This is Cricket, five minutes until departure,' he said.

'Very good, is everything in order?' the Captain questioned.

He was cut off as the Captain continued, 'Remember that I will be joining you with a few month's time. I need to stay on the Adonis just long enough to make sure that she will continue to stay on course. See you then Commander.' His transmission was terminated before the newly dubbed Commander was able to put in a single word.

'Alright, you heard the man. You ready?' he asked. His eyes filled with salty tears of excitement. And there was something caught in his throat. He couldn't explain the feeling if he tried.

Both of them walked up the ramp and walked passed the passengers. The sliding metal doors made a hiss as they opened and a soft clank as they shut. Inside the control room, the pilots were busy at their computers. Setting coordinates and double checking all of the systems to make sure that they were working properly.

Isaac sat at the front of the ship where a large window made the Earth visible. Soon they would be over the desired spot and launch. His heart was racing. It felt as if he was losing his old life and being thrown in to a new one.

'Location affirmative Commander, on your order we're ready for launch. All passengers accounted for and the launching platform is cleared. Air locks initiated. All Systems online.' someone said in the rear.

The boarding ramp slid and disappeared inside of the pod and the hydraulics let out to jets of steam. One of the pilots flipped a switch and the pod rumbled into life. All the interior lights turned on and everyone in the main area looked up and around.

Looking around at his crew, he hesitated a bit before he said, 'Launch'. A hatch just wide enough opened. The pod's jets screamed to life in a swift burst of energy. It created a cloud of smoke and the craft was off the platform. Headed toward the Earth's surface.