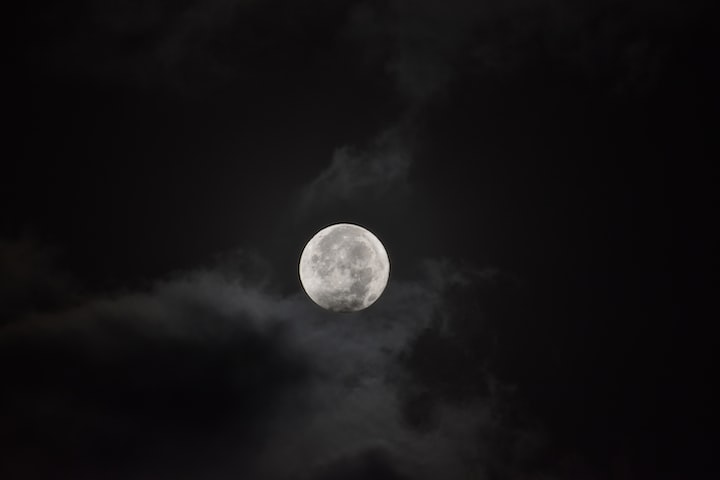 Photo by Rémi Müller on Unsplash

This kind of devastation will take more than a lifetime to recover from. Who would have ever thought that I’d live to see the day that society collapsed? That was five years ago. It’s a day that I will never forget. I went to sleep proud of myself for getting accepted into an Ivy League college so excited to get away from my conspiracy theorist parents, and woke up to the end of life as I knew it.

During the middle of the night five years ago there was a powerful solar flare that obliterated technology. The flare was so powerful that it ruined electrical grids, the internet, and all satellite communications. The new Dark Ages had began. Who knew that the sun, such a powerful source of light and life would betray us and turn out to be our biggest threat? I wish that were our biggest problem.

After the solar flare human civilization went downhill, and fast. Because we relied so much on technology, no one could function and complete anarchy broke loose. Law and order are non existent now. When governments collapsed people didn’t know where to turn which gave rise to religious cults. These cults started as a way to give people hope and a sense of community but soon turned deadly. The punishment for all crime is death. In a world with such lawlessness, crime is whatever the leader of the cult says it is.

If you want to survive in this new world, stay away from humans. Humans are dangerous. I’ve been on my own, and in hiding for three and a half years now. My parents fell victim to the local cult The Children of the New Age. My father thought that they were humanity’s only hope. He was wrong.

Even though I knew he was wrong, I couldn’t stand to leave my parent’s behind so I stayed with them. By the time my father finally realized that the leader was nothing more than an irrational, thieving, savage man it was too late. He tried to get us far away to start over somewhere else. Unfortunately for my father once you’re in, there is no leaving. Trying to leave The Children of the New Age is a crime, and his punishment was death. His death was to be burned at the stake. My mother couldn’t bare to watch my father be burned alive and ran into the fire with him. I tried to stop her, but to no avail. Amid the chaos, I managed to escape into the darkness. I will never forget the sound of my parents screams as savages cheered and delighted at the sight and smell of burning human flesh. That sound will haunt me forever.

“Get up Rosemary”, I thought to myself as I rubbed my fingers across my necklace, an antique heart-shaped locket given to me by my father when I was 5 years old. Inside of the locket is a wedding photo of my parents, and it is all that I have left of them. I just wanted to sit in the dark and not face the ruins of my hometown. “No I won’t get up” I replied to my thoughts. “I will just sit here and think of the good times.” I rubbed my father’s locket wishing I had listened more. Growing up my father forced me to learn to hunt and fish. He forced me to be a sharecropper, and walk for miles and miles to learn my surroundings. I couldn’t have survived these dire times without the skills he passed onto me. Everyone in town called my father crazy. My father scoffed at anything related to technology. He believed that we were meant to live off the land and nothing else. Now everyone is gone. I am only here still because of my crazy father.

“Get up Rosemary”, I thought to myself again.

Finally I stood to my feet to continue on my journey to a plot of land in the woods outside of town that my father purchased years ago. I could hear my father’s barn owl so I knew I was getting closer to my destination. I had only a short time before the sunrise to make it there, and I can only travel at night during complete darkness. I am a fugitive. If I am captured I will be sentenced to death. I am beginning to wonder if that is a better alternative to the misery here on earth.

My father’s land is close by, but the darkness makes it feel miles and miles away. I haven’t been back to the land since I was a little girl, but I need to know if what my father said was true. My father always talked about a secret underground bunker that he and my grandfather built. He called it the ‘Doomsday Shelter’. I hadn’t attempted to travel to the doomsday shelter before because I couldn’t understand why my father after all his preparation for the end of the world, would choose to join The Children of the New Age. If this place is anything like my father said it would be, we could have survived and my parents will still be alive today.

As I continued on my journey through the woods desperately needing rest and water, I heard faint voices up ahead. I froze in fear of my footsteps drawing attention. “What am I going to do?” I asked myself. There is no way I could turn around and find shelter before sunrise. I had to keep going. I rubbed my father’s locket once more then stuffed it into a hidden pocket that I made myself. I will keep going no matter what happens next. I am done running. I am done hiding. I gripped the .32 caliber pistol that I had never used before, and proceeded to my destination swiftly being sure that my footsteps where soft and unheard. As I got closer to the voices I soon realized that I had to pass by them to get my father’s land. I decided to retreat and try my best to find shelter before the sun rose when I stepped on a pile of tree branches and fell to the ground. The branches made a loud snapping noise and instantly the voices went quiet.

Silence. The sound of my heart banging against my chest was all that could be heard. Suddenly the sound of footsteps approaching. “What do I do?” “Is this the end?” I closed my eyes anticipating the worst when the footsteps stopped right beside me.

I held my breath so that my heavy breathing wouldn’t give me away. “Get up” I heard a familiar voice say sternly. I couldn’t move. “Get up” the voice repeated loudly. I stayed frozen when suddenly a bright light blinded me.

“I knew you would make it” the voice said as the light moved to the face of the man talking. I gasped. It can’t be. It is! “Dad!” I ran into his arms and sobbed when my mother approached me and wrapped her arms around me and began sobbing as well. “I don’t understand”, I cried. My parents grabbed my hand and led me through the dark woods until we reached my destination. I couldn’t believe it. I had spent years mourning my parents, and here they are in the flesh guiding me to safety just like they did my entire life. I could feel the scars of the fire that night on their hands.

After settling into the Doomsday shelter, my parents told me the story of how many of the townspeople stood up to the leader of The Children of The Age and rescued my them. Although badly injured my father was able to lead fifty people to the safe walls of his doomsday shelter. I was no longer alone, and there was still humanity in the world.

I settled onto a cot my mother set up for me, but I couldn’t sleep. I changed the moment I saw my father’s face. I am no longer going to run and hide. I must stand and fight. I must restore humanity. I felt my eyes getting heavy. I need sleep. I’m going to bed a girl rescued by her parents, and I will wake up a soldier in the fight for all humanity.

More stories from VOR and writers in Fiction and other communities.