by 肖湾 4 months ago in Humor
Report Story

Chapter 18 Slap in the face 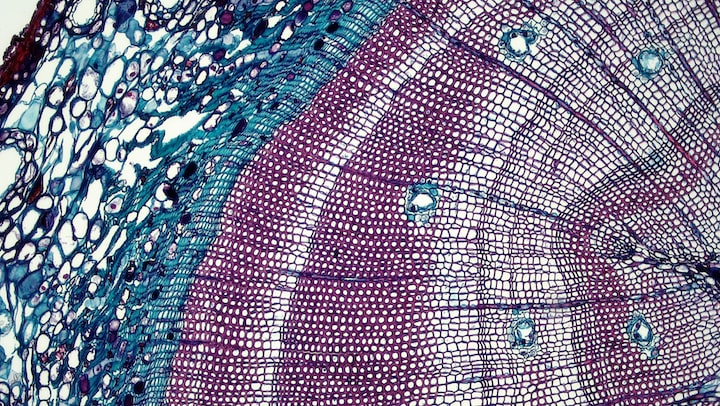 Photo by Fayette Reynolds on Unsplash

The stillness of the morning was shattered by a sudden, outrageous sound. The ajar courtyard gate burst open and four figures burst in.

Wu Tong, two Lin and three Wood were in front of them. Behind them, a young man in his twenties, dressed as white as snow, with a rather handsome face, but his face was pale, and the corners of his mouth turned up slightly, with a faint faint smile.

At the door of Nie Kong's bedroom, Wu Tong blew it out with one blow. The door, which had been repaired only a few days, was once again in trouble, and even the walls also followed with a few tremors.

Nie Kong landed on his feet, looked at the people who appeared at the door, such as the warrior children smiled and said a word, and then picked up the clothes to put on calmly. Clothes in this world are more complicated to wear, far less convenient than in his previous life, Nie Kong pondered whether he would be free to customize several sets in the future.

Wu Tong, two forest and three wood are one leng, the original imagination of Nie Kong panicked expression did not see, but calm some abnormal.

Originally, they came with the mentality of playing cat and mouse, but Nie Kong's reaction made them feel very uncomfortable as if they had punched the cotton ball. Three people exchanged a look in the eyes, in the heart of the great feeling of doubt, this sick Yangzi not panic, difficult not to be fearless?

The idea struck them as a little ridiculous, for they knew all too well the wealth of the sick young man, not to mention the ten thousand gold pieces they had bought for the "spring Dew", and even if they had sold all the little things in the house, they would not have been able to raise a hundred gold pieces.

Finally putting on his clothes, Nie Kong pulled his belt a little too tight with one hand, touched the back of his neck with the other, and said with a slight smile: "Three, is it still painful here?"

Their faces were red and angry.

Nie FADdish CLOSED THE end of the home this morning, three people hurried to complain, adding to the performance of Nie Kong in recent days said again. As a result, three wood carelessly, the Nie Kong had to scare, play with their things also gave out, Nie popular scolded a dog blood drenchhead.

Now Nie Kong laughed to mention this fault, just like salt in their wounds, the three people wanted to rush to beat Nie Kong's head into a pig.

A cough rang out, the three men suppressed anger, bowed out of the door. Nie Faddish squinted eyes, carrying his hands, swaggering in, surprised by a flash, his eyes become sinister and malicious, let him look like a ferocious fangs, ready to bite people.

Don't look at NIE faddish looks very calm, but strong anger is in the chest to keep churning.

This PERIOD OF TIME, NIE FADDISH IS EVERYTHING IS not GOOD, first closed for a few days TO IMPACT THROUGH the nine products, the results of failure, but also a few just into the spirit of the peers soon jeered. After storming back home, Nie faddish and heard that Nie Kong not only pathological disappeared, but also repair for soaring, so that he closed before the plan to be completely useless, this is not the same as hitting his face?

By a once dismissive of the sick Yangzi hit the face, this let his face to where? Moreover, NOW in NIE young generation, almost everyone knows he NIE faddish to flower eyebrow covetous heart, if do not get the flower eyebrow hand, this will certainly become the laughingstock of others.

Nie Kong seems not to see Nie faddy look, think of the Nie faddy at the end of each month will go to the "ice cave" closed practice habit, so laughed: "three young master in the ice cave closed for a few days, must have successfully broken through to the nine products, melt spirit realm is just around the corner."

Nie Kong a look at the expression of several people, know Nie faddish this closed mostly fruitless, his words to think is to poke in his pain. However, Nie Kong did not care, he and Nie Faddish between the original no room for change, more offended him a little, it does not matter.

The warrior boy heard the order, busy forward half step, face a sinking: "Nie Kong, nonsense not much to say, you must have known the purpose of the three young master?"

The warrior boy stared at Nie Kong closely, and finally got his wish to find a trace of hidden tension in his look. The heart was secretly proud, and I knew that the peace of the sick young girl was absolutely put on! Warrior boy hey hey sneer way: "If I don't remember wrong, last time you said to return a bottle of 'Hui Chun dew' to three young master."

"Well, then, take out the Vermiliol." The warrior boy sneered, and cursed in his heart: Pretend! You fucking go on pretending! I thought I'd get away with it.

"This......" Nie Kong's eyes flashed a trace of struggle, that straight waist slightly bent a bit, said, "really want to take out?"

"Take it out! Seeing Nie Kong's appearance, the warrior boy finally had a little bit of victory pleasure, high spirits to stretch out his hand, days of suffocating breath dispersed half.

"Take it out! "Cried the warrior boy.

"Take!" Hey hey, can't pretend to go on? The warrior boy is great, all suffocate sweep away.

"I did take it." Nie Kong gnashed his teeth.

"Take it, take it quickly, you take it out." Two forest and three wood also be shuang Shuang, can not help but, in the back of hee hee ha ha.

"Nie Kong, I don't think you do." Wu Tong said with a strange smile, in his eyes, Nie Kong now is like a small sea fish leaping to the shore, just in the dying struggle, he wants to squeeze the small fish flat, squeeze the circle.

See this scene, Nie faddish corner of the mouth is turned up higher, disdain smile is revealed, still think this small goods will die support, did not expect this quick dew sink, life is really...... Lonely as snow! Think OF that BEAUTIFUL FACE OF FLOWER EYEBROW HOWEVER, THE FIGURE OF JIAO QIAO, NIE fADDISH IS LIKE snow lonely heart hot rise again.

"I really... I did, did you... Don't you regret it..." Nie Kong contained chest shrink back, hesitantly.

"Take it, take it, we have no regrets." Wu Tong was joking, and two Lin and three wood were smiling at Nie Kong, and they became two big buns.

Nie Kong suddenly grinned, his right hand on his chest, his waist suddenly straightened, and a small jade bottle as big as his thumb head appeared in his palm.

"Is this Vermiculae? Think I am three years old child, with this three young master gave you 'spring dew' bottle can get away with, ha ha, really laugh me to death......" Wu TONG LAUGHED WANTON, GRABBED A SMALL JADE BOTTLE FROM NIE KONG'S HAND, THE BOTTLE STOPPER WAS PULLED out WITH A sound of "DONG", a WISp of thick fragrance CAME out, WU TONG CHEEK A STIFF, like a DUCK suddenly PINched neck, laughter suddenly stopped.

More stories from 肖湾 and writers in Fiction and other communities.