by 肖湾 10 days ago in Humor
Report Story 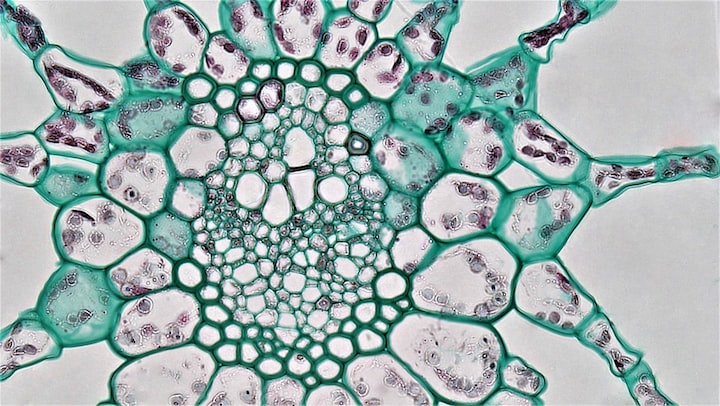 Photo by Fayette Reynolds on Unsplash

Within the trance, the silky soft touch touched the skin from time to time, and finally moved to the lower abdomen. Nie Kong's hair exploded all over. Perhaps he had just been immersed in "healthy muscle and bone soup", and his blood was exuberant.

Nie Kong suddenly woke up and saw Huamei standing at the edge of the bath bucket, holding a dry towel in one hand and tightly covering his mouth in the other. His black eyes were wide open, and the white and tender Qiao blushed like ripe persimmon, delicate and charming.

Almost all the water in the tub was scooped up, and most of the water stains on Nie Kong's body were wiped dry.

Seeing this, Nie Kong knew what Hua Mei was doing. I think she saw herself asleep in the bucket and was worried about getting sick from the cold water, so she planned to get herself out of the bucket. After all, the cold winter was coming, and it was still cold in the south of the Celestial continent at this time.

However, it was only when Nie realized that her legs were so thick and ugly that she realized why she had suddenly screamed.

See Nie Kong wake up, the eyebrow is blushing heart beat, eyes shifty, stammering explanation way: "Uncle, I... I am a... Want to help you..."

Nie Kong busy way: "I know, sister-in-law, thank you, below let me come."

Nie Kong long to ease tone, looking at the abnormal arrogant little brother, can not help but secretly scold, although the man wants to be firm, but you when FIRM is not good, must be firm at this time, harm Lao TZE make a fool of himself? After whispering a few words, Nie Kong got up to wipe his body.

While he was busy, Nie Kong had been dreaming about his parents who had already passed away in his previous life, about the bustling city and the quiet villa he had built in his previous life. In the dream, he faintly heard someone calling his name, and now he realized that it was Huamei calling him to wake up, because he had been unwilling to wake up from the familiar dream, which forced Huamei to do it himself.

Reborn in this world only a few days, but for him, it seems to have passed centuries, during the busy and intense training, let him almost no time to recall the past life. Now this as the ancient society general day spirit continent, spirit division, family, sect, between the country killing constantly, crisis, efforts to enhance the strength is the only way to protect themselves, not to mention in this home, there is a sister-in-law needs him to protect, as for the previous villa, car, computer...... We're never gonna see each other again.

Collecting his mind, Nie Kong looked at his body. Not surprisingly, this time after the absorption of "Jianjizhuanggu soup", the physique has become a little stronger, but compared with the first time, there is indeed a world of difference. Of course, for Nie Kong, this body was almost enough for the time being.

There was no talk all night.

Nie Kong woke up the next day feeling refreshed. When the morning sun rises, Nie Kong, who has had breakfast, and Hua mei explain that they run to the drill field in the past.

When Nie Kong arrived there, he found that the number of people who came to the training ground was much more than that of the previous day. When Nie Kong passed through the drill field, people from time to time paid him the eye.

Seeing this, Nie Kong was secretly delighted. It seemed that yesterday's practice had caused quite a stir in Nie's family, and it was better. The more people concerned about him, the more a guy like Nie Faddish would not dare to engage in any plot easily, unless he dared to risk the family's great treason.

Entering the small forest in the northwest corner of the drill field, Nie Kong was a bit dumbstruck. The figures in the forest were flickering, and almost every red marlet wood was occupied. As soon as his figure appeared, dozens of glances were cast, a mixture of surprise, curiosity, suspicion, amusement and mockery.

"Look, look, that two days to promote the three repairs, known as the 'genius of genius' Nie Kong has finally come."

"He is the only wood spiritual master of our Nie family for 300 years? Well, she looks fine. She'll see what she sees later."

"Two DAYS THREE GOODS, BE AT THE BEGINNING NIE FengLEI ALSO DIDN'T SO CRAZY, WANT TO KNOW NIE FengLEI BUT BE PRAISED AS THE family HISTORY THE most OUTSTANDING GENIUS."

"Well, how else can one call himself a 'genius of geniuses'?"

"Hey, does he deserve to call himself a 'genius of geniuses'? Nie FengLEI 12 years old CHANNeling, 15 years old melt spirit, 19 years old spirit, that is called 'genius in genius'. This call what NIE Kong OF, 18 years old just a mere POLY LING six products, to Nie Fenglei shoes are not worthy."

"Words can't say so, this Nie Kong a few days ago was a poly Ling, so quickly promoted to six, this speed is a miracle."

When some people say the words "genius among geniuses", they deliberately raise their voices to make Nie Kong's teeth ache. Although this is the effect Lao Tze intends to create, when did Lao TZE ever call himself "GENIUS among geniuses"? Is it YOU WHO PUT this hat on my head?

Nie Kong experienced the power of gossip for many times in his previous life, and he experienced it again in this life. However, some novel news would become exaggerated and bizarre after being heard by dozens or hundreds of people. Nie Kong did not care about these very boring guys, and searched the forest by himself.

Ten seconds later, Nie Kong's eyes lit up, and the edge of the forest was still empty.

So lucky? In order to avoid the last red marlet being occupied by people, Nie Kong did not hesitate, swish at once three steps and two steps rushed past.

A large and tall figure suddenly came in from the side and stood in front of Nie Kong, Shouting loudly: "Hey! Brother, this red marlet I occupy first!"

Nie Kong frowned slightly, looking at the front of this guy. He was eighteen feet tall, with a strong body and a young, dark face. He was fifteen or sixteen years old.

"I heard that you practice faster than NIE FengLEI also fast, only a few days from the POLY LING A PRODUCT TO POLY LING SIX products, brother my hand is a little itchy, want to find you play play, if you win me, this position let you." The young man in black, with a grim smile on his lips, spoke in an unmistakable tone.

"Nie Kong, promise him, this nigger really needs beating. You are the genius of geniuses. If you dare to challenge him, you must crush him!"

Almost all around were teenagers of the same age, now as if playing chicken blood general excitement, Shouting in various tongues.

At this time, Nie Kong did not know that it was not his own good luck, but the blackface boy deliberately left a red shirt to draw his bait, and those around the world with all kinds of words egged on Nie Kong promised to play, I am afraid that all of the blackface boy's accomplices.

More stories from 肖湾 and writers in Fiction and other communities.