Death of the Fountain Giants

by Duncan Dempsey 2 months ago in Fantasy
Report Story

The Pack Above All 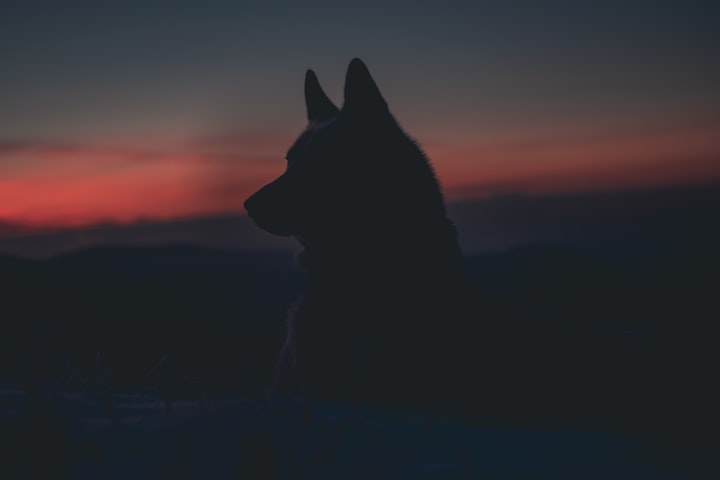 My fur bristles with remorse and excitement. These feelings are new to me, and I struggle to write down my thoughts. Forgive the haphazard nature of the script, I am not well practiced in the art. Among my people, I am learned, but that doesn’t mean much in the field of letters.

We are a beastly people. We are dogs of war, knowing little of the subtle arts of diplomacy and tact. We hunt and we kill, and peace makes us soft. Our leaders are mean, and our religion, once freeing, now oppresses us. We listen to those that tear the Pack apart, crowding out those that would bring us together. We are pack animals, and put the Pack above all. But the Pack is crumbling.

That is why I killed the Fountain Giants.

The stone men that pumped water into our Basin, deep in the canyon. I eroded the walls of their cave until it collapsed, trapping them inside. Perhaps they yet live, but they can no longer provide us with their service, the water without which we will surely perish. The fools in charge look to each other for blame and wonder if the Moons have cursed them instead of searching for another source of life for their people.

I did it to bring us together. We were once a nomadic people, hunting across the Great Plains of Alkran, sleeping under the sun, watching our Moons rise and set, and living free and fully. We were one, then. One body, one mind, one heart. One Pack. Then came the Elkrish, with their swords and their spears and their armour, driving us into the canyons, collapsing the ways out. When so recently we had roamed the plains, suddenly we were trapped inside these stone walls, growing bitter and resentful. After many moons of torment and infighting, our Pack finally disbanded, splitting itself into the various corners of the canyon. The Talgu, we called it. The Prison.

Few of our elders still remember the days soon after we came to this Talgu. They were just pups, but such a memory does not leave one so easily. I fear the day when they take those memories with them to the Grazing Lands.

As the legend goes, my Great-Grandmother was banished from her Pack for a crime she did not commit, and wandered the Talgu as a marked loner, no one willing to lend her aid. She grew delirious and thirsty, having found herself in a part of the canyons with no streams or flowing water of any kind. On a cold, cloudless night with the Moons shining full upon her, she curled up in a cave and prepared herself to join the Great Pack. She howled at the Moons, and for a moment, only silence answered her.

Then there was a rumbling in the far recesses of the cave. It sounded like several enormous feet, pounding away in the dark, getting closer. They stopped, and the night filled with the sound of creaking and pumping and flowing water. My Great-Grandmother could smell the pure water, saw it sparkling gently in the moonlight under a hole in the ceiling, and leapt down into the basin to drink and save herself.

She brought this knowledge back to the Pack that had forsaken her, and their leaders shunned her and threatened her. Others were afraid, for they knew the whole Pack wouldn’t be able to survive on what meagre food and water there was to be had. Those few chose to follow her, and she led them to the Basin, still filled with brilliant, clear water. The Giants were nowhere to be seen.

They reformed their religion, then, placing my Great-Grandmother at the center as the Lunar Pope. They sent runners out to each of the Packs throughout the canyon, telling of their discovery and their new, united purpose. They were the Watchers of the Moons, the Keepers of the Waters, and the Protectors of the Giants. They would no longer eat the creatures that live in the canyon, but would instead subsist on the insects and small bugs that lived in the ground.

Each of the runners returned with more followers. Some had entire Packs at their back. Most came for the waters and promise of survival and community, while others genuinely believed in the Lunar Pope and the dogma being pushed. At every Full Moon, the Giants would come out from their cave on the far side of the Cavern Basin and pull the levers and bring the waters, and there would be festivities.

All were welcome on this night, even the Packs that scoffed at this new religion, and they were all called the Tongu. In the morning they would be sent away to return to their corners of the canyon, while my Great-Grandmother’s pack would remain at the Basin as the Keepers of the Waters.

There were several rules that need be followed during this festival, but one was held above all, sacred as the Moons themselves. That rule was this:

“No Tongu blood will be spilled on the Full Moon.”

It was easy to follow this rule when the sentiment was fresh and new, but time passed, and my Great-Grandmother went to the Grazing Lands, running with the Great Pack. A new Lunar Pope was elected, and things began to change. The atmosphere around the Talgu grew tense, and factions began to form in the Tongu. The festivals became little more than meeting grounds, then trucegrounds. Animosity grew as others wished to be the Keepers of the Waters, and the Lunar Pack had to fight harder and harder to keep their sacred position.

I was born into this world of fracture and separatism. All I’ve known is strife and animosity, and when I hear stories of the first Lunar Pope, my heart howls out to my Great-Grandmother. In some ways she was too tender, but her legacy is that of a great unifier of our people.

Then the Sacred Rule was broken, and the Tongu was torn apart.

The Lunar Pack was attacked by a coalition of its enemies, and the Basin fell into the hands of the impure. The unordained.

So I collapsed the Giants’ Cave, and already our enemies are fracturing. They ask such questions as “Who did this?” “Are we cursed?” “What will we do now?” and they fight amongst themselves. It pains me to have had to punish those that had saved us and given life to my Great-Grandmother when she was on death’s door, but now our enemies are reeling. We will strike back at them while they are off-balance, we will unify the Tongu again, and when we are finished, we will leave this Talgu, this prison of a canyon, and we will march on the Elkrish and I will lead my people back into the world as the first Iron Pope.

A fractured Pack is weak to attack, but together we are strong.

The Pack above all.

More stories from Duncan Dempsey and writers in Fiction and other communities.